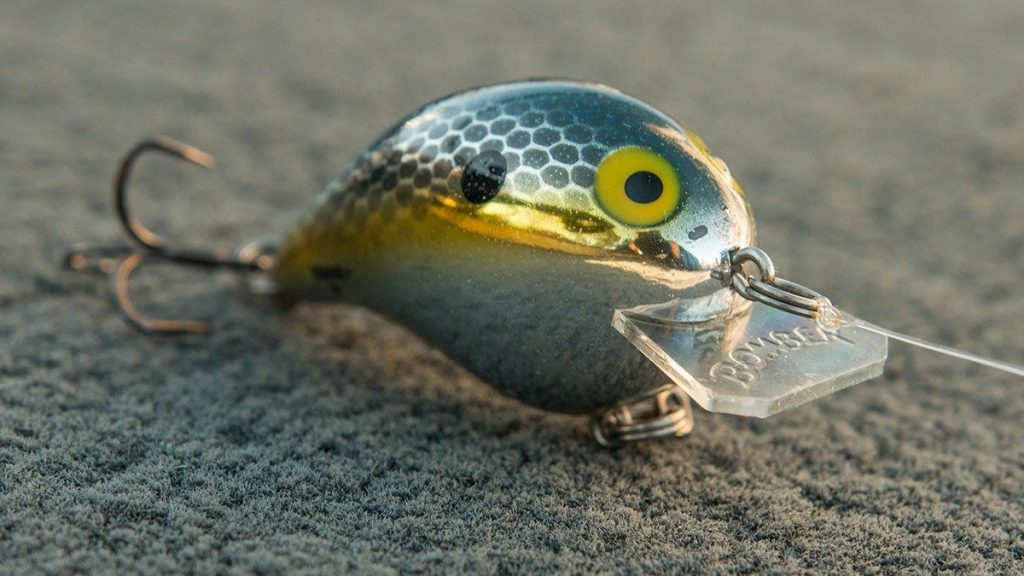 I usually like to begin my reviews by explaining when and where I heard about particular baits and how and why they were developed, but Iâ€™ll be honestâ€”I donâ€™t have anything for this lure. Until several months ago, I honestly didnâ€™t know this crankbait existed. Embarrassing, I know. I was organizing my tackle the night before a tournament and happened upon two Bomber Square A crankbaits. I donâ€™t know if a guide client left â€˜em in my boat or if they were an impulse purchase years ago. But I had no idea I had them.

Long story short: Iâ€™ve bought a lot more of them since my discovery. After months of catching quality bass on these plugs, I think there are a few important characteristics every bass angler needs to know about.

The Bomber Square A is not a big, beefy crankbait by any means. There are two models: The 1/4-ounce measures 1 5/8 inches and the 3/8-ounce measures 2 inches. While both sizes are relatively diminutive in stature, they perform excellently and catch some seriously big bass. 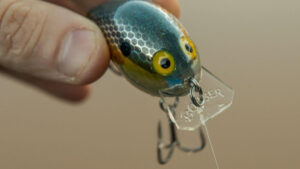 Most anglers will really appreciate this lureâ€™s ability to maneuver through thick cover without annoying hang-ups or snags. Its square lip design features chamfered, or cutaway, corners that allow the Square A to crash into and over shallow cover with very few issues. When you run this plug into hard cover, it doesnâ€™t deflect â€œtooâ€ much, which is important in my opinion. It kicks to the side just a few inches before quickly returning to its original path. This results in more time in small strike zones and in theory, more bites from big bass.

The durability of the Square A is also worth noting. A squarebill needs to stand up to whatever you throw at it because, after all, theyâ€™re the 4-wheel drives of bass fishing lures. I donâ€™t want to be worried about making an errant cast or knocking it against a dock post too aggressivelyâ€”Iâ€™m more concerned about making bass react. This particular lure has held up remarkably well to months of abuse. I havenâ€™t been easy on it; Iâ€™ve cranked a lot of chunk rock, dock posts and gnarly stumps and Iâ€™ve yet to notice any damage to the lure. Thereâ€™s no bill separation, cracks, chips or leaks to speak of. 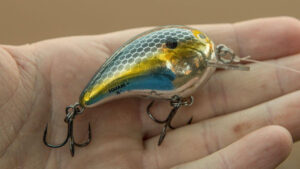 When I first discovered these lures in my collection, I was a bit skeptical as to how well they would run at high speeds. Iâ€™m not a big slow crankerâ€”I like speed. But many squarebills with short lips have a tendency to â€œblow outâ€ at high speeds and helicopter on top of the water. As it turns out, I havenâ€™t has any such issues with the Square A. Iâ€™ve actually used it quite a bit on a 7.1:1 ratio casting reel and Iâ€™m able to burn my reel handle without taking this plug off its original course. It will hunt a bit, like a good crankbait should do, but it doesnâ€™t lose its footing whatsoever. 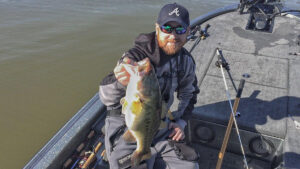 Iâ€™ve spent a lot of time fishing this lure since the very early stages of fall and have become a very big fan of its unique action. Although it has a very wide wobble to it, this little dude kicks back and forth very quickly, giving it a much different cadence and rhythm, if you will, than many squarebills Iâ€™ve tested. The water temperatures are dropping steadily in my area of the country, but Iâ€™ve still been able to catch a few bass on the Square A every time Iâ€™ve been out recently. It seems like its action is just enough to grab the attention of nearby bass, but not too much as to overpower them when theyâ€™re lethargic in cold water.

This is quickly becoming a major player in my dock fishing arsenal as well. Iâ€™ve actually been tuning the Square A to run just a bit crooked so Iâ€™m able to â€œsteerâ€ it underneath docks. Iâ€™m not exactly sure why it has proven to be so effective, but itâ€™s definitely an awesome dock plug. You can smack it against the posts and bang it on concrete seawalls without any worry of premature damage or loss of structural integrity. 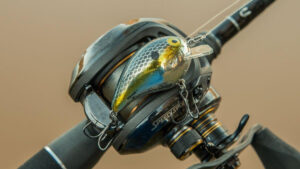 Donâ€™t think this is a â€œspinning rod crankbaitâ€, either. Anytime I see a crankbait this small, I start cringing at the thought of using it on my spinning gear. Thankfully, however, it casts quite well on casting gear. Iâ€™ve experimented with several different rod lengths, tapers and actions throughout my testing and have found it terribly difficult to beat a 7-foot, medium action casting rod when using the Square A. Itâ€™s small, so the soft tip wonâ€™t wear you out, but this particular action also allows you to properly load your back cast and make accurate casts to isolated cover.

The Bomber Square A has been rigged on at least one of my cranking rods for roughly three months, and I donâ€™t see it going anywhere. Itâ€™s a powerful tool when the fishing is tough and not to mention, itâ€™s only $3.89. I strongly recommend replacing the stock hooks before fishing it, but other than that, I have nothing but great things to say about it.

The Bomber Square A is available at TackleWarehouse.com. 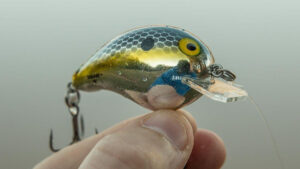