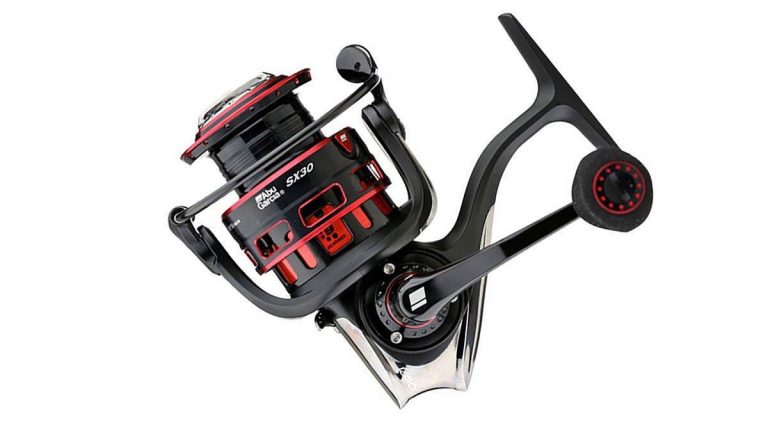 Finding a suitable spinning reel can be a difficult endeavor for even the most experienced anglers. I’ve used countless models over the years and I’ll often find a few small design flaws that result in a number of frustrating issues down the road.

I’ve had an opportunity to test the new Abu Garcia REVO SX Spinning Reel for the past several months and it’s one of the more impressive spinning reels I’ve used this year. If you’re thinking of adding to your reel collection, I think this particular model deserves careful consideration.

While I’ve always believed anglers can “get away” with subpar casting reels from time to time, I can’t say the same about spinning reels. If you’re not using a spinning reel with a good drag system or satisfactory line management, you’re putting yourself at a major disadvantage when a big fish decides to bite.

Anglers of all skill levels will appreciate the Insert-Molded C6 carbon body design and the one-piece aluminum gear box of the REVO SX Spinning Reel. While it may sound like a bunch of fancy speak to some, it essentially translates to a rock-solid frame that maintains an impressive degree of weightlessness. You’ll be able to crank on big bass with absolutely zero flex anywhere in the frame of the reel while enjoying its comfortable ergonomics.

You’ll also quickly notice this reel’s spectacular line management system. A combination of the Rocket Spool Lip Design and the Everlast Bail system allows the line to lay flat and compactly on the spool regardless of your preferred technique or lure weight. I’ve used a lot of reels in the past that are prone to enormous, random backlashes throughout the day but I have not had a single issue with the REVO SX. Even with stiffer fluorocarbon line, you won’t have to deal with any of those obnoxious wind knots or line loops when fishing in inclement weather. 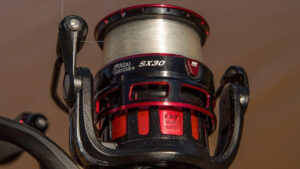 The drag of the REVO SX is outstanding. To put it to the test, I’ve purposely been targeting hybrid and striped bass with this reel and the results have been excellent. The drag starts without any hesitation and operates with exceptional smoothness as the fish surge towards deeper water. It has the muscle to coax fish away from cover, but plenty of finesse when you’re fighting larger fish in open water.

I’ve made a concerted effort to test the Abu Garcia REVO SX with everything from lightweight shaky heads to flat-sided crankbaits and it has passed all my tests with flying colors. It handles most lure weights with ease and makes tangles an afterthought when fishing in high winds. 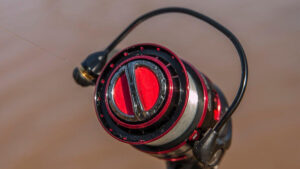 The hybrids and stripers have been biting pretty well lately, and while I prefer to target bass, I couldn’t help but put this reel against the long, aggressive runs of these fish. I particularly liked how the drag doesn’t surge throughout the fightâ€”when a spinning reel’s drag surges, it puts unneccessary pressure against the fish and can cause them to come loose with a simple shake of the head. This reel, however, continuously dishes out smooth drag without any hesitation which has resulted in a perfect hookup ratio throughout my testing. 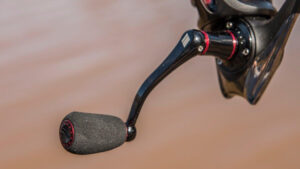 The castability of this reel is also worth mentioning. Even when casting into stiff winds, the REVO SX dispenses line smoothly, resulting in outstanding distance and accuracy. And as earlier mentioned, I haven’t had any of those dreaded spinning reel blowups while using it.

I would certainly recommend this reel to anyone looking for a high-performance spinning reel. Truth be told, I’m surprised it’s only priced at $159.99 because it performs like some of my much more expensive spinning reel models. At this price, it’s going to be pretty tough to find more value for your money.