Fall bass fishing is quickly approaching. According to the calendar, actually, it’s already here. Still though, across much of bass fishing country we’re still a couple weeks away from the first hard cold front of the year. It’s those first few repetitive cold nights that will really set things in motion and start the transition to fall fishing.

With the unofficial start to fall only a few days out for most of us, it’s a good time to start thinking in that direction. So today we’re going to review a jerkbait, one of the best fall fishing lure categories ever invented. We’ll be looking at the 13 Fishing Loco Special Jerkbait in particular. Let’s get started. 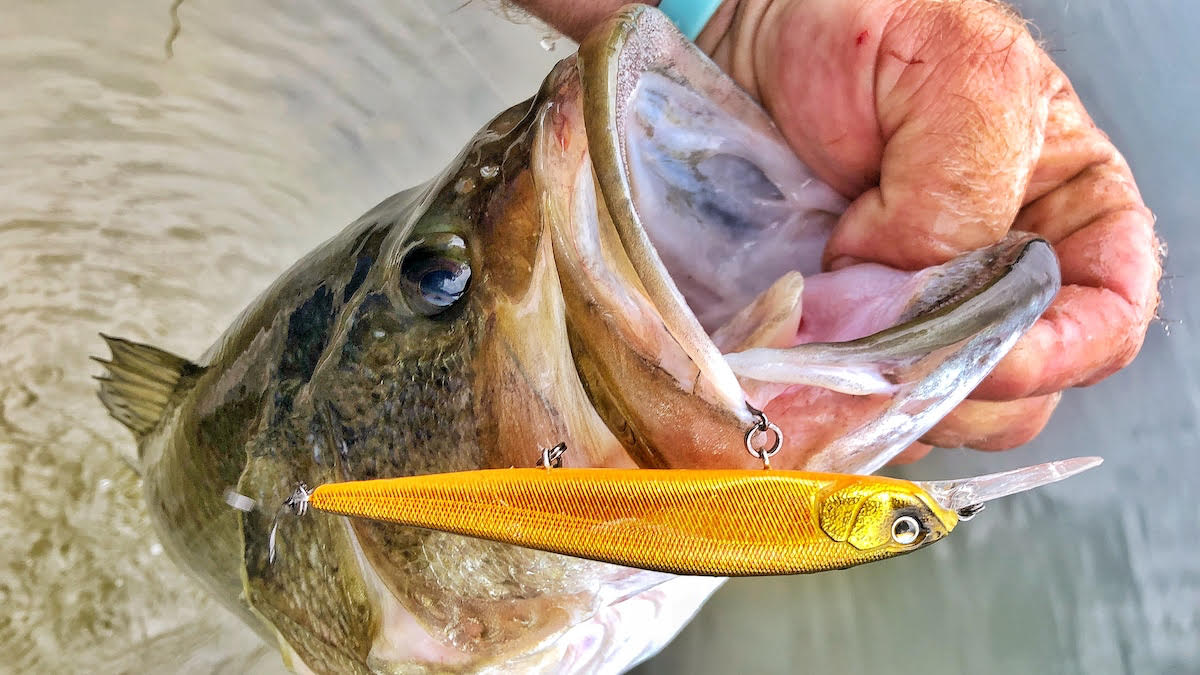 The starting point for reviewing any jerkbait has to be the action in my opinion. If you throw it out and the bait rolls over during the retrieve and hangs the line, review over. That happens sometimes with jerkbaits; you throw them out, start to work them and within a few pumps the bait fouls up and has to be reeled in. The 13 Fishing Loco Special passed that test right away.

Upon further inspection of the bait as it got closer, you could see it had a great side-to-side action on a double pump. Using a jerk-jerk-pause cadence, I could see the bait almost walk the dog under the water like you’d see from a topwater on the surface. There was a very rhythmic side-to-side action with a good bit of flash and still just a few subtle irregularities on each twitch to give the bait some erratic action.

The lure designer also incorporated a weight transfer system into the bait to improve castability. They did this by placing two fairly large metal balls in a long chamber. In the backcast, the balls load up in the tail. As the bait lands and you start to work it, the balls roll forward and down a step, landing in the belly of the bait and balancing the bait back out. This weight transfer system does a good job of creating a very aerodynamic bait that can sail a pretty long way. 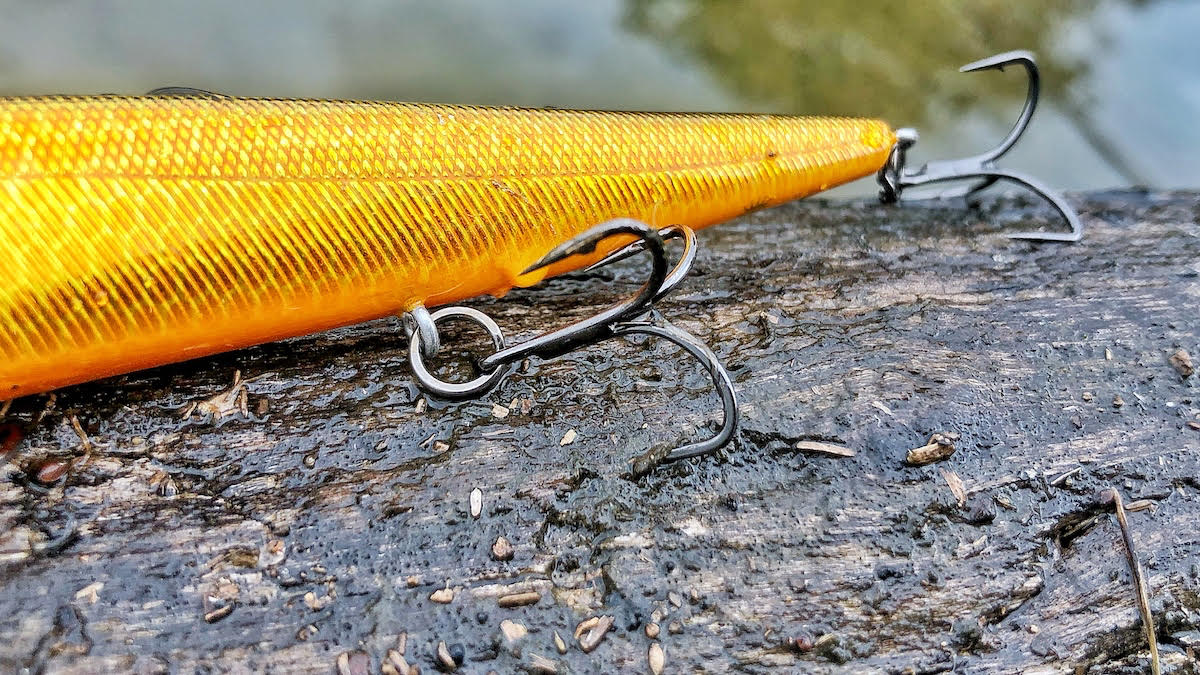 The 13 Fishing Loco Special is dressed out with some really nice trebles. Three Mustad KVD Triple Grips hang from the bait and do a good job of latching onto almost anything that takes a swipe at it. I did bend one of the hooks out on a 6 1/2-pounder, but that was more my fault than the hooks. I was throwing the bait on a fairly stiff 7-foot medium heavy with pretty big fluorocarbon and when the fish bit, I’m pretty sure the hook bent on the initial surge.

I had my drag a little too tight as well since I had been throwing a small swimbait on it and so I immediately started backing off of the drag. But the damage was already done. Still though, the fish had 5 of the other 8 hooks in it and there was nearly no chance it was coming off. Bending hooks on a jerkbait is just something you have to be careful not to do, even when they’re some of the best hooks out there—which I believe these are.

Jerkbaits do best with thin-wire hooks for both the action of the bait and the hookup ratio. Thinner wire hooks are better at penetrating fish in cold water and more effective at connecting with a bass that’s simply swiping at the bait. So these are the right hooks for this jerkbait in my opinion, but just be aware of your drag and be sure you’re not using to stiff of a rod so that when a big bite comes you can make the most of it.

The Loco Special comes in two sizes, a 3-to 5-foot diver and a 6-to 9-foot diver. I actually spent my time fishing with the deeper diving of the two baits and was really impressed with this version of the lure in particular. I fish local tournaments with my dad and one other buddy and we’ve had a hard time finding a deep diving jerkbait that we like. I like this one the most of any I’ve tried lately and think it might be a real contender for that slot in the arsenal.

One of the reasons being, it has such a good and consistent action. It’s hard to tell what a deep diving jerkbait is doing a lot of times because you’re working it so deep that you can’t see it. So if you get a jerkbait that has an inconsistent action and you’re fishing it deep, you may be wasting a good bit of your time in the strike zone with your bait just kind of shooting straight ahead, flailing around or fouling up.

I intentionally worked this bait closer to surface in some fairly clear water so that I could get a good read on the action and it worked really well as previously stated. Even when colliding with the bottom, the bait stayed upright and went back to working correctly as soon as I got it back up off the bottom. So if you’re looking for a deep diver in particular, I’d recommend checking this one out. 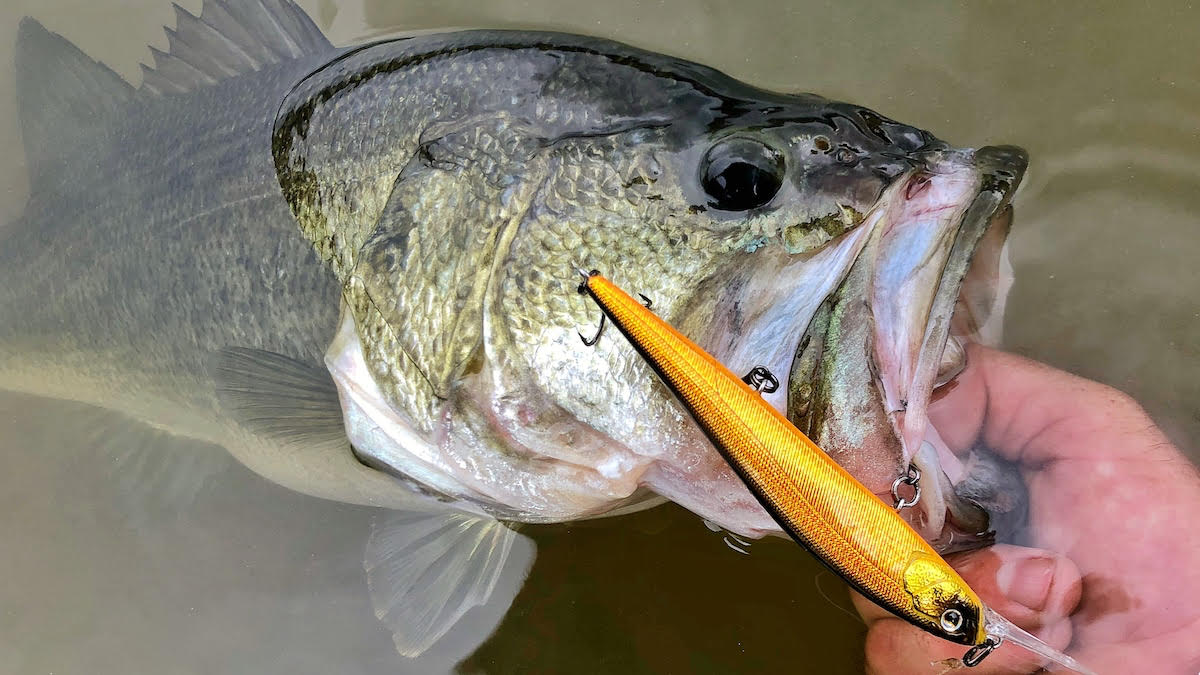 As far as jerkbaits go, the 13 Fishing Loco Special is a solid one. Coming in at $15.99, it’s not cheap. But it’s also not $30-plus like a lot of other jerkbaits are, while I do believe it’s just as good as most of those. And coming in 15 colors, there’s something there for any time of year, forage or water color. Also worth mentioning, this bait suspends really well, though I haven’t fished it in colder water yet to see what it will do then. Still I think it will likely stay pretty much where it stops on the pause.

With a good shape, a lot of detail and several colors to choose from, this bait is about as good a jerkbait as you can hope to come across. I particularly like that I had the deeper version to test out and that I was pleased with it, as that’s a rare occasion for me. And with some of the best hooks that you could possibly put on it, this bait is dialed in as long as everything else in the angler’s setup is up to par. Mine wasn’t, so learn from my mistakes. Other than that, tie it on and fling it out there. You’ll get bit with this one.

You can find the Loco Special at TackleWarehouse.com.