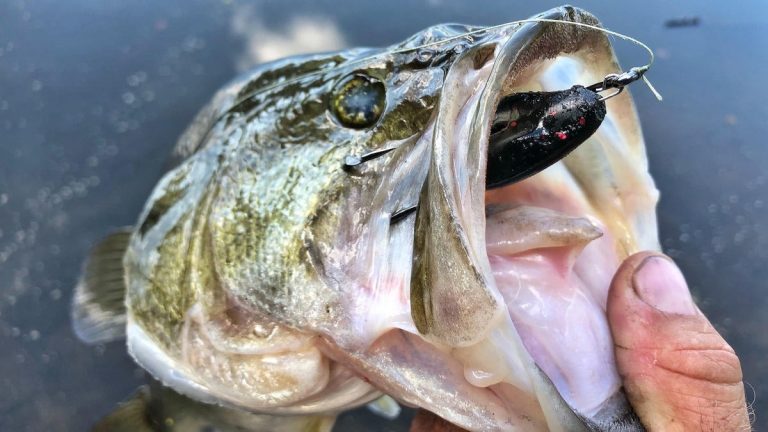 I’m not particularly partial to a double frog hook nor have I use a weighted frog hook too often. So I entered into reviewing the Berkeley Fusion19 Weighted Frog hook with a double dose of skepticism and bias as to whether or not I’d like it or see any value in the product.

That’s a tough set of circumstances for a product to overcome but I also believe in giving everything a fair shake and then assessing what I like and don’t like about it, trying to discredit any preconceived notions I might have in the process if possible. With that in mind, let’s see how this hook faired in the testing. 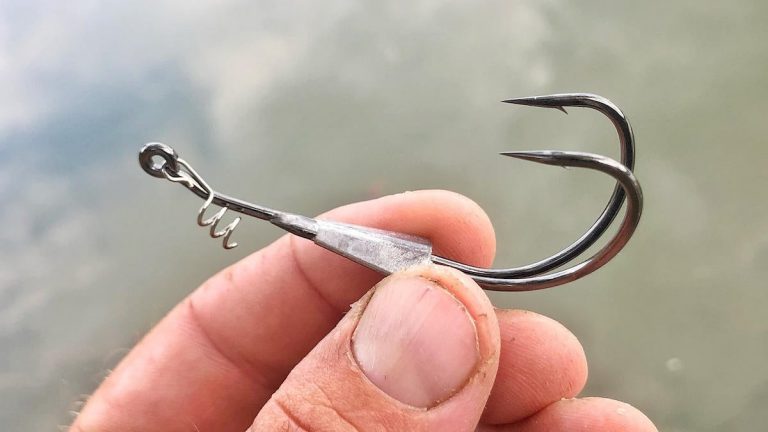 I am a creature of habit and I’ll be the first to admit that. When I started reeling a toad decades ago, I used an Extra Wide Gap (EWG) hook. I tried a double frog hook probably 12 to 15 years ago and wasn’t all that impressed. I don’t remember the brand I used then but I remember it bending on a big fish and that was all she wrote for me. I returned to the EWG and never looked back.

So when the Berkley Fusion19 Weighed Frog Hook came across my desk to review, it was the first time I had given this style hook another chance. The first thing I’ll say is that I didn’t bend this one and I’m not sure anyone could on a fish. That was the detrimental critique I had of that first double frog hook I tried years ago and was apparently the mental block that had kept me from tying one on again. But after really laying into a few quality fish with heavy braided like and a heavy-action rod, I’m pleased to say the strength of the Fusion19 Weighted Double Frog Hook is up to the task. 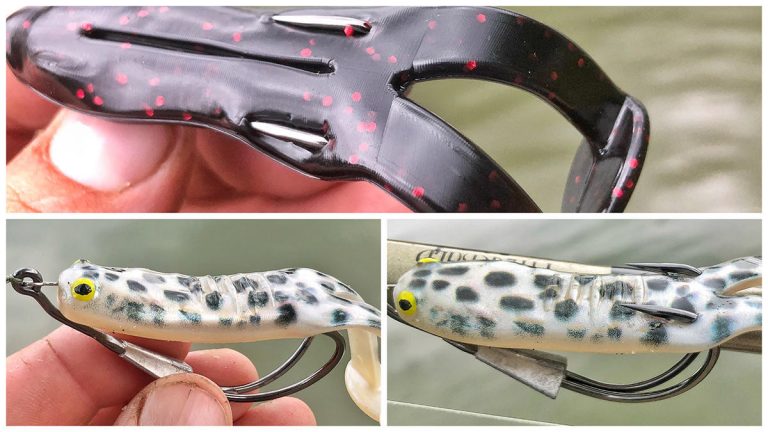 I also remember not really liking the rigging of a toad on a double frog hook when I first tried one out years ago. I didn’t like having to screw the frog on for whatever reason. But Hitch Hikers and other cork screw mechanisms have been added to several baits and hooks that I use now so this style of rigging has become pretty common place and second nature.

And I will say this, I went through fewer baits with this hook than I normally do with an EWG hook when fishing a toad. The screw lock holds onto the nose of the bait well and the double hook actually tears the bait less than the single hook does, I’m assuming because the fish are able to gain less leverage on the two hook shafts than they can when twisting and tearing the bait off the one. Whatever the reason, I went through less baits.

As previously stated, the idea of weighting a frog hook seemed a bit foreign to me at the onset of reviewing this bait. Why would I want to weight down something I intend to fish on the surface? That’s a fair question. And a weighted frog hook certainly isn’t always the way to go when fishing a toad, especially in open water. This hook was designed more for fishing in dense cover; lily pads, thick water willow, topped-out hydrilla or anywhere thick cover is present. The weighted feature of this hook helps out big time.

The weight helps the bait get down into the holes of the cover and create commotion along the surface where it can, whereas a toad rigged on a weightless frog hook would spend far less time in the water. The weight also helps you cast your toad farther, especially when using lighter baits. And you can still fish a toad rigged on this hook in open water if you wish, you simply need to hold your rod up and reel it a little faster. But if you need to slowly reel a toad, for instance around the prespawn or spawn when the water is still pretty chilly, I would recommend going with the weightless version. 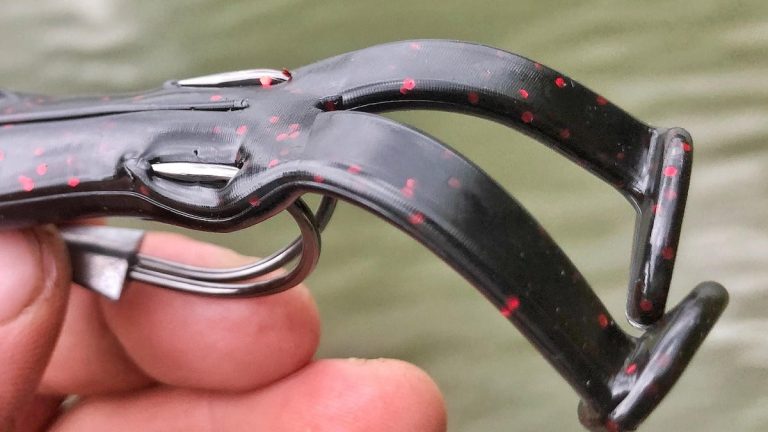 When rigging a toad on this hook, I first started off just bringing the point of my hooks to the top of the bait but not through it. Even with braid and heavy gear, it’s hard to achieve good penetration rigging the bait this way, especially using a tougher toad. So I then rigged the bait with the hook points exposed, all the way past the barbs. This worked really well, even in sparse cover. I was able to hook fish well and since the exposed hooks are on the top of the bait and the weight on the bottom, the bait rarely rolled to give the hooks a chance to snag anything other than a fish.

When rigging the bait for thick cover, I had the best results running the hooks all the way through the bait still and then skin-hooking the very points of the tips of the hook back into the toad. This made the bait pretty weedless while still requiring minimal effort to hook a fish.

The end result? I was impressed with the Fusion19 Weighted Frog Hook from Berkley. It is a far superior hook in strength and quality compared to the other double frog hook I tried in the past. A frog hook absolutely needs to be able to stand up to big fish, since that’s the primary thing I’m going after when I fish a toad. I now have confidence in this hook being able to do that.

In addition, it’s an effective hook when rigged properly to not only hook and land fish but also to conserve soft-plastic baits and save some money. The weighted version of this hook wouldn’t be my first choice when fishing in cool, open-water scenarios. Though Berkley does make this same hook in an unweighted version that would be great for that.

But open-water fishing wasn’t what the Fusion19 Weighted Frog Hook was made for. Instead, it was created to take a toad into and through dense cover to pull out big bass and I believe it’s capable of doing just that for you should you choose to use it. If you are interested, they come in a 4/0 and 5/0 size, both with an 1/8-ounce of lead attached and two per pack for $5.99.

The Berkley Fusion19 Weighted Frog Hook is available at TackleWarehouse.com.