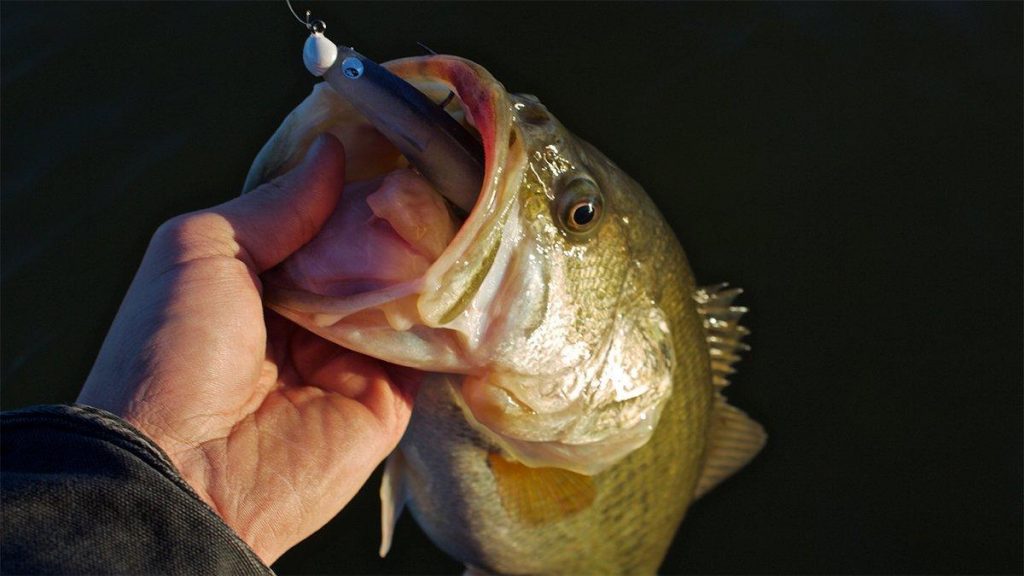 Paddle-tail swimbaits are proven bass fishing lures throughout the entire year and even more so when fish become sluggish. Whether you thread your swimmer on a single jighead, use it on an underspin or pair it with several others on an umbrella rig, these baits flat-out catch ’em.

But not all paddle-tail swimbaits are created equal; not even separate swimmers pulled from the same package. You’ll often have a package of five swimbaits and four are excellent while one swimbait’s boot-tail has been bent or otherwise compromised.

Lure modification aficionado Terry Scroggins has figured out a quick and easy remedy to this issue.

Scroggins pours a lot of the soft plastics he uses on the Elite Series barefoot in his garage during the off-season. He actually learned this trick while he tried to create his own swimbait mold.

“Perfecting the boot-tail was giving me a heck of a time,” Scroggins said. “And after making about 100 good-looking swimbaits but having their paddle-tails fail on me, I got to thinking how I could easily fix my work. I knew I needed to reinforce the boot-tail somehow but was stuck on how to do it.”

As is often the case in bass fishing, Scroggins found the answer to be relatively simpleâ€”it was sitting in front of him the whole time. Scroggins used thin plastic crankbait packaging, a tube of superglue and some deductive thinking to fix his problem. 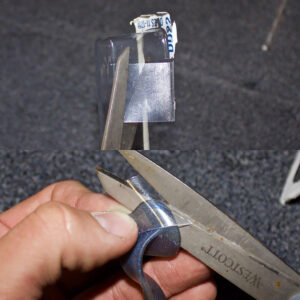 “I cut two half-moon pieces of thin plastic from a bait package to match my paddle-tail,” Scroggins said. “Then I attached my two pieces of plastic to the front (hook side) of the paddle-tail using superglue. It’s easiest to apply the glue to the lure, rather than the plastic packaging. Glue the plastic to the tail one side at a time and firmly hold the area while the glue dries to ensure they fuse together. When I cast the previously faulty lure in my swimming pool the swimbait came thumping through the water exactly like it’s supposed to.”

The type of thin plastic you use doesn’t make any difference, according to Scroggins, but he found typical lure packaging to work best. Reinforcing the front of the paddle-tail with thin plastic helps the boot-tail of the bait displace water more efficiently. This ultimately gives it the coveted side-to-side swimming action you look for out of a paddle-tail swimbait. 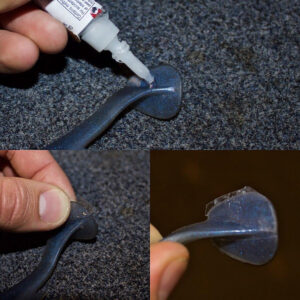 Scroggins has since repaired his mold so he doesn’t have to add plastic for every lure, but he learned a new way to fix a previously unusable paddle-tail swimbait in the process. Whether you pulled a swimbait from the package with a weak tail, or if the lure was stored incorrectly and doesn’t have the desired swimming action, this will help.

“It’s not something you’d want to do with every swimbait you own,” Scroggins said. “But if you’ve got some swimbaits that don’t want to swim correctly or if their tails are damaged, this two-minute trick works. Your attached plastic might only hold up for one or two fish, but that’s one or two more fish you caught with it than if you threw the bait away.” 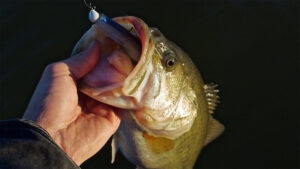