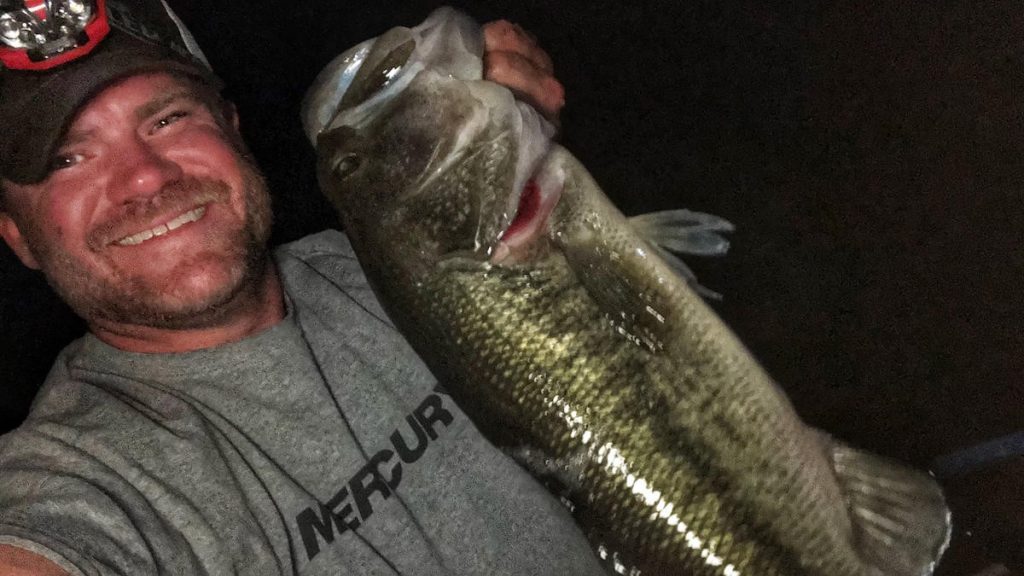 Bass fishing at night has been a big deal for as long as I can remember, especially in the summer. From the hardcore anglers of old, I’ve heard plenty of stories that predate my lifetime where guys like my dad would work all day, dump their boat in at sunset, fish all the way through to sunrise then take out and head straight to work. Something that hardly sounds appealing to me now at 34, but similar to experiences I shared with my best friends a few times coming up as well.

The point is that nighttime bass fishing has always been popular to the core group of anglers. Outside of that small percentage, however, it really wasn’t a big deal; the lakes weren’t very crowded at night and you could move around pretty easily and fish whatever you liked. Now though, with the massive influx of interest in fishing in general, there’s been a noticeable spike as well in anglers trying out night fishing for the first time.

Pier lights and underwater lights are the low-hanging fruit of night fishing and certainly what most newer anglers gravitate towards. Though fishing lights at night can be very productive, their popularity paired with the increased number of boats vying for them has greatly reduced their productivity. Add to that, many homeowners now have had run-ins with anglers and choose to turn off their lights at the first sign of an approaching bass boat. So the number of lights available to fish seems to dwindle by the day.

Which begs the question for anglers new to night fishing… how in the world do I catch fish at night without lights? Well, funny you should ask. Here are three baits to try in the dark. 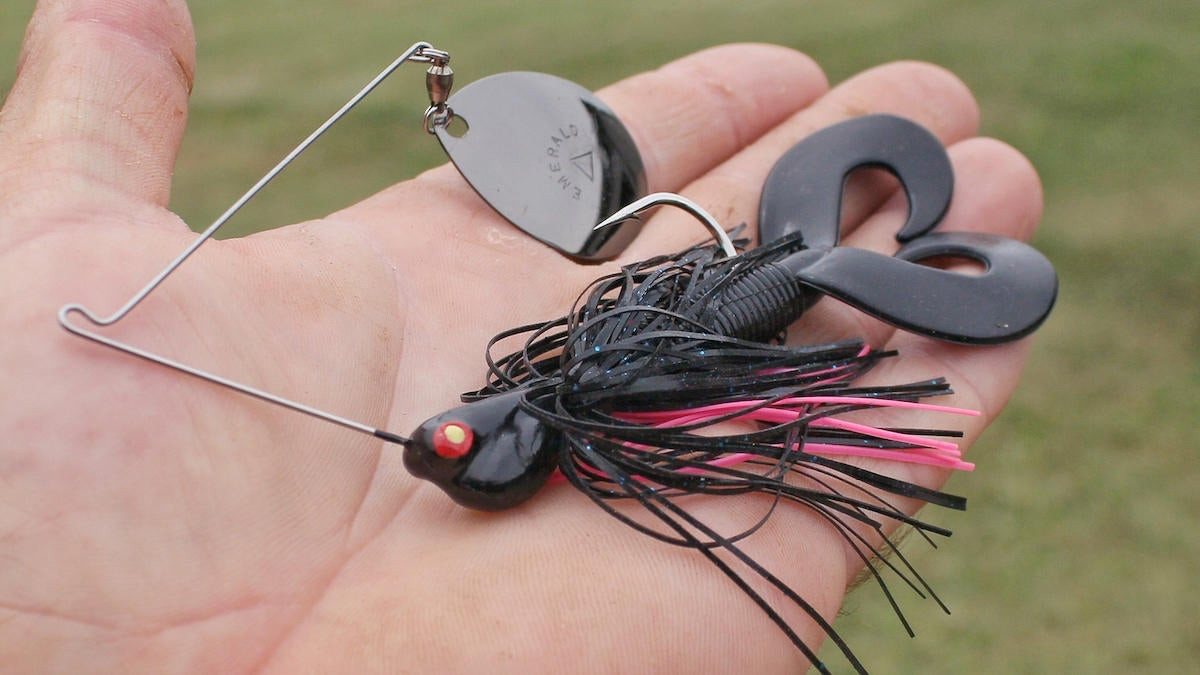 A big Colorado blade spinnerbait is probably the most popular lure of all for night fishing. A Colorado blade works well at night for the same reason it does in muddy water. The vibration generated by the heavy thump of a Colorado blade spinning in the water turns the bait into a homing beacon capable of drawing bass in through the dark waters.

Something that has never really made sense to me but has been proven time and time again, is that black is the most effective color at night. Whether we’re talking spinnerbaits, the next two baits we’ll discuss or anything else you want to throw at night. When in doubt, black it out. We even buy spinnerbaits with black blades to match the skirt. And if the blades aren’t black, we’ll take a marker and color them black. As contrary as it seems to my common sense, black shows up the best to bass in the dark.

As for fishing a spinnerbait at night, you basically just want to look for the same areas where you would anticipate the fish being during the day. So if you’re catching fish well in a shallow creek in the daytime, try the same area at night. The big difference though is water clarity isn’t as restrictive. If I have a brush pile in 12 feet of clear water that’s holding fish, I’ll slow-roll a blade through it at night; even if the only thing I can get them to bite during the daytime is a shaky head. The cover of night allows you to throw a bigger bait, which is actually more effective at times to draw a bigger strike from the school at night than you could finesse up during the day. 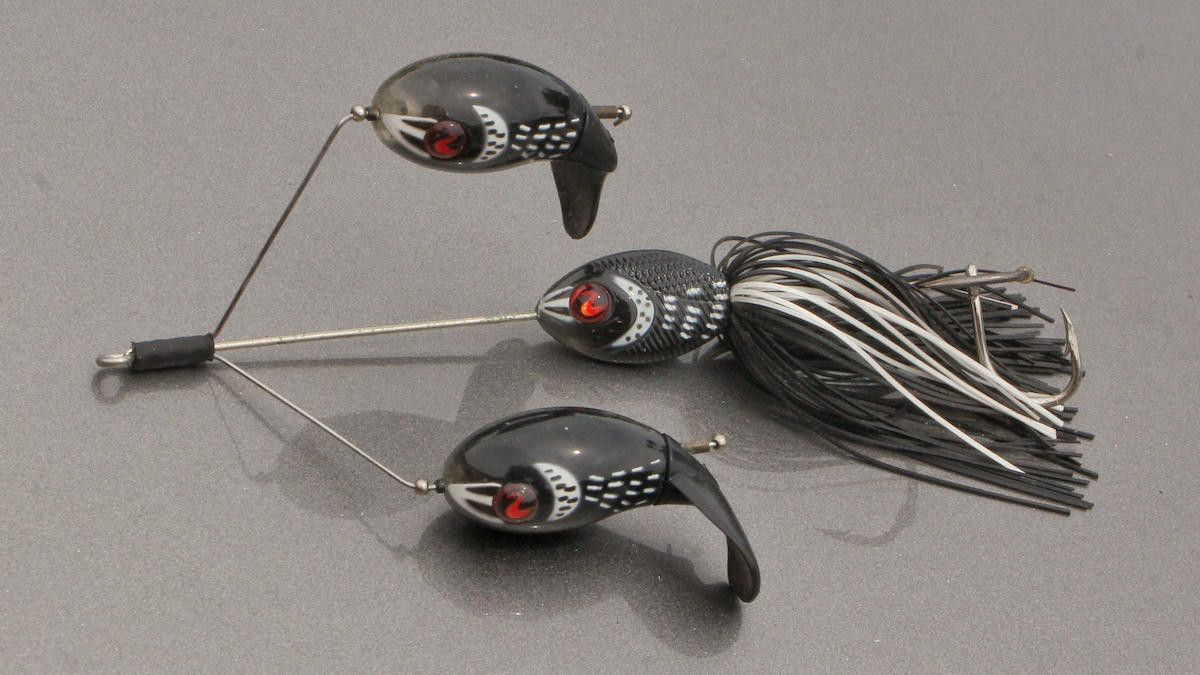 Definitely still in the top-three night bite producers of all time, the buzzbait is another perfect bait to fish in the dark. For one, it takes a lot of the guess work out of it. It’s hard to see at night, obviously. But I state that simple fact to emphasize the importance of fishing with a bait you can tell is operating correctly without being able to see it. If you throw a buzzbait up by the bank and it doesn’t start off making the right sound, you know you’ve got a little piece of grass or trash on it and you can give it a twitch to correct it or just go ahead and reel it in and reset.

I’ve heard stories of my dad and uncle picking up a buzzbait at 7 p.m. and not putting it down until 7 a.m. the next morning, catching dozens of fish including some of the biggest of their lives. Naturally, those stories are probably a little embellished and, as is the case with most fisheries, the lakes where they used to do that get way too much pressure to do it to that extent anymore. But a bass is a bass… is a bass. What worked then still works now and putting a buzzbait in your hand and covering water will get you some bites at night.

Again, black is the deal. And again, you’ll want to target fish where you catch them during the daytime. One thing I will say though is that bluff-type banks or other areas with steep transitions fish a little different at night sometimes. The same fish you may have to fish for in 20 feet of water during the day will often make their way up those steep inclines to feed at night by the light of the moon. So buzzbaits and spinnerbaits work really well along those type areas up tight to the bank. 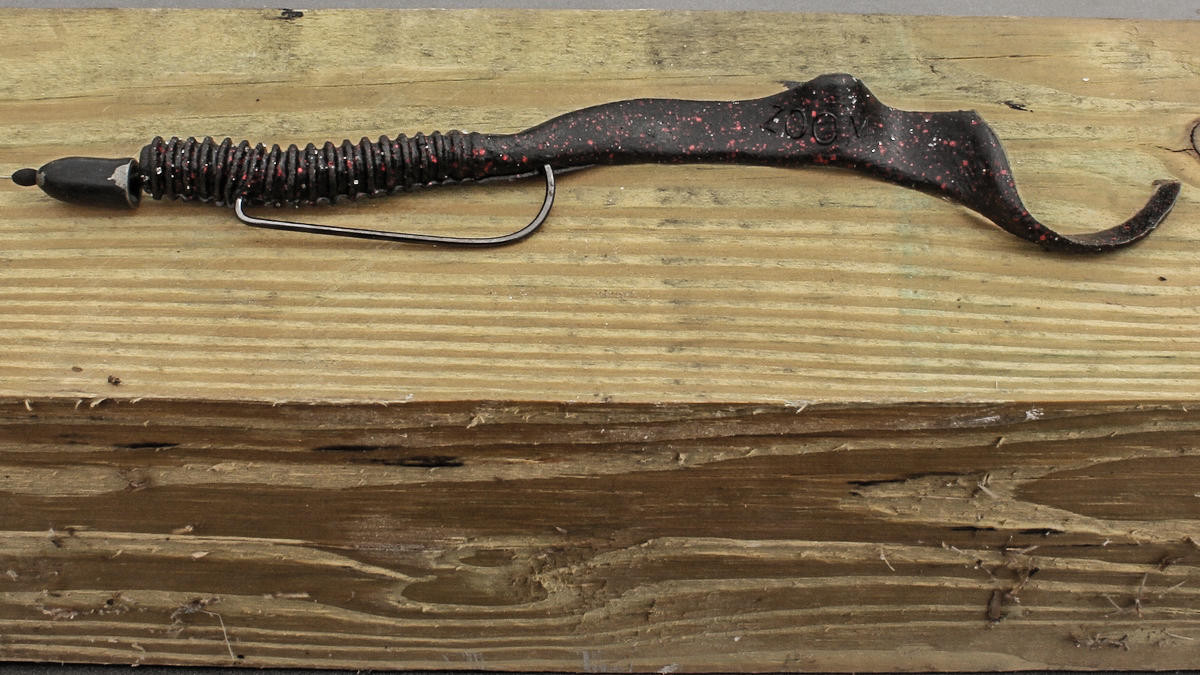 A big Texas-rigged worm rounds out the three must-have baits for old-school night fishing. Though dragging a worm day or night is one of my least favorite ways to fish, I can honestly say it’s the bait of these three on which I’ve personally caught the most fish at night. Though it works extremely well all summer long, the late-spring and early summer window is where it’s most likely to catch big ones when other baits will only produce strikes. The reason is simple.

Dragging a worm slowly at night shallow, you’ll often bring the bait into a bass bed unknowingly and get bit. I understand your skepticism: How on earth could I possibly know those fish are on bed in the dark? Well, that assumption comes from trial and error. Sometimes I’ll be fishing a spinnerbait at night and have a fish knock it out of line but not get it.

The same thing often happens in muddy water during the daytime. So similar to what I do during the day, I’ll pickup a follow-up bait and toss it back in. After repeated casts to the same are, the fish will typically eat the Texas rig and I’ll catch it. I’ve had or seen this happen dozens of times at night, the same as I have during the day, so though it’s just an assumption that the fish are on bed, it’s a pretty safe one in my opinion.

But even after the spawn, especially in the brutal heat of summer, a Texas rig remains the most sure-fire way to get bit in the dark. At times, the spinnerbait is a little too aggressive and the fish are just too deep to respond to a buzzbait. Though typically even still, the Texas rig is my last resort as it’s just too slow-paced for my preferred style of fishing. But if you need a bite, I suggest picking one up and keeping it wet. 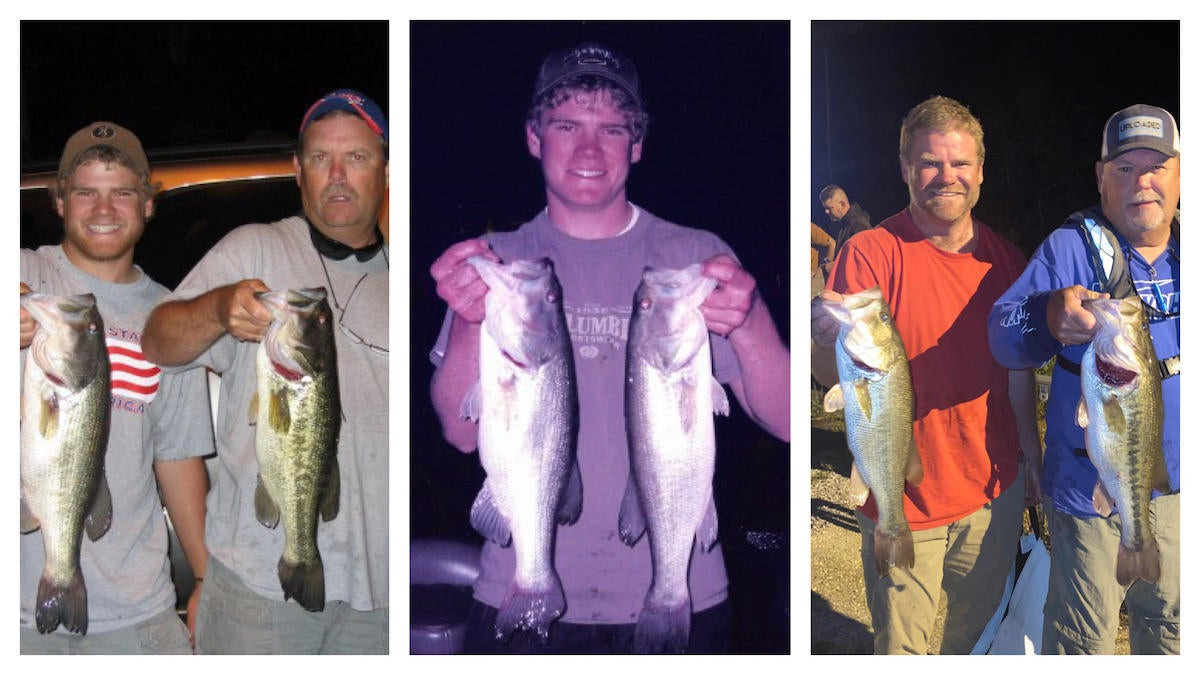 Black and other dark colors work best for all three of these baits and a good rule of thumb for anything else you want to try fishing in the dark. Slow and steady is also the best retrieve for all three baits. This gives the fish time to track and find the bait in low visibility.

Focus primarily on where fish are located during the daylight hours because they won’t likely venture too far away from there at night. Keep in mind the one exception being areas where they can move along a vertical transition to hunt in shallow water at night and rest in deeper water during the day.

Take these simple baits and principles, apply them during your next night trip and see if the fishing isn’t lights out! Sorry, I couldn’t resist. That wasn’t even punny.