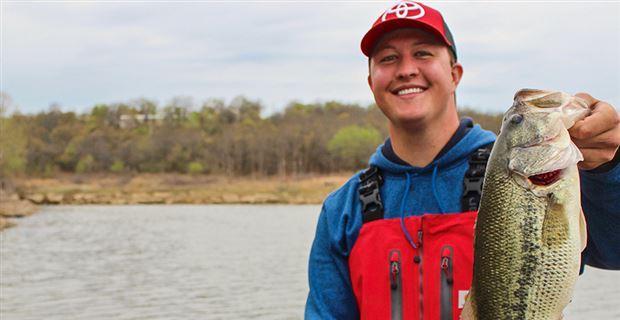 Spring has sprung and bass are moving to the shoreline throughout the entire country. This process is in different stages depending on how far north or south you live, but no matter where you reside the bass in your area are going to be somewhere around the bank.

One simple, yet effective way to up your spring catch rates is to utilize parallel casts. 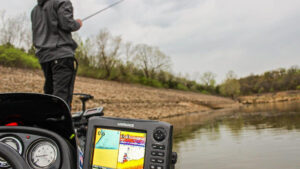 Throughout the spring bass seem to move up—or stage—at the same or similar depths throughout a body of water. Some days in the spring you’ll notice all your bites are coming dirt shallow, within a foot of the bank. The week before, however, you might have found ‘em in 3 to 4 feet of water, a few yards off the bank.

This is not random. That’s why paralleling these specific depth zones is so effective.

By keying in on the different depth ranges the bass are using on a given day, you’ll spend more time with your lure in front of a bass; especially if you practice paralleling these optimal depth zones. 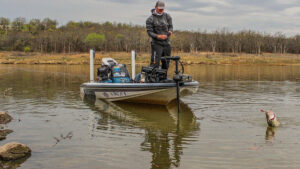 This may sound complicated, but in reality the logic behind it is incredibly simple. If the majority of your bites are coming in 4 to 5 feet of water, you’ll be more efficient by holding your boat in that same depth range and making long casts directly in front of you.

This way, you’ll be keeping your bait in the strike zone for longer periods of time, as your cast will target the exact depth in which you’ve found the bass.

We’ve all been guilty of making perpendicular casts even though our bites are all coming halfway back to the boat. In reality, you’ll get more bites by making parallel casts to the depth range you believe the bass to be setting up in.

If you’re on a new body of water, or haven’t been fishing much yet this year, making perpendicular casts to the bank can be advantageous at first. You can sample several different depth ranges and (hopefully) get a good idea of what the bass are relating to. But once you begin to see a pattern in the fish’s depth and location, maximize your opportunity by paralleling that specific zone.

Many fisherman know, or have learned to parallel shallow riprap, bluffs or other rocks to catch more bass—but for some reason we forgot about the effectiveness of this practice as soon as we get off the bank. The exact same process works wherever you find groups of fish holding. 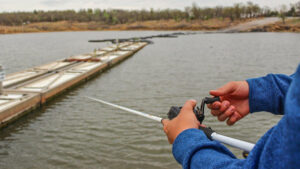 Professional bass anglers offer a perfect example of what I am talking about. In many different tournaments you’ll notice anglers in the top 10 paralleling anything from the shoreline, to contour lines (break lines), break walls, grass lines, docks, ledges and even shade lines later in the year.  The pros can’t afford to have their lure in dead water and therefore they spend more time paralleling than the average fisherman. By emulating this practice, your catch rates will increase.

During this year’s Bassmaster Classic on Lake Conroe, Edwin Evers paralleled seawalls with a spinnerbait to capitalize on an early morning shad spawn. During the first two days of competition Evers was able to exploit the shad spawn better than any other angler, and it was largely due to how strictly he paralleled his targets.

He demonstrated the importance and effectiveness of paralleling this hard cover; be it a seawall, bluff wall or the edge of a dock when bass are using the structure to corral baitfish. Paralleling hard cover helps you take advantage of the short window of opportunity the shad spawn offers.

Rock transitions found on dams, bridges, rip-rap and bluffs are also ideal places to parallel in the spring. Bass use these transitions to travel in and out of spawning pockets, as well as to feed. Typically bass will set up at the same depth on these structures. This depth changes from day to day, but can be targeted with a parallel approach to more efficiently cover the opportune strike zone.

If you’re consistently getting bites at the edge of a grass mat or vegetated flat, don’t be afraid to get your boat tight against the edge of the grass and cast along this edge. Bass often use the vegetation as cover to set up an ambush and keeping your lure in close proximity to the grass throughout most, or your entire cast, can result in more bites.

I can’t stress enough how beneficial this small adjustment in your casts and boat positioning can be. You’ll increase the amount of time you spend with a lure in front of a bass throughout the day and each cast will be high-percentage. This isn’t a tip specific to big lakes or folks with $50,000 bass boats, either. Paralleling opportune depth zones will help you whether you fish large reservoirs, farm ponds or anything in between.