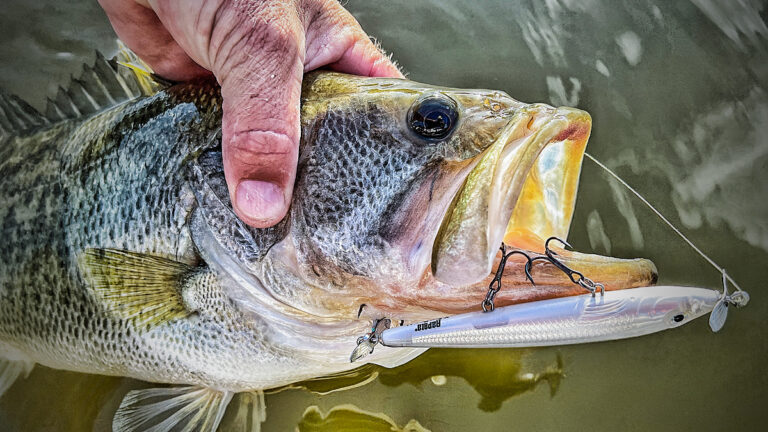 Most of the country was just blasted once more with a bitter cold front this past week. But the calendar and past weather patterns tell us that will likely be the last really bad front for a good portion of the country, south of the Mason-Dixon Line, at least.

This indicates a lot of things. The bass are about to be moving shallow and getting ready to spawn across much of the south, if they haven’t already. So shallow-water target fishing with spinnerbaits and squarebills is probably heating up as we speak. Covering water with lipless cranks is likely working well, too, and sight fishing for spawners has to be just around the corner.

Personally, however, I’m most excited about one thing that’s still a few days off for the majority of us: topwater fishing. So today, we’re going to try to get out in front of this topic a bit and make sure we’re prepared for this bite that is sure to come in the next few weeks, if it hasn’t hit your neck of the woods already. 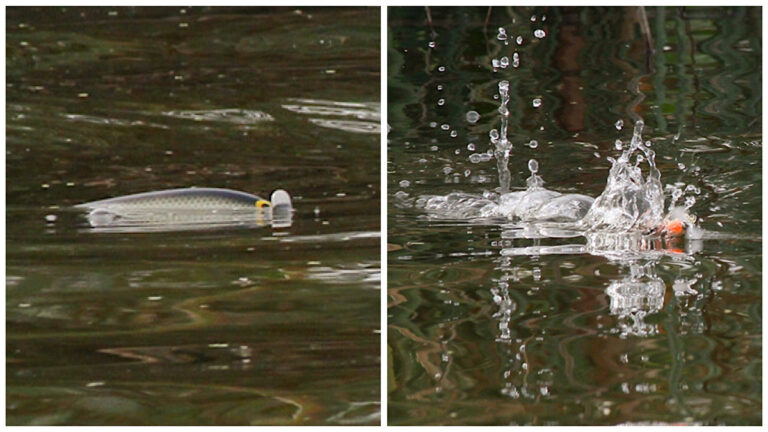 For as long as anyone’s been letting secrets slip, it seems like one of the first to get out concerned the effectiveness of a twin spin-style prop bait during the early spring in Florida.

Baits like the Rapala X-Rap Prop or the Bagley Balsa BangOLure Topwater Twin Spin Propbait are both extremely effective when fishing around shallow spawning flats with scattered vegetation in the country’s most southern state.

But this bait shouldn’t be relegated to Florida fishing alone. It’s a great bait to use around the country and is one fo the first topwaters I’d recommend trying wherever you’re fishing when the water temps start to sneak up into the upper 50s. As the bass move up to spawn, they’re looking to feed and especially on warmer days, they’re not afraid to break the surface of the water to do it. A prop bait is intended to be twitched along at a fairly slow cadence. This stop-and-go action causes the bait to hover in a bass’s face just a little longer than it can stand it, which makes it one of the best topwater baits to get bit on in the early spring. 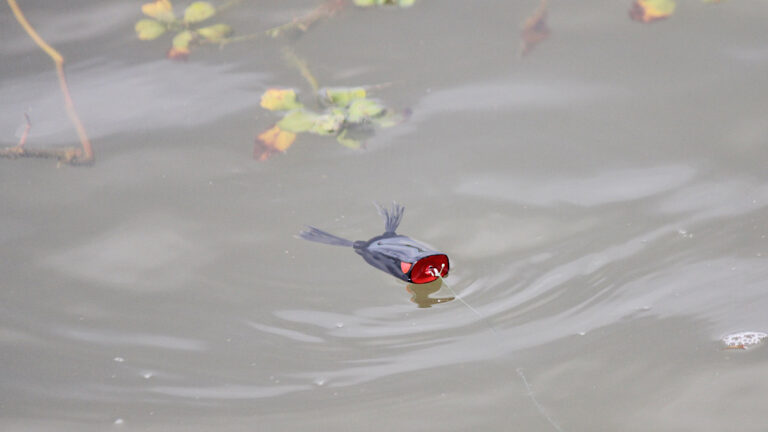 A hollow body frog is another topwater bait that I’ll go ahead and start tossing around even as the water temps are just beginning to make their way up into the 50s.

Both popping- and walking-style hollow body frogs like the SPRO Poppin’ Frog and the Snag Proof Phat Frog work well right out of the gate when the water starts to warm. It all comes back to the stop-and-go cadence for me, similarly to the prop baits. Being able to twitch the bait a couple times and then let it sit is just too much for a bass that’s hungry and either moving up to spawn, spawning or just coming off the bed.

You can actually use a frog like this to locate bedders as well, getting fish to roll up on a bait even if they’re not willing to eat it completely. It’s a good idea then to have a follow up bait like a wacky-rigged Senko on standby, so you can toss right back in the same spot and catch the fish you missed. The frog is also a great counterpart to the prop bait because you can throw it into heavier cover where the prop bait can’t go because of the multitude of treble hooks hanging from it. 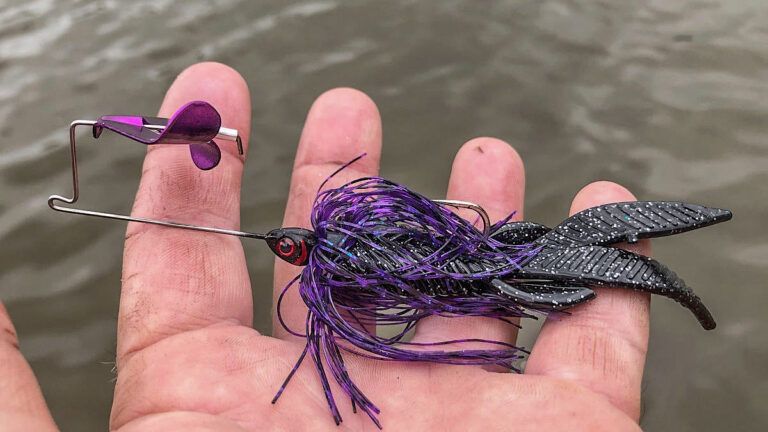 In contrast to the frog and the prop bait, a buzzbait has to be reeled continuously. But there are times where this is the absolute deal early in the spring. If you find yourself fishing during a warming trend, where the daily highs and nightly lows are creeping higher and higher each day, fishing a buzzbait around shallow docks, grass and other cover is a great way to cover water and catch lots of fish as well as really big ones.

It’s typically best, though, to reel the bait just as slow as you possibly can while still keeping the prop turning when you first start throwing a buzzbait in the spring. But if the fish are telling you something else, don’t be afraid to speed up your retrieve a little. The faster you can fish, the more water you can cover. If you’re not having to just crawl the bait along to get bit, that’s even better.

Going ahead and having a topwater or two rigged up is a great idea in the early spring. Once the water temps get into the mid 50s, I’ll have one on deck just to keep the fish honest. Once the temps start flirting with the 60-degree mark, I’m really doing myself a disservice not to have one in the water pretty regularly. Topwater baits are great tools for locating fish and gauging their aggression level as the spawning process gets under way. Who doesn’t want to get a topwater bite as soon as possible after a long, cold winter?