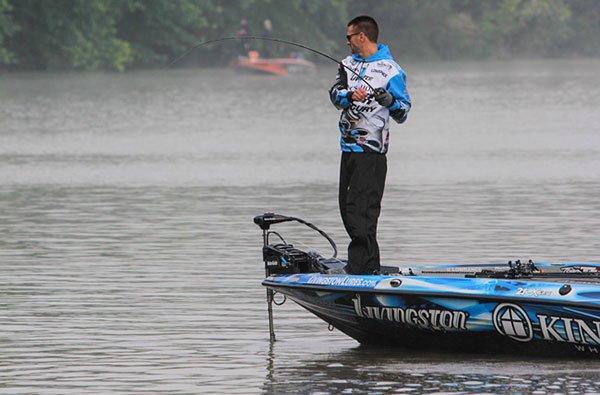 Finding and patterning fish is perhaps the most difficult aspect of this sport. While some fishing techniques require hours, or even days, of constant experimentation and fine tuning, fishing boat ramps offers anglers a great opportunity to catch a quick limit of bass throughout most of the year.

2014 Bassmaster Classic champion Randy Howell has benefitted greatly from fishing boat ramps in his career. When the bite gets tough and he needs to fill his limit, he never hesitates to locate and dissect these overlooked bass fishing hotspots.

Many anglers use boat ramps when loading and unloading their boats, but rarely will you see someone casting lures towards them. According to Howell, there are several reasons why these manmade structures are actually magnets for hot bass fishing action.

“Boat ramps are some of the most overlooked bass fishing targets. They’re easy to find, simple to fish and the possibilities are endless. They’ve saved me from some really tough fishing days throughout my career.” 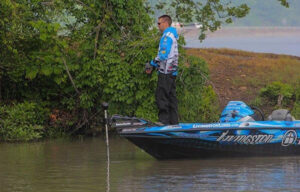 Learning how to quickly eliminate unproductive water is a large part of an angler’s bass fishing success. Instead of spending a lot of time on specific boat ramps, Howell covers water at a rapid pace while using fast-moving reaction lures to find the most active fish.

“Fishing boat ramps allows you to move around pretty quickly and cover huge stretches of a lake within a very short period of time,” Howell said. “Because a lot of these fish have been previously released from tournaments, they’re not always in the mood to feed aggressively, which is why I start with a crankbait almost every time. They may not be hungry, but they can’t help themselves when they see a crankbait knocking around in the area.”

Due to the rocks, concrete chunks and other obstructions often found near boat ramps, Howell urges the importance of a squarebill or coffin bill crankbait. It’s very important to beat the crankbait against any available cover and these bill styles aid in optimum deflection to reduce hang-ups.

Still not getting bites?

Howell suggests rigging a 4-inch Yamamoto Senko on your shaky head when the bite gets tough. This smaller presentation can do wonders in this situation!

“One of the quickest ways to spook fish on boat ramps is by getting your lure snagged,” Howell said. “I use a Team Livingston Series Howeller Squarebill or Coffin Bill Crankbait and I simply reel at a moderate speed. Nine times out of ten, my bites come after the crankbait deflects off a piece of cover. Just keep a close eye on your line condition throughout the day because all of the rock and concrete will fray it from time to time. I use 12 to 14-pound Gamma Edge Fluorocarbon and check it frequently for any rough spots.  “

If he fails to get a crankbait bite within roughly a dozen casts, Howell isn’t too quick to give up and move on. He’ll spend a few more minutes utilizing his “cleanup” baitsâ€”a 1/4-ounce Lunker Lure Shaky Head and a 3/8-ounce Lunker Lure Triple Rattleback Flipping Jig.

“When they won’t eat a crankbait, I’ll definitely pitch a shaky head or jig around before leaving,” Howell said. “I’m still fishing quickly, but that doesn’t mean I need to ignore what the fish are telling me. In high, bright skies they may not always want a crankbait, but that’s when the more deliberate approaches shine.”

You can definitely catch bass casting perpendicular to the bank, but paying close attention to your casting angles can make a huge impact on your success. After a few bites, you’ll get a much better feel for the most productive depth zones.

“Most of the time I’m going to throw at a 45-degree angle to the boat ramp,” Howell said. “I’ll look at the SideScan on my Lowrance and make sure I stay as far away from the end of the ramp as possible. These quartering casts allow me to more thoroughly dissect each depth zone and put my bait in front of more fish.”

Additional cover is a major bonus 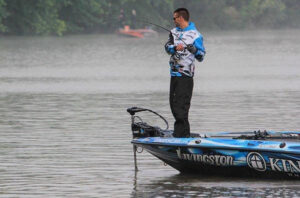 So you just whacked ’em on a certain boat ramp but now you can’t even buy a bite on an identical looking ramp. What’s the deal? Howell suggests surveying the surrounding area for clues.

“If you’re having trouble duplicating a boat ramp pattern, pay close attention to nearby cover,” Howell said. “Bass are much more likely to hang out around boat ramps with plentiful cover. It could be floating docks, riprap walls or even a nearby laydownâ€”the more options those fish have, the better chance they’ll stay in the area because they’ll have everything they need to thrive.”

Characteristics to look for

Large fisheries play host to a multitude of boat ramps and unfortunately, each ramp won’t have a bass on it. In order to concentrate your approach, Howell suggests looking for the following characteristics.

The next time you find yourself struggling to catch bass, don’t overlook the effectiveness of boat rampsâ€”these structures have all the makings for phenomenal bass habitat. If you can utilize the proper casting angles, understand what to look for and cover water efficiently, you have a great chance of turning a tough day into an unforgettable one. 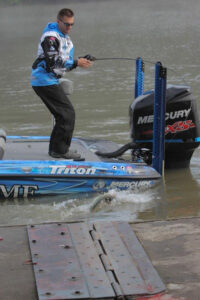