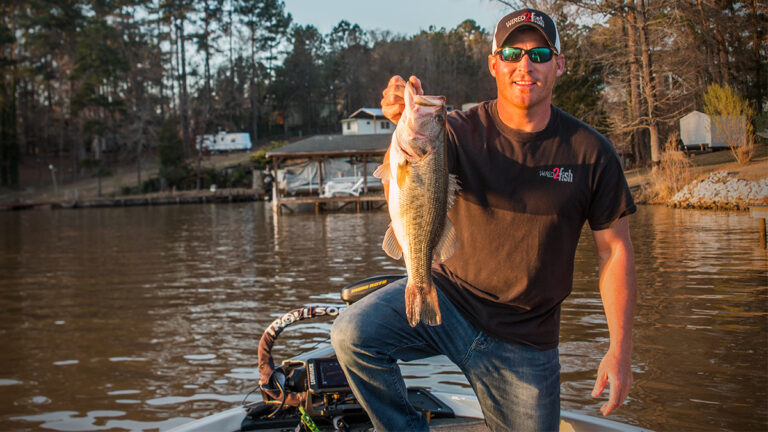 As most of us know, the weather this time of year can be absolutely strange. In my neck of the woods throughout February and most of March, we can range from 35-degree air temperatures one day to 80-degree air temperatures the next day. Heck, I’ll be in long underwear on Tuesday and sporting shorts with bare feet by Thursday morning. I never have quite understood it but it has thrown me for a loop more times than I care to count.

While these kind of drastic early season changes can certainly be frustrating for folks like us who like to bass fish, I’ve learned a few tricks over the years that help me take advantage of these wild temperature swings. I think a lot of us, myself very much included, get a little too trigger happy when that first warm day or two comes to our areas. Whether you’re here in the south or one of my northern brethren dealing with especially rough winter conditions, I’m inclined to think most of us misunderstand these freak warm fronts.

Hang with me for a minute or two and allow me to share what I’ve learned over the years. I’ve caught most of my biggest bass this time of year and while it certainly might be blind luck, I do think I’ve figured out a few things that might help you throughout the early season.

Don’t get too caught up on one number 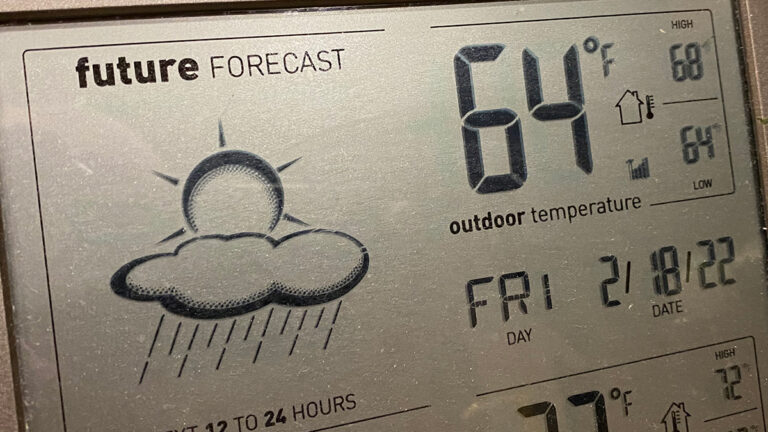 It took me many years before I finally drilled this through my thick and obstinate skull. I’d enter a Saturday morning derby during the prespawn and think I was going to wreck ’em because the high that day was 70 degrees. Truth be told, I can probably count on one hand the number of those tournaments in which I cashed a check.

I finally realized that the daytime highs don’t matter nearly as much as the nighttime lows. It is so tempting to pull up the weather apps on your phone and look at the daytime highs for the week but I’m telling you, those don’t matter as much. In my area, the “money temperatures” are when you see the nighttime lows reaching into the 55- to 65-degree range. When those warm nights happen for two or three days in a row, I don’t care how cold it has been lately; those bass have their noses pointed towards the bank and they’re going to move shallow.

Those random one-off warm nights don’t seem to be as good for me. While they can certainly push a few bass into the shallows, something in the back of my mind tells me that big prespawn bass one some sort of continuity for a few days before they finally make the commitment to move towards shallow water.

The above photo is a quick cell phone shot of the weather station above our kitchen sink. I paid like $30 for this thing at Tractor Supply and I can’t tell you how often I check it during this time of year. As soon as I see that low temperature reaching 60 degrees, I’m rigging up my shallow crankbaits, ChatterBaits and swim jigs to dissect cover near shallow spawning flats.

Don’t feel guilty if you sleep in a little 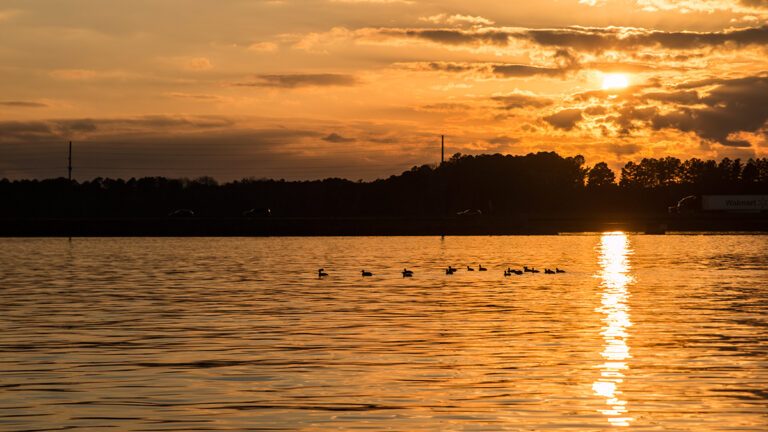 I know most of us like to wake up early, have some coffee and watch the world wake up in the mornings; that’s the most peaceful part of the day, in my opinion. But in the early to mid-prespawn period, I’m honestly in no rush to get on the water by sunrise. Heck, I might do a few chores around the house until mid-morning or so and ease on out to the lake around lunchtime. I’m normally in no rush whatsoever.

Even when you hit it right with those higher overtime lows we just discussed, I really think it takes those big female bass a few hours to wake up in the early season. I’m sure many of you have gone out and caught some giants at first light but in my experience, I do 99 percent of my early prespawn damage after lunch this time of year.

My best suggestion for putting yourself in the best position for catching a giant prespawn bass is pretty simple: Eat you a sandwich at the house, get your work emails buttoned up, throw some bottled water in the boat and get out there when it’s warm. Target the mouths of short pockets and don’t mess with stuff much deeper than 8 feet or so. You’re bound to intersect with an absolute giant if you try this a few times.

Don’t freak out if the cold weather comes back 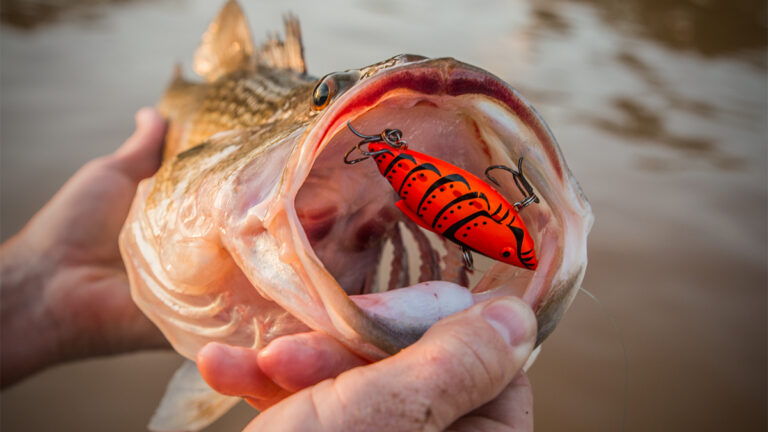 This has happened to me so many times that it’s almost embarrassing. I’d get on a heckuva warm-front bite and I was the best thing since sliced bread, man. I’d go out for a few afternoons and smoke their butts and you couldn’t tell me anything.

… until the cold weather came back, that is.

During the prespawn period, it always seems like we’re teased with a few days of beautiful weather just to be kicked in the gut a week later with some sort of random arctic weather front. One thing I’ve realized, however, is that once the bass make their minds up and move into the shallows, they’re not really leaving, even if the weather turns cold.

This is further evidenced by the MLF Bass Pro Tour on Lake Fork this week. I read a Facebook post yesterday that in just one period, the anglers caught seven bass over 7 pounds and Dustin Connell caught one over 10 pounds. Sure, that’s impressive. But it was also 30 degrees outside and ice was covering the boats and camera gear.

Before that big ol’ cold front came in, those big females committed to moving shallow and they were some true giants. Then that bizarre cold front hit ’em in the mouth and they generally stayed in the same areas. In these situations, the bass might not stay in three feet of water but they won’t go far.

If a similar situation happens to you, I’d suggest targeting just a few feet deeper, on the break lines adjacent from spawning flats. A lipless crankbait or a suspending jerkbait is an excellent way to catch ’em if it gets cold again. 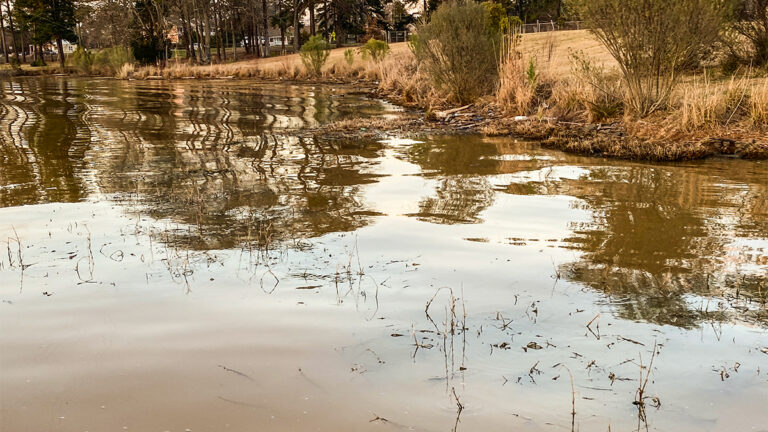 No matter where you live, you’re going to have some of these random warm fronts pop up before you’re really expecting them. They could happen anywhere from January to April depending on your location. Personally speaking, the first thing I do when the new year arrives is rig up several ChatterBaits, shallow crankbaits, Texas rigs and 3/8-ounce flipping jigs. It may be 20-something degrees outside my shop while I’m rigging but who knows… it could be 60-degrees in a few nights. Mother Nature is unpredictable and as outdoorsmen, we need to do everything possible to remain prepared for the unexpected.

Please take the time to pay attention to overnight low temperatures, get out there in the warmest part of the day and if that pesky cold weather comes back, don’t let it derail your game plan. Move off the bank 10 feet or so and pick up a jerkbait; you’ll be shocked by the size of the fish you catch.