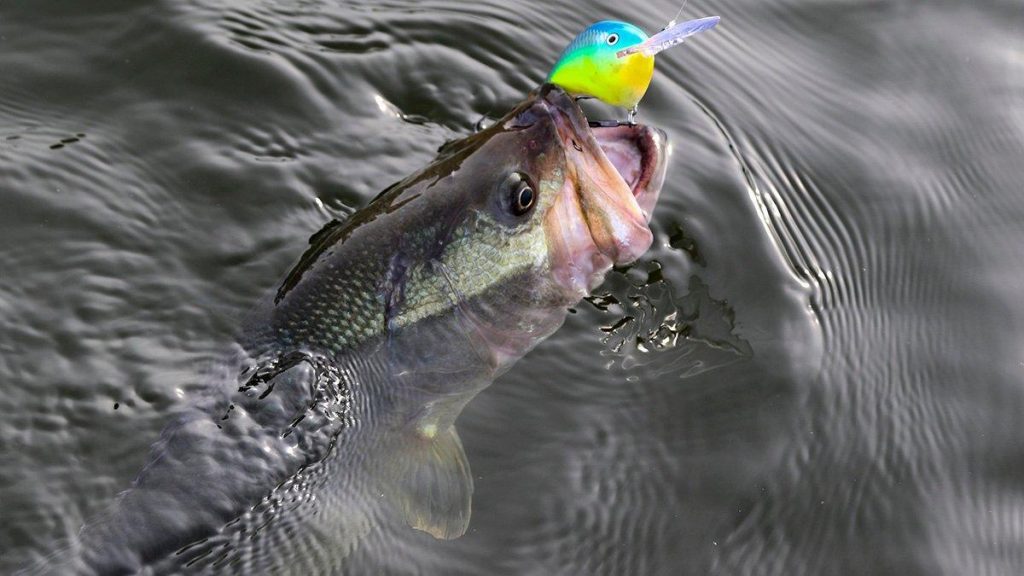 Few would miss an obvious point of land sticking out into the water as a bass fishing opportunity, but it’s not uncommon for anglers to overlook secondary points when bass leave the spawning areas and head to their summer haunts and even into the summer as great locales for resident fish.

Iaconelli points to a bass’ need to acclimate, rest up, feed up and fin up for the next seasonal move as to why secondary points are so important to his bass fishing. 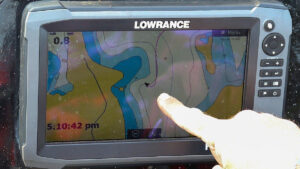 “Points are a prespawn, post spawn, summer and fall thing, but especially in the post spawn,” Iaconelli said. “They’re stopping places for bass for short windows. When you look at fish moving in and out of spawning grounds, they’re transitional; they don’t go straight in or out.

“When you look a spawning pocket, creek or cove and as you go in, there will be contour points that stick out and break the monotony. Fish travel along the break line, they travel along that drop. So, when you have a point that intersects that drop, that’s their stopping point.”

Noting that not all secondary points are created equal, Iaconelli looks for additional features like brush, isolated grass or little rough spots that hold bait and attract more fish. Once he locates an attractive scenario, he’ll pepper the spot with thorough casting. 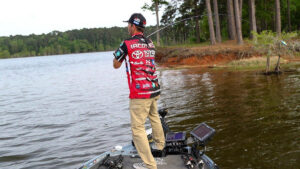 “I’ll start in the left cup and work all the way around to the right side cup,” Iaconelli said. “The other thing is I quarter cast them. I don’t parallel them, and I don’t long cast straight onto the point. I cast at a quartering angle.

“So in the course of my cast, whether it’s a Rapala DT crankbait, a Carolina rigged plastic or a big jig, I’m covering the break line from the top of the breakline all the way down that break. If you quarter cast all the way around, you dissect that point perfectly.”

Iaconelli employed this strategy during a recent Bassmaster Elite Series event on Toledo Bend. With the exception of about 45 minutes spent on the morning shad spawns, he devoted his days to running secondary points. Giving the fish different looks proved essential. 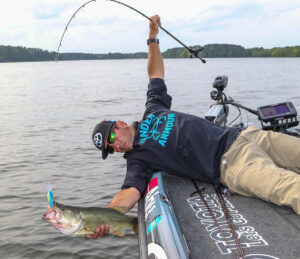 “I’ll make that normal pass all around the outside from the deep and quarter casting up; but before I leave, I’ll change the angle,” Iaconelli said. “A lot of times, I’ll cast from the shallow side, out to the deep. A couple of my bigger fish, including a 7-pounder on the second day of the tournament, came while I was casting out, instead of casting up.”

Iaconelli said individual fish response dictates whether they like baits moving uphill or downhill, but only a thorough effort will uncover their preference.

“If there’s a little rock on that point, when you change your angle, your bait deflects off that rock a different way and that makes the fish react a different way,” he said.

Notably, Iaconelli will look at those secondary points in the fall, but he typically expects less concentration than he’ll find during pre and post spawn movements. That’s because spring movements are driven first by reproductive instincts and then by the transition to summer patterns namely chasing forage out off the breaks.

Both movements find the fish methodically following a well-defined course, whereas fall brings a sporadic scramble defined by appetite. Find a point with bait and you’re in business which is why secondary points are always part of Iaconelli’s bass fishing program. 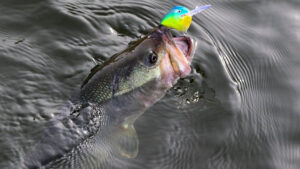