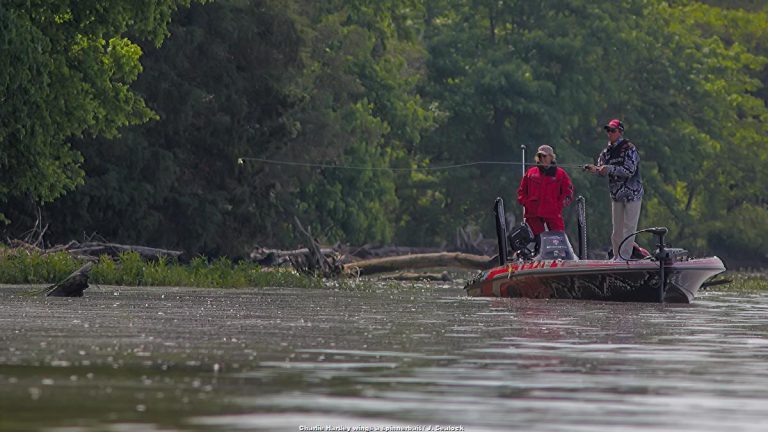 Ask any tour-level pro about their favorite time of the year to fish, and most will give you an answer referring in some form or fashion to the prespawn period of bass fishing.

There’s a reason for that. Prespawn bass are at their seasonal heaviest, they feed aggressively and they are shallow – all factors that dramatically increase the fun factor for anglers chasing bass.

Prespawn patterns are also some of the most well documented patterns in all of fishing. If you’re like me, you can probably recall plenty of articles about following creek channels leading to spawning flats, intersecting prespawn bass on secondary points, or searching for the first emerging grass on a flat with a lipless crankbait. All of which are extremely effective prespawn techniques, and all specific to lakes and reservoirs.

But what about moving water? There hasn’t been nearly as much discussed on how to effectively locate and catch prespawn bass on rivers. I’m sure there have been some, but it seems that our river-rat brethren have been grievously under-served in the prespawn technique education department.

To remedy that, I sat down with two of the best moving water sticks on the BASS Elite Series and picked their brains about the techniques, patterns, and locations that are most effective to catch pre-spawners in rivers, both tidal and traditional. 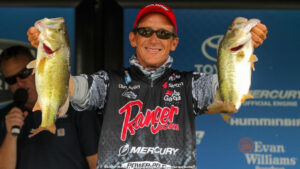 As we all know, rivers are great places to catch bass. Their current brings with it an abundance of food, and seasonal fluctuations create endless and constantly changing amounts of cover for bass to hide.

BASS Elite Series pro Charlie Hartley honed his craft on the ultra-tough and ever changing Ohio River. On the Ohio, there are times when catching a limit is enough to win a tournament, and Hartley has won more than his fair share.

All that time spent on rivers has given Hartley a good understanding of where river bass spawn, which is the key to determining how to catch them before they go to the bed.

“Because river systems change so much, river bass are really adaptable in where they can spawn,” Hartley said. “They’re really looking for something hard that’s out of the current. Places like marinas, backwater ponds, pieces of wood, whatever they can find. Heck, I’ve seen a bass fan out a nest right in the main channel behind a laydown before.” 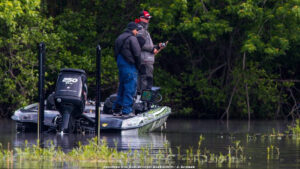 Prespawn bass will be moving toward their bedding areas once the temperature starts moving up into the 50s, and Hartley has two favorite places to intercept them as they move. The first is at the mouths of marinas and the second is along inside bends of feeder creeks.

“On rivers, lots of bass spawn in marinas because they are protected from current and have deeper water.” Hartley said. I’ve had a ton of success fishing the rip rap around the mouths and edges of marinas once the water starts to warm.

If the river has lots of creeks, Hartley said that many of the bass will spawn up the creeks and he concentrates on the first inside bend in the creek to intercept them.

“If you’ve got a creek channel cutting off from the main river, the first bend will usually have a deep bank with lots of wood on it,” he said. “That’s the bank that most anglers will concentrate on. Unfortunately for them, usually the biggest pre-spawn bass will actually travel on the inside or shallow edge of the creek, and that’s where I’ll focus. If you can find that drop-off, you’ll usually find some hungry bass.” 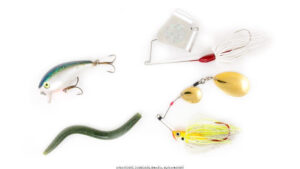 For marina bass, Hartley recommends a two-pronged approach featuring a spinnerbait and a soft stickbait like a Yamamoto Senko. He parallels the bank with the spinnerbait and then pitches the Senko to any visible cover, like boat docks, logs or rocks, he encounters.

For fishing prespawners in the creeks, Hartley said that the key is to find any cover along that inside edge. To do so, he usually uses either a vibrating jig or a shallow running crankbait. If he hits a stump or rock, he’ll then pitch to it with a tube or a jig.

“The key with catching prespawners in creeks is to find some sort of cover along that inside edge,” Hartley said. “You may be 200 feet off the bank and that inside edge might only drop from 2 feet to 4, but that’s where they’ll be. If you can find a stump or brush pile on that thing, it can be lights out.”

On rivers with lots of vegetation, bass will sometimes spawn on the root wads of lily pads. Hartley will fish through those types of areas with a buzzbait or shallow running crankbait like a Mann’s Baby 1-Minus.

If your local river is really shallow, another good pre-spawn location can be the last deep water in a feeder creek. It may only be 4 or 5 feet deep, but they’ll hold in the depression until they go to the bed. 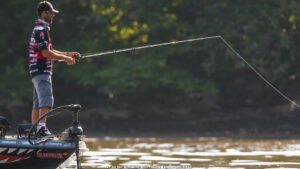 People may have thought Michael Iaconelli’s win at the 2014 BASS Elite Series Delaware River event was preordained due to his home court advantage. His intimate knowledge of the river certainly helped, but it wasn’t the only advantage Ike had over the field in that event. Familiarity aside, he’s also one of the best tidal sticks in the sport, evidenced by a career of high finishes in tidal events including a little tournament called the Bassmaster Classic that he won on tidal water in 2003.

“If you know where they winter, and know where they spawn, it’s really easy to understand where they are in the prespawn,” Iaconelli said. “The most amazing thing about tidal water bass that most folks don’t know is that those two places are usually one and the same. They spawn in the same places they winter. What could be more awesome than that!” 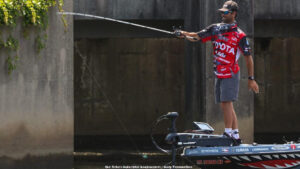 The reason tidal bass usually winter in the same places they spawn is because they need the same things for both; enough depth to cover their heads even on the lowest tide, minimal current, and some type of hard bottom.

“The most common places bass winter and spawn on tidal fisheries are places like marinas, barge or industrial loading pits, backwater ponds, oxbows, and deep holes in the backs of creeks,” Iaconelli said. “If there’s grass on the river like the Potomac or Upper Chesapeak Bay, they’ll also move out to the back sides of grass beds and spawn in the holes.”

The two most common places Iaconelli catches prespawners on tidal water are inside big industrial loading areas or marinas, and around cover located on flats adjacent to wintering areas.

Since tidal bass winter as well as spawn in marinas and industrial areas, you don’t have to travel far to find them once they move toward the bed, you just have to move shallower.

“In many of the barge loading pits and marinas on rivers like the Delaware, there is a deeper dredged out portion, and a silted in shallow portion,” he said. “The bass will winter in the deepest and steepest portion and move to the shallower flat areas to spawn. All you need to do is follow the break line from the deeper areas to the shallow flats and fish your way there. If you can find a stick, rubble or rock along the way, it can be a tournament winning spot.”

Although there may be thousands of bass loaded up in a marina or barge loading area in the winter, there’s probably not enough real estate to allow all the bass to spawn in there as well, which is why on rivers like the Potomac, many also spawn out on grass flats.

To target those bass, Iaconelli will put his trolling down at the mouth of a wintering hole, and work his way along a contour fishing every piece of hard cover between the wintering hole and the spawning flat.

“Lots of times on these tidal rivers it’s things like bulkheads, docks, duck blinds, and even navigational buoys that the bass stop on as they’re heading out to the flats to spawn,” Iaconelli said. 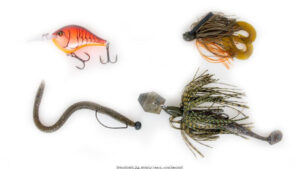 When targeting prespawners in their wintering holes, Iaconelli uses the combination of a search bait like a crankbait, vibrating jig, or a spinnerbait, and a slower bait like a jig or shakey head.

“The key in these situations is to cover water effectively,” Iaconelli said. “If it’s 5 feet deep, I’ll throw a bait like a Rapala DT 6 until I catch a fish or contact cover, then I’ll slow down with something like a Havoc Bottom hopper on a VMC Rugby head or the Missile Baits Ike Mini Flip.”

For the prespawn bass moving out onto the flats, Iaconelli still recommends using a combination of fast and slow, but since tidal flats are often shallower, he will move to shallower crankbaits or a vibrating jig.

“The key for those bass moving out onto the flats is to really pick apart any piece of cover you can find. I’ve caught whole limits of bass off of single sticks or pieces of rebar during the prespawn,” he said. 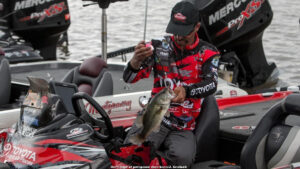 Tidal rivers are often used for shipping and heavy commerce, so they usually have good maps available. Iaconelli recommended identifying key wintering (and thus spawning) areas on the map before even getting to a new river just by looking for marinas, industrial loading areas, and backwater lakes.

Don’t worry too much about color in tidal water. It’s usually pretty dingy in the spring, so Iaconelli rarely strays from either green pumpkin or black and blue.