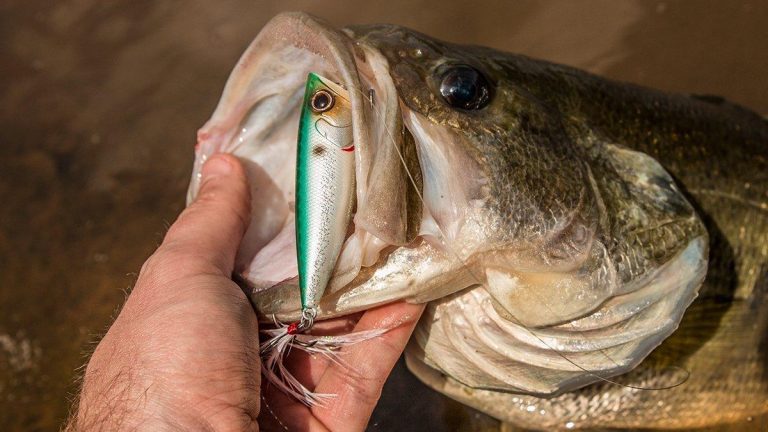 Topwater bass fishing is one of the most popular techniques in this sport; watching a giant bass come out of its environment to attack your lure never gets old. In addition to its excitement, itâ€™s also an outstanding way to catch both quality and quantity.

The warming temperatures of the spring season offer anglers of all skill levels a first-hand opportunity to experience this adrenaline rush. As the bass move to and from their annual spawning grounds, topwater lures are a sure-fire way to elicit vicious reaction strikes.

Before venturing out on your next bass fishing trip, make sure you have these 5 lures in your collection. They wonâ€™t cost you a bundle and even better, theyâ€™ll consistently fish. 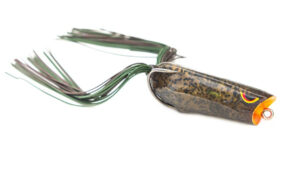 Topwater frogs are widely considered the jigs of topwater fishing; big bass have a hard time turning them down. Although you may not always catch a lot of fish on these hollow-bellied lures, the bites you get are likely to be the â€œrightâ€ ones. If you keep it in your hand long enough, your perseverance will be handsomely rewarded.

When to fish it: While youâ€™ll have a good chance of finding a solid frog bite whenever the water temperatures exceed the 55-degree mark, these lures are often at their best throughout the post-spawn period. As the bass protect their newly hatched fry, they become incredibly territorial and the walking and spitting of a hollow-bellied frog is difficult to beat.

Where to fish it: Willow trees and other types of brushy, overhanging cover are excellent targets for topwater frogs. These areas offer the necessary protection for bass fry throughout the spring season. Start by targeting the shallowest cover immediately following the spawn and move towards the mouths of spawning pockets as the post-spawn progresses. Itâ€™s also a good idea to target the fronts of docks, as the fry-guarding bass will often hide in the shadows waiting to attack potential predators.

The bite: Thereâ€™s rarely any doubt when a bass eats your frog. Although they will discretely slurp it down periodically, the large majority of your bites will be quite dramatic. When you see the explosion, itâ€™s essential to give the bass a half-second or so before setting the hook in order to make sure they connected with it. Hook penetration is also paramount, so while using 60 to 65-pound braided line, set the hook upwards as hard as you possibly can. Donâ€™t play the fish much, either; most of your bites will come in very thick cover, so youâ€™ll need to get the fish coming towards you as quickly as possible.

Topwater poppers are a tried-and-true choice throughout much of the year, but especially in the spring. Theyâ€™re not ideal for thick cover due to their treble hooks, but are a force to be reckoned with when utilized in fairly open-water scenarios. If youâ€™re not comfortable with casting gear, poppers can also be worked with spinning gear quite easily.

When to fish it: Youâ€™ll have your best luck targeting isolated cover in both the spawn and post-spawn periods. As long as the water temperatures are in the 60 to 75-degree range, itâ€™s a good idea to have one rigged up and ready to cast. These lures are highly effective when fished over bedding areas and they also disturb groups of post-spawn bass fry, which forces otherwise lethargic bass to bite out of pure reaction.

Where to fish it: Stumps, corner dock posts, outside grass lines and sparse laydowns are high-percentage targets, but donâ€™t rule them out around the late-spring shad spawns, either. Most of your targets will be in close proximity to spawning flats, so focus your efforts on shallow, south-facing pockets with a sandy or firm bottom composition.

The bite: Popper bites arenâ€™t always overly aggressive, so itâ€™s important to keep steady visual contact with the lure throughout your retrieve. Youâ€™ll have some bass go completely bonkers on it, but some of the bigger fish will suck it underneath the water with very little fanfare. A dramatic hookset isnâ€™t necessary; instead, just sweep your rod to the side much like you would with a crankbait.

These lures used to be considered an old-school offering, but theyâ€™ve seen a major resurgence in recent years. Lure manufacturers are coming up with some very impressive spins on these traditional plugs, but when fished in the right areas, they can all be equally effectiveâ€”even the older ones. While it may seem like theyâ€™re designed for a steady surface retrieve, theyâ€™re most effective when fished just like a topwater popper; a few small twitches followed by intermittent pauses.

When to fish it: Prop baits are much more versatile than many anglers realize. Theyâ€™re excellent around shallow bass beds, post-spawn bluegill beds and even cruising wolf packs.

Where to fish it: When you find yourself in the back of a spawning pocket, be sure to make specific, target-oriented casts to any dark areas you see; stumps, vegetation or even small rocks. You might not always see the bass, but itâ€™s amazing how many â€œfrom-out-of-nowhereâ€ bites you can get this way. Shallow bluegill beds are perhaps the best springtime targets for prop baits because as the big, post-spawn females are recovering from the rigors of the spawn, bluegill represent an easy and nutrient-rich meal.

The bite: Many of your bites will be very similar to topwater popper bites, but it seems as if prop bait bites can be even more subtle at times. Weâ€™ve had many bites that we didnâ€™t even hear or see, the lure just simply disappears. A winding sweep is all thatâ€™s needed to get the large majority of your bites in the boat. 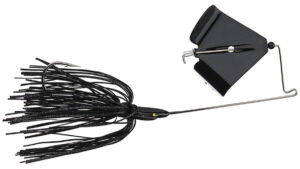 Once deemed â€œtooâ€ effective for bass tournaments during its early years, the buzzbait continues to produce larger-than-average bass for springtime anglers. Theyâ€™re a remarkable tool for quickly covering large areas of water and remain one of the best big-bass baits in existence.

When to fish it: Thereâ€™s no solid answer for this because quite frankly, they can work almost all year long depending upon your location. Weâ€™ve seen outstanding buzzbait catches in 48-degree water and even in 85-degree water when the bass are very inactive. To put it simply, we suggest you have one tied on throughout the entire spring season.

Where to fish it: Buzzbaits allow for a relatively quick, steady surface retrieve which makes them a solid choice when youâ€™re searching for a productive spring pattern. You can fan cast them over large spawning flats, make short pitches to isolated cover and target pre and post-spawn staging areas quickly and easily. If the bass are shallowâ€”which most of them are this time of yearâ€”youâ€™ll get some big bites if you stick with a buzzbait.

The bite: Thereâ€™s no such thing as a stereotypical buzzbait bite, but because of the constant tension and contact with the lure throughout your retrieve, they wonâ€™t be hard to detect. Many anglers use braided line due to its lack of stretch, so whether the bass explodes on your lure or simply sucks it under, just keep tension and speed your retrieve and youâ€™ll enjoy a healthy landing percentage. 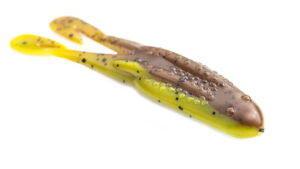 Part buzzbait and part frog, soft-plastic toads are their own beast. Theyâ€™re often overlooked in favor of fancier and flashier offerings, but theyâ€™re a big-time producer in the spring months. While most anglers utilize a steady retrieve to allow the toad to spit and sputter on the surface, others will actually allow the bait to sink into small holes to fool big bass. Regardless of your preferred method, the bass will inhale these baits.

When to fish it: You may not get very many bites on it throughout the prespawn period, but itâ€™s certainly worth trying when the water is above the 55-degree mark. Once the spawn begins, toads are red-hot all season long.

Where to fish it: With the efficiency of a buzzbait and the weedless qualities of a hollow-bellied frog, soft-plastic toads excel at covering vast expanses of thick cover in a short period of time. Grass lines, grass mats, stumps, potential bedding areas and underneath docks are all fair game for these baits.

The bite: Toad bites are pretty explosive, but itâ€™s important not to swing the minute you see the bite. It takes a little bit of training, but itâ€™s well-worth the extra effort. While using 50 to 65-pound braided line, keep reeling until you feel the fish and aggressively set the hook upwards. This will drive the hooks into the roof the bassâ€™ mouth and facilitate an excellent hookup ratio.