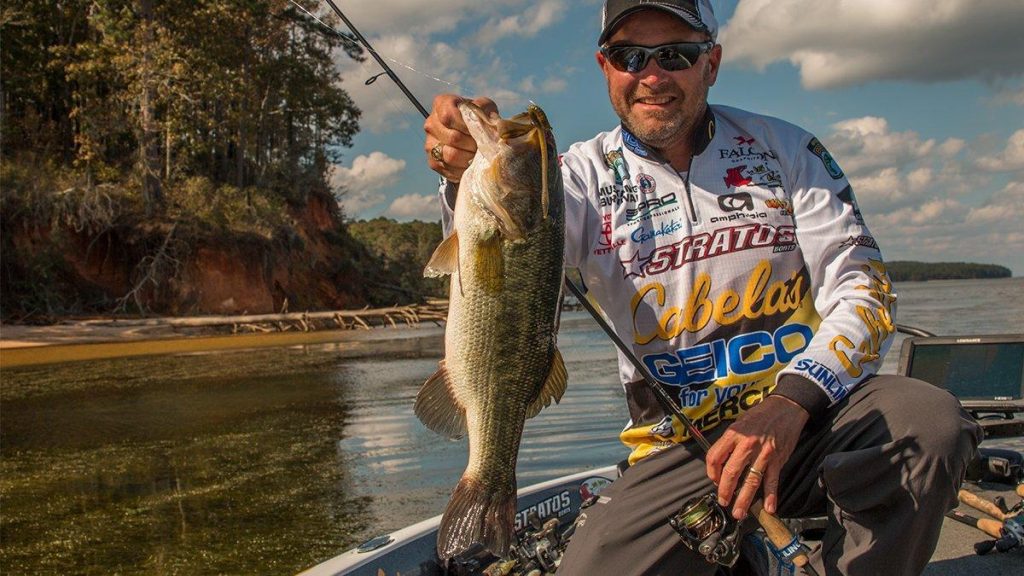 Whether you’re low on cash or simply prefer to keep your approach simple, these 5 soft plastics will have you covered throughout the season. If you cover water and stay shallow, they’ll result in lots of exciting fish catches. 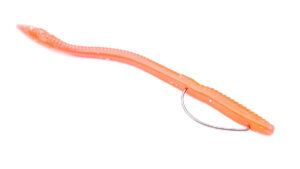 Contrary to popular belief, most floating worms don’t really float; they just sink very slowly when fished without a weight. This buoyancy allows for a tantalizing action that is incredibly difficult for big bass to resist; especially in the spawn and post-spawn periods when the water temperatures are between 60 and 75 degrees.

How to fish it: Rigging a floating worm on a weightless Texas rig is our preferred method throughout the spring. They’re fairly heavy, so they’ll still cast well and this particular rigging option allows for a weedless approach when faced with heavy cover. Make long casts parallel to the shoreline and any edges—grass lines, stump rows, etc.—and “dance” the worm near the water’s surface.

To achieve this action, make sharp, downward twitches with your rod tip to make the worm dart from side to side. It’s important that you don’t “pull” the worm; those quick rod snaps allow the bait to take full advantage of its buoyancy and create an erratic action that drives big female bass crazy.

Targets: As mentioned above, floating worms excel when fished rather quickly parallel to edges; bass use these edges as travel routes on the way to and from their spawning grounds. But they’re also a good target-oriented bait when the bass are fairly aggressive. Skip them underneath shallow dock platforms and walkways, underneath overhangs and even into fallen trees.

The bite: You will see the majority of your bites, which is a ton of fun. Always keep visual contact with your worm as it works underneath the surface and when you see a flash or a boil, don’t hesitate—it’s time to set the hook. 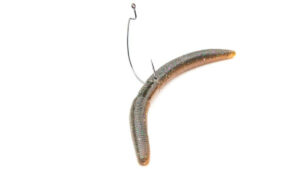 While these worms can also be fished on a weightless Texas rig, we have a lot of success wacky rigging them in the spring; in other words, we hook them right through the middle to create a unique parabolic action as it falls. This can make it a bit more prone to snags, but it’s an excellent option when the bass are holding on very specific pieces of cover.

How to fish it: Because wacky-rigged stick worms have such a natural, non-threatening profile and action, the worm does most of the work which makes them very easy to fish. After the worm hits the water, let it fall to the bottom on totally slack line. Once it reaches the bottom, make very small, upward twitches with your rod tip and let it fall on slack line again. It’s not a great option if you’re trying to cover a lot of water, but this methodical approach is great when you’re really picking an area apart.

Targets: Vertical cover should always be a prime target when you’re fishing with a wacky-rigged stick worm; especially when you suspect the bass to be suspended. Dock posts, logs and even riprap banks can yield outstanding results this time of year. You can certainly get bites fishing them around laydowns and grass, but remember, you’ll have to battle your fair share of hang-ups.

The bite: Most of your bites will occur as the worm is falling to the bottom on slack line. This makes it very important to keep a close eye on your line; as soon as your line jumps or tightens up, set the hook. Don’t get in a feeling contest with the bass because as soon as they feel tension, they’ll try to spit your bait. 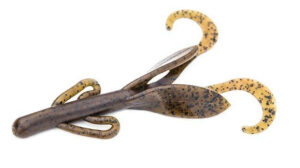 These baits have a funny name because, well, they don’t really look like anything. Some may loosely resemble a crawfish or small sunfish, but they’re pretty funky-looking for the most part. Regardless of their looks, they’re proven producers throughout all phases of the spring spawning period.

How to fish it: It’s very difficult to fish a creature bait incorrectly—especially this time of year. You’ll rig these baits on a Texas rig with anywhere from a 1/8 to a 1/2-ounce weight and simply let them fall to the bottom. When the bait reaches the bottom, slowly lift your rod tip to the 10 o’clock position. Use your reel to retrieve slack as you lower the rod tip and repeat the process.

Targets: Creature baits can catch fish around any type of shallow cover throughout the spring; they’re a great way to cover water quickly because rest assured—bass will bite them if you put it around them. Whether you’re fishing docks, grass beds, stumps or laydowns, it’s worth it to have one rigged and ready to go.

The bite: When you feel a “tick” or “thump” on the end of your line, lower your rod tip and set the hook hard. A lot of anglers make the mistake of reeling into the fish, but it’s imperative to execute a strong, upward hookset. 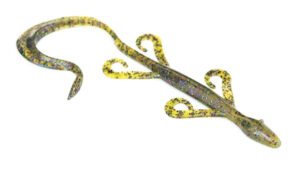 An absolute springtime staple, the lizard will catch big bass, small bass and everything in between. They’ll produce all year long in many parts of the country, but they often shine brightest in the middle of the spawning period when the water temperatures are in the 60-degree range. There’s something about a lizard that spawning female bass will not tolerate.

How to fish it: Similar to the creature bait, you’ll rig your lizards on a weighted Texas rig and retrieve it in the same manner; lift up and reel down. If you’re sight fishing for spawning bass, however, make a long pitch past the bed and slowly drag it into the middle of the bed. Once it reaches the bed and gets the attention of the bass, gently shake it in place until the bass eats it.

Targets: It sounds a bit lame, but any shallow cover that looks “fishy” is a perfect spot to pitch or flip your Texas-rigged lizard. I’ve had several 75-fish days flipping random shallow cover with this bait.

The bite: Again, it’s just like the creature baits we discusses. When you feel a “thump”, “tick” or a mushy feeling, rear back and set the hook hard. 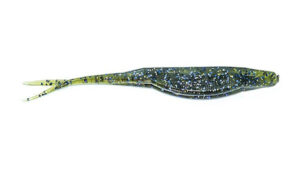 When the fishing gets tough and you’re having problems finding a productive pattern, soft jerkbaits can be your saving grace. They allow you to cover water at a super-fast pace while keeping a subtle profile and action. A lot of anglers blind cast them to likely bedding areas, but they’re also a good option in the post-spawn period as the bass are guarding newly hatched fry.

How to fish it: Like the floating worm, you’ll also rig your soft jerkbaits on a weightless Texas rig. Make long casts and when the bait hits the water, fish it quickly within inches of the surface by executing sharp, downward twitches with your rod tip. The forked tail of the minnow-shaped body will allow for a very dramatic “walk-the-dog” action that acts as an excellent triggering mechanism for lethargic bass.

Targets: If the water temperatures are in the 60s, target south-facing spawning pockets using the aforementioned retrieve method; areas with a hard bottom composition are preferred. When the bass transition into their post-spawn phase, focus on vertical cover near the mouths of the spawning pockets—this is where you’ll find some big females.

The bite: You’ll see the majority of your strikes, so when you notice a boil near your bait, execute a 45-degree angle sweeping hookset.