Words can’t really describe what’s been going on at O.H. Ivie Lake this year. In a span of nine days in late February, six Texas ShareLunkers were caught from the from the fishery which has turned the heads of anglers throughout the entire country.

As it turns out, a 7.60-pound smallmouth/largemouth hybrid bass caught on Mar. 1, 2021 by Wyatt Frankens has just been certified as the new Texas state record by Texas Parks and Wildlife. Not only is it the state record, but it just might be the new world record as well, according to the IGFA. According to Frankens, it is expected to be official once the paperwork is submitted and approved. Tissue samples from the bass were collected by Texas Parks and Wildlife and biologists confirmed that the bass was indeed a smallmouth/largemouth hybrid.

“It was no secret that OH Ivie was popping off, so we got down there about a week after all the big fish were getting caught, and the fish weren’t really grouped up anymore. So we just starting using Garmin LiveScope to scan down timber lines in 30-40 feet of water. It was overcast in the morning and the fish were scattered and roaming. As the wind blew me along, I spotted two dots about 60 feet out on the Livescope.

“I casted a Megabass Magdraft Freestyle rigged on a 3/4 ounce Jenko Long Shank Swimbait Head past the fish. The wind was blowing me towards them and as I reeled it past them, one of the dots broke off and ran the swimbait down. It bit about 10 feet out from the boat and slacklined me. It was a special bite to see a big fish like that run it down and slam it so close to the boat. I jumped down on the deck and was able to lip her after what seemed like a 5 minute fight.”

Below are some pictures of the record bass. Congratulations to Wyatt Frankens on the catch of a lifetime! 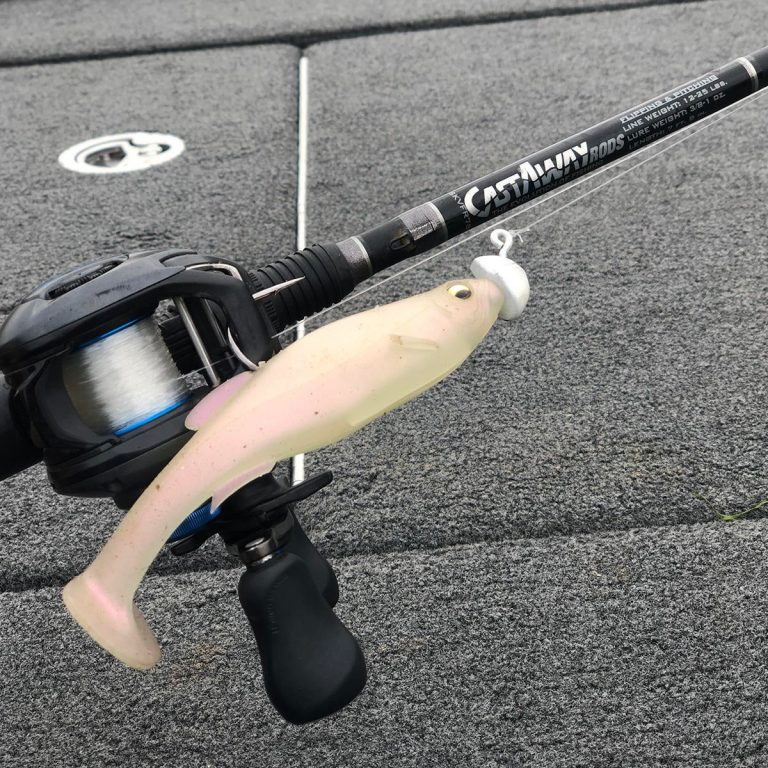 At the tanks while being weighed 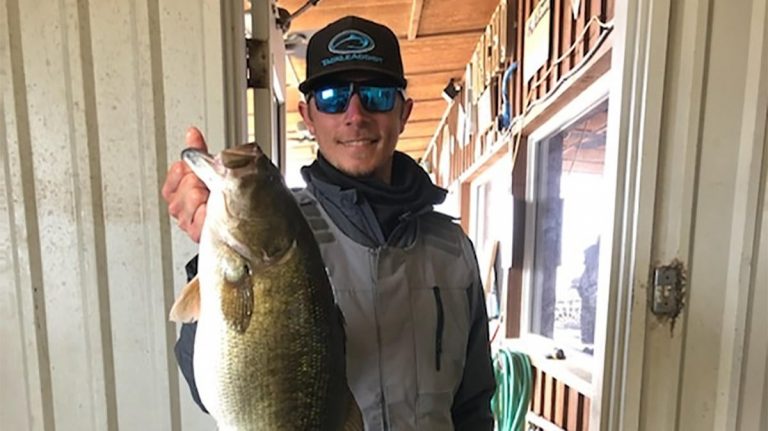 Are we looking at a new world record?