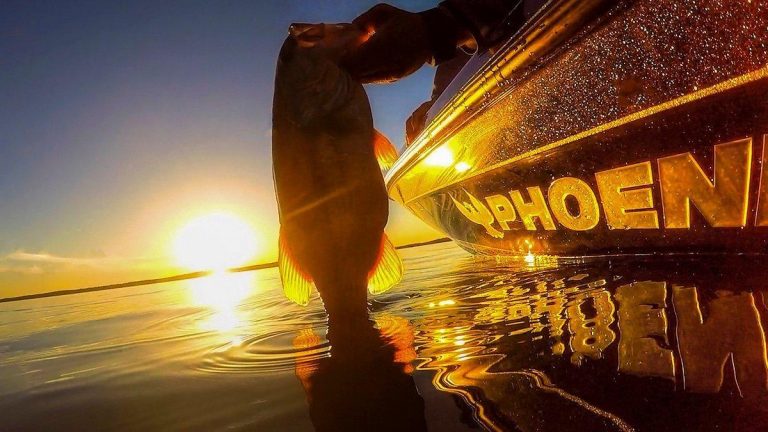 There is a fine line between fishing success and maddening days of no bites. I wrote an article in 2014 about the importance of learning fishing windows. It’s a key part of an angler’s learning process. As you learn your favorite fishing body of water, you will learn not only seasonal patterns but the specific bites inside of those seasonal patterns. But getting locked into those windows can push you over to the wrong side of the line.

For example, on Kentucky Lake I look forward every year to certain “bites.” Not a specific bite from a fish, but a fishing technique and even a lure that the fish bite in common times year after year. For me it’s jerkbait fishing in the early winter, prespawn cranking, skippy wacky rigs to spawning fish, flipping bushes, deep cranking ledges, and one of my all-time favorites is the fall topwater bite.

Right now is normally when fall topwaters ramp up as the pattern here. But that’s hardly the case anymore. It’s no secret that a number of environmental factors are changing the fishing on Kentucky Lake. Without spiraling down the worm hole of the carp discussion in this article, let’s just say that there is a lot more philosophical discussions on the fishing these days around the lake.

This weekend, I fished a team tournament. My team partner is a pretty well known angler nationally and very well known in these parts. Terry Bolton had a great finish in the BFL Super Tournament two weeks prior. So we felt pretty good about the fishing even though we knew it would be tough.

Well long story short, we threw back our one keeper, put the boat on the trailer and went home with our tails between our legs. Fishing was tough for a lot of folks. When 8 pounds gets a check in a team tournament on Kentucky Lake, fishing isn’t exactly swell. But 23 pounds won. That didn’t spin me out nearly as much as finding out that the winner fished the same pattern we did, albeit in completely different water. We got our teeth kicked in basically doing the same thing the winner did. 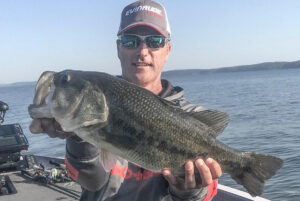 And that is the fine line in fishing. You can know the bite, the winning bait, presentation, cover and pattern. But that doesn’t mean it’s going to work every where or every day. What was the deal a week or two before can evaporate overnight. Conditions change. We all know we have to adapt and fish the conditions. But even then, how do you assess quickly on the fly when to stay and when to go? When to stick with a presentation and when to abandon it.

It’s a fine line to tow in fishing. On one side is the exhilaration of having a memorable day of fishing, catching a big bass, winning a tournament and all the adrenaline, relief and sense of achievement that come with those accomplishments. On the other side is, well, it’s when many anglers consider selling all their gear and taking up golf.

It can be maddening. I’ve often preached that you really don’t learn much by not getting bites. Sure you can rule out water and narrow down your search for more and better bass. But you don’t really truly learn about bass until they bite. So what could I take away from all of this and how can you fall on the positive side of that fragile line between fishing success and failure?

There are always things I wished I had done different when I fail at something. But Thomas Edison famously said when failing to make the light bulb after 10,000 attempts, “I haven’t failed. I’ve found 10,000 ways that won’t work.” He went on to say after succeeding to invent the light bulb, “Many of life’s failures are people who did not realize how close they were to success when they gave up.”

So here is what I am reminded of when falling on the wrong side of the line in fishing.

Many anglers will tell you the don’t like to hook fish in practice. But I think laying off of fish in practice can be just as counterproductive. We assumed the fish were still doing what they were a week ago. We laid off them because we didn’t want to chance catching a fish we needed on an off day. But they did not remain in those areas and we did not know that because we laid off.

Go with what is working not what worked

The fish changed. Maybe the got up and roamed more in the area. Where they were biting precise presentations, we probably should have gone with more search baits that covered larger areas. We got two good bites on one pattern and then went back to what we thought should work. We probably could have stayed with the first pattern and maybe scraped enough bites to have a good finish. When we won a few years ago in this same event, we just fished the conditions and what worked early after abandoning our original plan in the first hour. Always feels silly when you don’t fish the moment in hindsight.

Bounce back and forth with scattered fish

We got a few bites early on one pattern. And then went to our main deal. In hindsight, we should have bounced back and forth between what worked that morning and what we thought should be the pattern given prior weeks fishing. As you bounce back and forth between types of areas and presentations, one will usually present itself as the way to catch better quality or generate more strikes and then you can refine. Bouncing back and forth helps you to not get to set in preconceived notions.

Likewise, keep in mind fish change. Which means one bait might catch them better today in the same area than another bait did yesterday. Their mood, the conditions, the bait can all affect how they react from one day to the next. Knowing the general places that have been holding fish is just part of it. Knowing that there might be a better way to catch them today than yesterday can yield big catches.

Don’t assume the fish are gone

Bolton caught 14 pounds on day one of the Super Tournament. He went back and hit all the same stuff the second day and actually got more bites and caught more weight. Don’t assume the fish get fished out. Adding water is a big part of fishing success. But so is generating more out of good areas. When the fish are scattered, fishing big areas can yield varying catches from hour to hour or day to day. The fish are meandering, wandering and feeding. You can cycle through areas multiple days and multiple times a day and catch fish that just weren’t there before.

The biggest thing is don’t assume because one bite has been on that it’s going to remain on. I know this year it seems like a lot of very good bites only last a week, if that long. I’ve had some of the best catches I’ve ever had this year. But I’ve been more amazed at how one bite just ends so abruptly after it has been so unbelievable. And of course that is what keeps us coming back for more.

The sting of not figuring the fish out is painful immediately, but when the pain dulls, the lessons learned seem to fuel my fire to get back out there and figure the fishing out better for the next time. 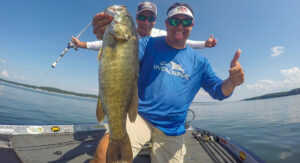