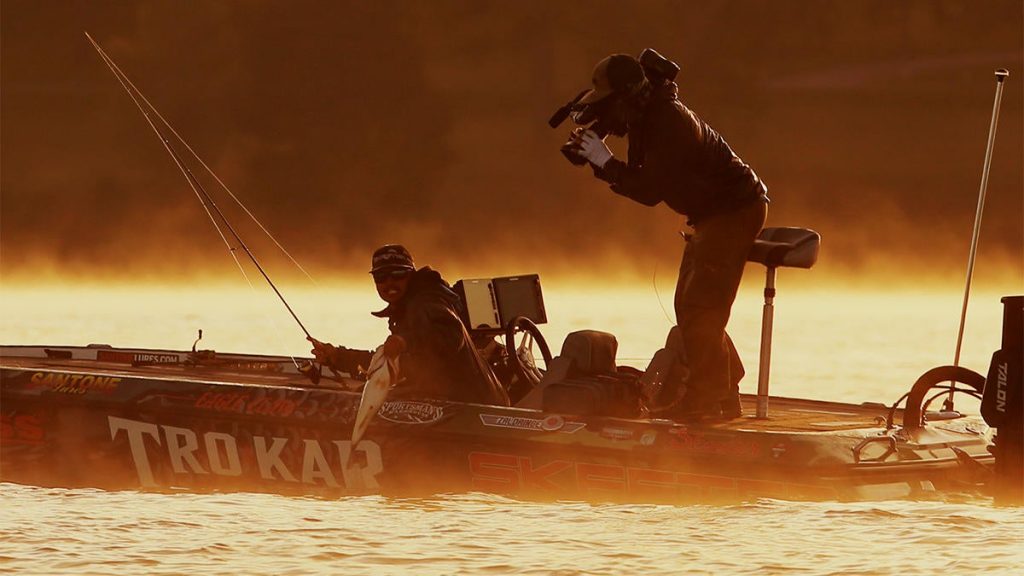 Many go an entire lifetime without knowing of or being involved in a drowning. Unfortunately, I’ve been personally affected by two drownings in recent years. A year ago, an older gentleman died in my arms after falling into the water. And just last week, I lost my close fishing buddy after he drowned while bass fishing.

The message could not be any clearer to me. Wear your life jackets.

Big motor or not?

Most reputable tournament organizations worth their salt have a mandatory rule to have life jackets on and buttoned up anytime the big engine is running and the kill switch must be attached to the driver. It’s second nature and is just something we know and do without thinking. Most organizations, however, allow anglers to remove them when they are fishing.

Accidents occur while running across the lake, no doubt, but many also occur at the docks or just while fishing. Fall in, hit your head or get caught up in current and it doesn’t matter if you are Michael Phelps. You are a goner. If you want to set an example for safety, make it mandatory to have them on while fishing.

I know it will ruffle feathers and make people angry or whatever, but I would rather folks be mad and alive than happy and dead. Think about that.

With the new automatic inflatables, better materials for foam-filled life jackets, the talk of more safety with trailering on big fisheries, timeouts during storms and constant contact at the pro level with GPS and cell coverage… why wouldn’t we have both anglers and co-anglers where one in the boat the entire time?

To me, it doesn’t seem to make sense why we don’t.

I’ve heard it all

I have heard all the excuses. Not comfortable, too expensive, too hot, cumbersome, they might not inflate, “I can swim” and a host of others.

But because I have seen what else can happen and have lost friends to drowning, I believe it’s time to revisit this. For the record, I was one of those that hated them too but now it’s routine for me. From the time I start backing down the ramp until I pull the boat into the parking lot I have my Mustang HIT on and the funny part is I am now a stickler for PFD maintenance, too. I check and recheck mine and have bout extra rearming kits on hand as well.

The excuses don’t work with me. For example, professional anglers wore bowling shirts for years; they were hotter than heck but the new performance family of apparel came out. We have fancy jerseys now, wrapped boats and engines that look like they came off the space shuttle and all of these things came from change.

No seats and no nets

More and more anglers have gone away from butt seats in the front of the boat. They say it’s due to more mobility and more room on the deck but because we’re always balancing on one foot while operating a trolling motor, a loss of balance can occur. A rogue wave, a slip or unexpected movement by the co-angler can cause a fall. Rest assured when you get older nimbleness turns to clumsiness. Combine that with rough water and you can be in the drink.

Most young up-and-coming anglers see professional anglers not using a front seat as a badge of honor and they too have adopted to the no-seat approach. Old guys, like me, see butt seats as tools to retain balance and allow me to spend longer hours on the water but more importantly are a safety item as well.

No nets also means more leaning over the boat and racing around in the boat to land fish and due to COVID-19, a lot of the pro anglers are currently fishing tournaments without a marshal. Movement can cause mishaps especially on large bodies of water like the Great Lakes. More and more the top professional leagues see them as viable fishing locations due to the outstanding fishing, so the percentages of potential accidents increases with that move.

I understand the naysayers

I am old enough to remember when seat belts in cars were not mandatory. Putting them on doesn’t save every life but rest assured, it has cut the percentage of severe injury or deaths down significantly. Many were against them for the same reasons they are against life jackets and I hear it all the time.

I know I’ll take some heat for bringing up wearing them during the fishing day. After losing a friend in the last week and being part of a rescue a year ago where the person died, I know firsthand the pain these accidents cause. The law of large numbers tells us it will happen again but if we do our part to prevent them the numbers will remain low and life jackets just may save a few along the way.

That is my hope.

No doubt fishing without a life jacket is more comfortable and less cumbersome and many young anglers believe they are invincible to accidents but to someone who saw firsthand and also lost a dear friend from drowning, trust me when I say that it happens so quickly. Witnessing death on the water first hand changes perspective and since that day I wear my Mustang all the time. It has gotten to the point that I feel naked if I don’t have it on.

I was totally surprised at how many angler buddies of mine when quizzed cannot swim. That scares the dickens out of me. They can be hot, unwieldy and confining until gotten used to. Remember they are called accidents for a reason and a slip and bump to the head can be bad news.

As we age we are not as nimble, cannot swim as far as we think and we can have a harder time getting back into the boat if we fall out. Simply hoping you won’t have an accident is not a preventative measure.

I believe much of the good in fishing comes from the pros and although not a perfect solution, wearing a life jacket and being an example to others seems to just go with the territory. I am willing to bet that if the pros began to wear their PFDs more, other anglers would follow suit and not just when the big engine is running. I for one would like to see that visited by the leagues but more importantly at the grass roots levels where experience on the water is less.

I hear the leagues talking all the time about safety with trailered launches, getting off the water during lightning and inclement weather and it would just seem natural that life jackets would be part of the discussion moving forward too. Companies need to continue to develop new products that are cooler, lighter weight and are fail-safe in an accident. I have confidence they will but first, you have to wear them in order for them to work.