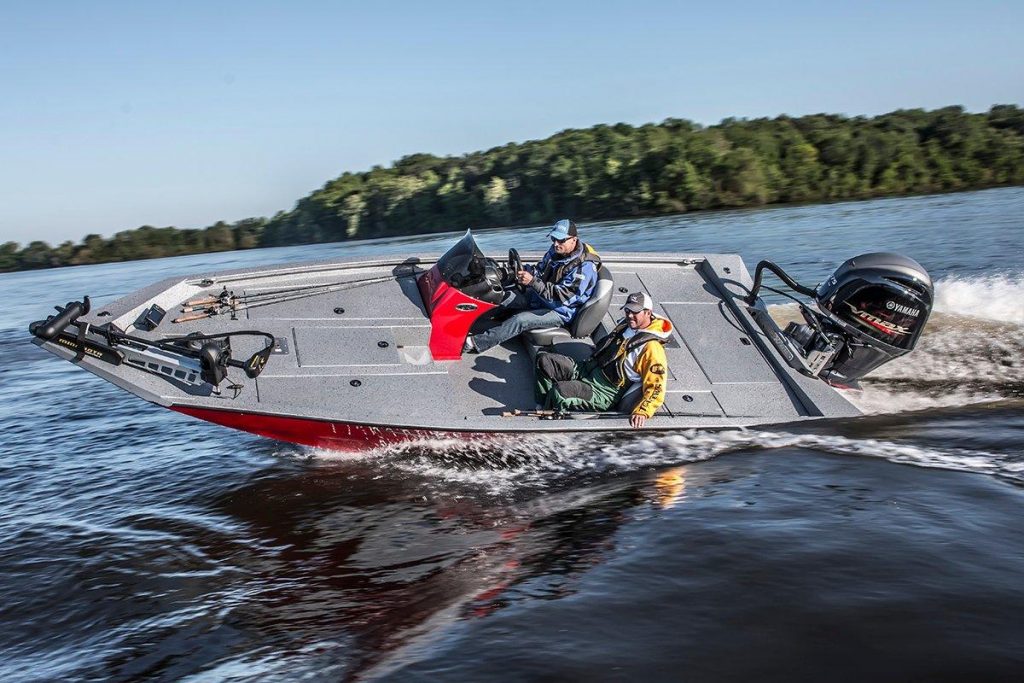 A boat is a sign of who you are, what you stand for, and for those of us of the male persuasion, at times it represents our manhood. Freud would’ve had a field day if he’d lived to see the birth of Ray Scott’s creation. The vehicle you drive on land, your choice of a spouse, where you live and how you worship are all significant, but the boat you drive â€“ now that’s important. You’re asking us to bare our souls.

There are loyalists to every brand â€“ BassCat fans, Rangerphiles, Skeeter guys and on down the line, but we all have one thing in common. Actually, two things: as the old saying goes, the happiest days of our lives are the days we buy our boats and the days we sell them. That’s not quite true of course. It’s great to fire up a virgin livewell aerator for the first time and it’s absolutely intoxicating the first time you haul a monster limit out of those same livewells, but for many of us, those moments occur less often than we’d like. But driving a shiny new metalflake chariot off the lot, or getting handed a check and seeing it drive away, those two can be pretty damn satisfying.

Of course, selling your rig is not without some remorse. You always wonder if you’ve left some fish-catching mojo behind and whether your new boat will catch ’em quite as well. But for the most part, it’s nice to know that someone else is excited to pick up a “new to them” bass boat. Still, there are always complications. When I sold a boat a few years back, I outlined the colors in the advertisements, stated that it was a single console and expressly listed the accessories. Still, probably 2 out of every 3 calls asked what color it was, whether it was a dual console, did it have electronics, or some combination thereof. My friend Bill Roberts had it even worse. After he and a buyer agreed on a price, the guy came over to pick up the boat and asked, “How many payments do you want?” Bill’s answer: “One.”

But buying a boat, while exhilarating, is not necessarily a picnic either. My biggest worry is that I’ll fish too conservatively with an unblemished hull. While that first foray into the bushes or the standing timber can be nerve-wracking, in some respects it’s also a relief when you get that first scratch and your once flawless boat is now only 99 and 44/100 percent pure.

My current boat, a 2006 BassCat Pantera IV, was the first boat I purchased after getting married. My wife didn’t give a damn about electronics or horsepower, nor did she push to get a pesky second console. But she did want input in choosing the colors. The biggest problem was that she doesn’t like metalflake, or, as she put it, “no sparkles.” Eventually common sense won out and we did agree on a flake pattern which passed her scrutiny. I mean, come on, metalflake is a redneck’s favorite color. Speaking of favorite colors, the other day my three year old niece asked me my favorite colors and I told her junebug, green pumpkin and Bama Bug. Now she’s not allowed over to our house unsupervised anymore. Her parents should just be glad that Andre Moore isn’t her uncle â€“ she might have been exposed to hematoma, spring break and who knows what else.

Whatever color you end up choosing for the hull, sides and cap is a matter of personal preference, but let me commend to you one thing that’s critical â€“ make sure the carpet is a color that will hide the spilled coffee, chewing tobacco dribble and fish slime that you or your partners will inevitably get on it. And don’t think it won’t happen. We had one guy in our club who bought a beautiful Triton a few years back with tan carpet that was closer to ivory than to brown. He spent all day guarding against potential staining agents. At the end of a tournament day, he used to get out a dustbuster and work the carpet back into condition. That’s too much work for me. We probably could have given him a heart attack with a small pen full of disappearing ink, but that would have been too cruel.

Since I’m borderline computer illiterate and otherwise technologically feeble, I’m not going to get an IPod docking station in my boat, or electronics that can simulate the sounds of the humpback whale or drill into stumps to count their rings. In fact, the old Harry and Charlie depthfinder (aka, your flipping stick â€“ if it doesn’t hit bottom the water is “too deep”) is just fine by me. But I am going to give you a mantra to live by â€“ simple is best. Anything complicated, newfangled or otherwise cool but unnecessary is going to break when you need it most. About a decade ago I had one of those Power Gator mounts for my trolling motor. Didn’t last long. And that’s just the tip of the iceberg. Gadgets and gizmos may be nice, but if you’re like me you are better off spending your money on duplicates of things that you have to have along with you when Mr. Murphy strikes. Things like a second bilge pump, spare fuses and extra props for your big engine and your trolling motor. Like many of you, I also bring a spare trolling motor with me whenever I fish and that’s been the best investment made since Forrest Gump bought shares in that fruit company.

We all like different layouts, but in the end, storage space is crucial. I probably have more tackle than 95% of the anglers out there, but I don’t carry an obscene amount with me in the boat. My draw partners, on the other hand, often seem to come with tackle bags made of tungsten. Often the hardest part of the day is lifting their stuff into the boat while it’s still on the trailer. Even worse than their lures and terminal tackle are their typical lunches. I like to eat as much as anyone, but some of these guys must be training for the Coney Island hot dog eating contest. Two sub sandwiches, a full case of crackers, and a gallon jug of H2O are par for the course. I’ve also seen a few guys who stray from the obvious â€“ when they whip out the containers of leftover Chinese food, all I can do is grin and know that it’s par for the course. The oddest tournament day lunch I’ve ever seen was when I was a rider in another guy’s boat in a Federation event. At mid-day, he went into the starboard side rod locker, got out a loaf of bread and a small kit that included a bowl, a sleeve of tuna and a small pack of mayo. He proceeded to whip up some tuna salad and make himself a sandwich. It looked good, but it took an awful lot of time. Someday I’m sure one of these gastronomes is going to bring out a hibachi or a camping stove and put together a stir fry. I won’t be surprised.

I’m sure you’re as proud as your floating tackle box as I am, whether you run an “aircraft carrier” capable of piloting the great lakes or a “tin tub” that’s dented up from too many shallow water forays. Just remember â€“ mine’s the coolest, at least until I get my next one. I don’t have boat envy yet, but like any red-blooded basser I’m always on the lookout for my next dance partner.