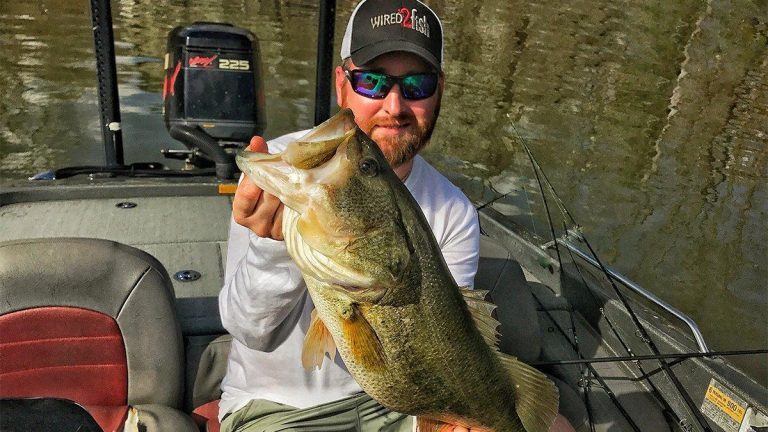 I’ve backed away from the large majority of local bass fishing tournaments lately. I used to be all about it, but as I’ve gotten older, I’ve noticed that my competitiveness isn’t quite there anymore. It’s been an interesting revelation, but I’m at a point in my life where I don’t want fishing to be stressful. I’m sure I’ll get the fire back, but for now, I’m happy with my decision.

With that being said, I still fish a handful of tournaments each year just to scratch the itch. If I’m catching ’em and a tournament happens to pop up, I’ll fork out the money and try to jackpot it. If all goes well, it’s a good way to make a little extra folding money.

I fished a team tournament a few weeks ago that, historically speaking, has been really good to me. I won it back in 2014 fishing solo, so I left the Bassmaster Classic a day early this year and jumped in. Long story short, I got my teeth kicked in.

I’m not too proud to admit it and I think everyone can learn from my mistakes. I have been getting killed in the past few tournaments I’ve entered and I was mad as a hornet after this most recent debacle. So I really started thinking about what went wrong. I catch ’em during the week and have the photos to prove itâ€”so what gives?

In my opinion, I think I’ve been practicing totally wrong. Hear me out on this, because I think it’s a valid point we should all consider.

Due to my work schedule, I usually don’t get on the water until the middle of the afternoon. If I can wrap up work and be on the water before 3pm I’m doing well. This time of year especially, when the prespawners are getting staged up and trying to make their shallow push, they always bite better in the afternoons. The water temperature rises several degrees once that sun gets high and the lake seems to come alive. Bait is flipping along the seawalls, bluegill are hanging out around the shoreline grass and the bass know what’s up.

For these reasons, I’ve been catching a lot of nice fish after work. It has almost been easy, if I can say that without sounding like a jerk. But I’m catching them when they’re most vulnerable and for a lack of a better term, it might be giving me a false-positive in terms of a tournament strategy.

Come tournament time, I have really been struggling in the morning hours. I’m fishing areas that I’ve been catching ’em in during the late afternoons. When the sun is low and the day is just getting started, they’re not in these areas yet. But I’m forcing the issue and letting historyâ€”not my instinctsâ€”dictate my game plan. I feel like I’m just wandering around and killing time until the afternoon hours. By the time the fish finally get set up in my best spots, it’s almost time to head back to the dock.

Think about it: If you’re not practicing for your tournaments until mid-afternoon, you have a good chance of spinning yourself out. You’re fishing and learning their current behaviors during weigh-in time. Even though you’ll never replace time on the water, I wonder if these afternoon sessions are hurting weekend tournament anglers more than they’re helping. I think that has been the case with me.

Now, I fully understand that we don’t get to choose when we have a little weekday free time for fishing. Life is busy. But if you’re a working man who might be taking an afternoon off to find fish for Saturday, I might suggest taking that same personal time during the first part of the day.

I believe many of us are underestimating the importance of practicing during tournament hours.

Fishing pressure will change the game

In addition to time of day, I think my failure to account for the additional weekend fishing pressure has really messed me up. Weekday fishing will spoil a man in the blink of an eyeâ€”it can almost feel like your own private lake on some days. You can zig when you want to zig and you can zag when you feel like you need to zag. Nobody’s in your way and everything is at your fingertips.

One of my biggest frustrations with tournament fishing lately has been the perceived lack of “fresh” water to fish. After the first hour or two of the tournament, I feel like I’m constantly fishing behind people. Nearly every pocket I pull into has a boat coming out of it. This spins me out more than anything. I don’t care what anybody saysâ€”the bass will behave differently after they’ve heard a dozen trolling motors whizz over their heads.

This certainly isn’t an excuse. I’m admitting some very clear mistakes I’ve made. I don’t enjoy fishing my local lakes on the weekends because of the crowds, so I generally try to avoid it. But it’s hurting me in the long run because I have a really tough time mentally adjusting to the added variables. It destroys my confidence. I’m not used to it, so I don’t really know how to deal with it.

For instance, I had a decent little grass bite going into this most recent tournament. But as the boat traffic picked up throughout the day, the shoreline vegetation got totally blown out. As the waves battered the grass, the roots of the grass were completely out of the water when the trough of each wave hit. The bass aren’t going to put up with that, so they got the heck out of there. I failed to account for that, which left me scrambling around like a crazy person all day.

In order to become a more consistent tournament angler, I think it’s important for meâ€”and anyone reading thisâ€”to make ourselves get out in the crowds. We have to figure out how to adapt to all of these variables and it takes experience. Sure, it’s a lot more fun to fish on the weekdays when you can pile-drive ’em until supper time. But if there’s a derby coming up that you want to fish, it might do you some good to get out there the Saturday before and learn how these fish change their behavior on the weekends.

Bass fishing tournaments are all about variables and if we don’t willingly practice for them, I think we’re doing ourselves a disservice. Let’s get out there during tournament hours and make ourselves learn a little about fish management in crowds. It might not be the easiest option, but it could make all of us a little extra money throughout the year.