Bass fishing is a fickle thing. Some days we’re on top of the world and unbreakable. We’ll get on ’em early and head home after sunset with shredded hands, an imperishable grin and reeking of the day’s catch. Other outings, however, aren’t so kind to us. Everything seems to go wrong and we’re left with the bitter taste of defeat, submissively reflecting on what could have been. These inevitable moments of humility are, in my opinion, exactly we share such a deep reverence for this sport and the creatures we pursue.

2014 has provided me with fishing memories that will last until the day I die. When I turn grizzled, even uglier and my physical fishing abilities cease to exist, I’ll share some of these stories with my grandchildren.

But make no mistake about itâ€” this year has also kicked my butt. I’ve choked down more humble pie than I’d care to admit. You won’t find me complaining, though. My numerous shortcomings have taught me several lessons that will aid in my development as an angler.

Take it on the chin 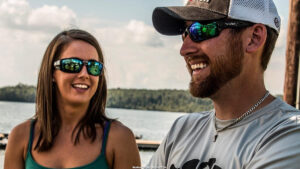 We’ve all been there before. Human nature gets the best of us and we’re left poking out our chests after a few memorable days on the water. As they say, however, all good things must come to an end. The fish will move and we’ll fail to adjust. And when that happens, we have two choicesâ€” pout, kick and scream or suck it up and take it on the chin. I prefer the latter.

The always-fluctuating water levels on my home lake are notorious for ruining what you might falsely believe to be a productive, fail-safe pattern. And just because I write about fishing for a living does not and will never mean that I don’t have bad days of fishing. It happened a lot this year and I’m sure it will continue to happen.

I got on a hot streak early this spring and it seemed like I couldn’t do anything wrong. Heck, I was catching 7-pounders with my line tangled in my trolling motor propâ€” things that just shouldn’t happen. I won a couple of pretty big tournaments, made some money and I’ll admit that I thought I had cracked the code. I was proud.

But then the fish changed and I was fishing memories. After a few poor tournaments and guide trips, I was mad. Really freakin’ mad. And guess what? It hurt my performance even more.

So I spent a few days at home and left the boat in the driveway. After a lot of thought I realized that, although I was keeping my emotions and feelings completely internal to maintain a poised demeanor, my thoughts were childish. I took my proverbial ball and went home because I wasn’t getting my way. I vowed to never let it happen again.

Since then, I’ve enjoyed both my victories and defeats much more. So when you get beatâ€”because it will happenâ€”take it as a learning opportunity. A little black eye never hurt anyone, so don’t go home and kick yourself all evening. Get on the water the next day and figure out what you did wrong. Remember, calm heads always prevail both on and off the water. Suck it up, smile and get after it.

Retie your line if there’s any doubt

It’s easy to get ahead of yourself in this sport. You’ll catch a good bass, take your photos and post ’em to your bragging boardâ€”some call it social mediaâ€”and before you know it, you’ve made your next cast without even checking your line for rough spots.

This happened to me this weekend. It was my first tournament of the year, I was relatively rusty and to be honest, I really wanted to be in a deer stand. I had been fishing some rocky bluff walls at daylight and yes, sirâ€” Ding Dong didn’t check his line before casting to one of his best brush piles.

I set the hook and it sounded like a gunshot. I didn’t say a word. I just reeled in my slack line, sat down on the rod locker and retied. As I was standing up to make my next cast, a 4-pounder came jumping on the surface with my disconnected bait thrashing in its mouth. I would have rather taken a pitching wedge to the groin than to be subjected to such cruelty.

The moral of the story is simple. Check your line religiously and don’t be lazy about retying. Whether you catch a 10-incher or a 10-pounder, take a few seconds to retie your knot. If you don’t, I promise it will come back to haunt you sooner or later. 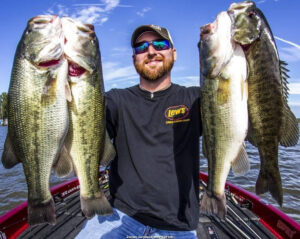 Just because the bass are relating to a certain type or cover, structure or depth in one area of your favorite fishery doesn’t mean that’s the case everywhere else. If you’re preparing for a tournament or just fishing for fun, make an effort to find different patterns in various areas of the lake.

I’ve been burned by this a few times this year, especially in the past several months. Water temperature and clarity largely dictate how the bass position and react to lures. For instance, common knowledge usually tells us to seek warmer water in cold conditions this time of the year. So if you’re catching shallow fish in the lower end of your fishery, they may not be as shallow up the river arms due to fresh runoff and cooler water temperatures.

But it’s also important to consider how water clarity may change throughout a lake. I was catching fish this weekend in brush piles in clear, deep waterâ€”something I don’t enjoy very much. The pattern shut down and I didn’t adapt because, quite frankly, I didn’t develop any back-up plans in practice. My sample size was too small. In hindsight, I should have spend half of my practice day exploring muddier water in the upper-end of the lake in hopes of finding a solid shallow pattern, which is my strength.

Don’t be afraid to fish alone 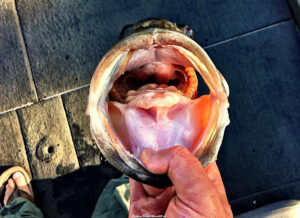 Due to my hectic work and travel schedule this year, I didn’t have a chance to coordinate many trips with buddies like I have in the past. As a result, I fished by myself more frequently than I ever have and I loved it. It forced me to rely entirely on my brain and experienceâ€” no one else’s.

I’m a goofy dude. I like playing jokes on people and cutting up, so I tend to get a little distracted when I’m fishing with a good buddy. I have a blast, but I don’t learn as much as I could. Don’t get me wrongâ€” fun fishing trips great, but sometimes you have to leave the distractions at home, grind it out and go “learning” instead of fishing. Sometimes I refer to fishing by oneself as “taking off the training wheels”.

I feel like I learned much more this year than the previous several years combined. I didn’t speak a word all day at times. I was in the zone, uninterrupted and totally keyed-in on every movement my bait or lure was making. When I fish alone, I’ve realized that I don’t get spun-out by someone else’s suggestions or opinions and I perform much better. So much so, that I’ve started fishing lots of team tournaments by myself with great results.

Stick with your confidence techniques when it’s tough

I work with the best professional anglers in the world so as you can imagine, a lot of folks ask me questions about what I learn during my travels. To be honest, it can seem like an information overload at times because these guys are on a totally different level. But at the end of the day, I’ve learned one important lesson above all.

Stick with what you know.

Now, that doesn’t mean you shouldn’t try new baits and techniques. You’ll never get better if you don’t venture outside of your comfort zone from time to time. But when the bite gets tough and you’re having trouble putting something together, rely on the technique with which you’re most comfortable.

For some people that could mean fishing shallow docks with a squarebill and for others that might mean fishing deep structure with your electronics. Either way, tough fishing conditions aren’t ideal for experimentation.

Let’s be real, hereâ€” confidence is an enormous factor in bass fishing. You can be around a giant wad of bass in perfect weather but if you’re not convinced you can catch ’em, you’re going to struggle. So if the fishing stinks on a particular day, it’s probably not the best time to break out a new technique you just read about on Wired2Fish. I’d much rather tinker with new concepts and ideas when I have a good chance of catching some fish. If you’re anything like me and you fail to get bit, you might put a potentially productive technique on the backburner without unleashing its full potential.

Personally speaking, I’d rather be really good at a few techniques than be mediocre at many.

Listen to the voices and trust your gut 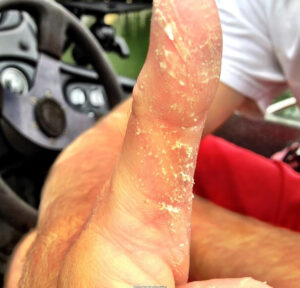 Developing a reliable gut instinct takes a lot of time. All I’ve ever known is fishing and it took me many years to start trusting my intuition on a regular basis. So be patient, because there’s absolutely no substitute for time on the water. I don’t care what anyone says.

With that being said, don’t ignore those tiny voices in your head throughout the day. You’re not crazy. We all have ’em. That’s your “gut” talking to you.

I can recall several instances in 2014 in which I failed to take my own advice and it hurt my results. For instance, I was fishing a tough tournament a few months on a lake with which I have a troubledâ€”at bestâ€”history. I’m a diehard cranker, so I figured I could go catch a respectable limit cranking windy lead-in banks. I wanted to stick with what I knew best.

By the time lunchtime rolled around, I had about 13 pounds in my livewells. Based on the recent weather patterns, I knew I needed more weight to have any hope of a respectable finish. It was windy, we had some intermittent cloud cover in the area and a voice in my head kept saying, “Go throw a blade, you dummy. This is a spinnerbait lake and you’re going to get spanked by one if you don’t throw it.”

I didn’t listen and wouldn’t you know, my buddy weighed just shy of 25 pounds on a spinnerbait. To make matters worse, he caught ’em just a few hundred yards from my primary area.

Trusting your gut also involves developing an instinct in regards to a fishery’s output on a given date. Are the winning weights usually in the low teens in January? Are 20-pound bags common in March? Using this knowledge to your advantage can help you decide when to take calculated risks and gambles and avoid bombing a tournament that could’ve been won with a simple limit of 2-pounders. And again, this can only come from spending a lot of hours on the water.

I don’t claim and will never claim to have all of the answersâ€” nobody ever will. That’s why we play this game. But by reflecting on both your successes and failures, you can gain an incredible amount of knowledge that’s sure to help you in the future. Bass anglers can be a stubborn bunch, so we often learn our most important lessons the hard way.