It’s October 3rd, 4:03 AM here in Alabama. I’m sitting in my desk chair staring at a blank screen.

I have a 47-minute interview on my tape recorder, but I don’t really know where to start. 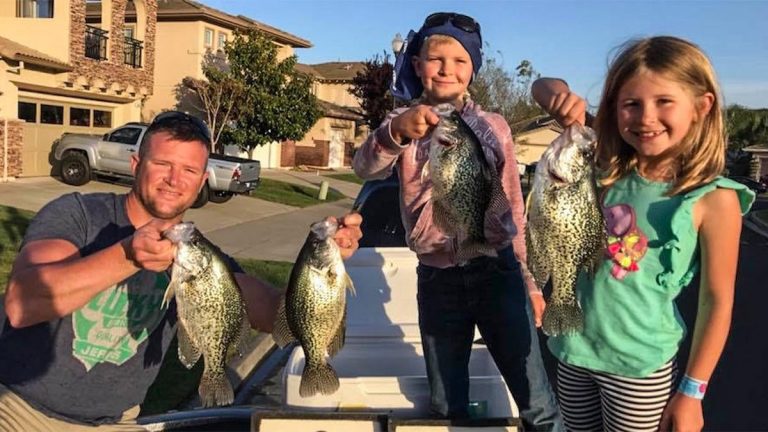 … and Air Force Major Kyle Perry is sitting on an airplane, the doors closing on his last glimpse of America for a while.

Major Perry and I have a couple things in common, a good buddy named Tom Frink and a love for fishing.

Frink thought the two of us should talk, see if I could write a story about Kyle.

I’ve been debating on whether I’ll go fishing after work tomorrow, or just wait until Saturday.

It will be 6 months from today, best case scenario, before Kyle sees a body of water again big enough to float a boat.

Kyle’s a critical care nurse in the Air Force. His medical kit is packed with bandages, IVs, units of blood, you name it. Tools to help his team preserve life on the battle field.

On his hip, he wears a 9mm. Across his chest, an M4. Both there to help him take life should the need arise.

In 2018, Kyle spent 6 months in Afghanistan. He’s staring down the barrel of another 6 month stretch as we speak. In the next 4 years before he’s eligible to retire, the most likely scenario is that he will deploy 4 more times, for 6 months each time.

“I’m not going to lie,” Kyle said. “It’s starting to wear on me. My wife’s really good, my kids are really good. They stay super busy so that makes it work. That gives me peace of mind while I’m over there knowing that they’re having a good time.

“And it’s what I signed up for. It’s real military medicine. It’s historical. And the amount of satisfaction I get from it is pretty outstanding. But the more times I go over there it gets old.”

“Over there”… Afghanistan. A place I haven’t thought about in the present tense in years. I know a few people personally who spent time there, some with horror stories, some more fortunate. But it’s all in the past. The war is over.

At least that’s what you’d think. That’s what I thought. I vaguely remember hearing that we pulled our troops out of the fight. I haven’t seen anything about Afghanistan on the news in years. Though honestly I don’t watch the news anymore.

No matter which side you’re on, it’s hard not to be insulted by the thinly veiled bias of both sides of the main stream media. The war no longer serves the narrative of either, and it’s not fun to talk about. So it doesn’t get talked about.

I don’t see Afghanistan mentioned on social media. My feed is primarily a feel good highlight reel of my friends’ lives, fishing pictures and pics of their kids.

But Kyle is still headed to a war zone, strapped into a plane headed to a war torn country to risk his life attempting to save others. And when he steps foot off that plane, it’ll be approximately 259,200 minutes before he’s able to step back on a plane pointed in a better direction.

I want you to sit perfectly still for 60 seconds. Stop reading this and don’t do anything for 1 whole minute.

I have a camping trip planned with my dad in a couple weeks. It will be 6 months before Kyle sees his dad again, if everything goes right.

You ever notice how kids seem to grow up right before your eyes? They change so fast. Kyle has a 10-year-old boy and an 8-year-old girl. They’ll both be half a year older before he can hold them again.

When 9/11 happened, we collectively made a promise that we would never forget. Now many of us, myself included, don’t even realize we’re still over there. That’s shameful. I’m ashamed.

For the next 6 months, Kyle will survive on will power and memories. Fishing is his therapy. Therapy he will be without for a while. Unfortunately Kyle will see things in the next few months that he won’t be able to un-see.

Carnage that we think we’ve grown numb to thanks to video games and movies, but I’m sure becomes all too real when someone’s life is literally in your hands. The gunfire, IED blasts and panicked screams of wounded soldiers and injured civilians will be deafening. But his training must prevail. Kyle is a soldier. He has a job to do. He has to preserve life.

And in the meantime survive on memories. 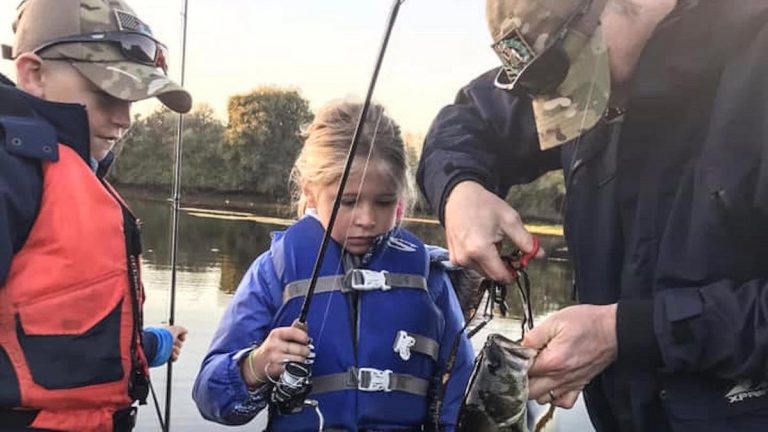 Beetle Spins and black water. A 7-year-old boy stands knee deep in a south Georgia backwater. The mud between his toes, humidity in the air and cool water on his skin.

“Dad raised my brother and I on ultralight fishing. He was an Army officer and when we weren’t stationed overseas in Germany, we were usually stationed somewhere in the Southeast. My earliest memories are on little small backwaters and rivers fishing.” 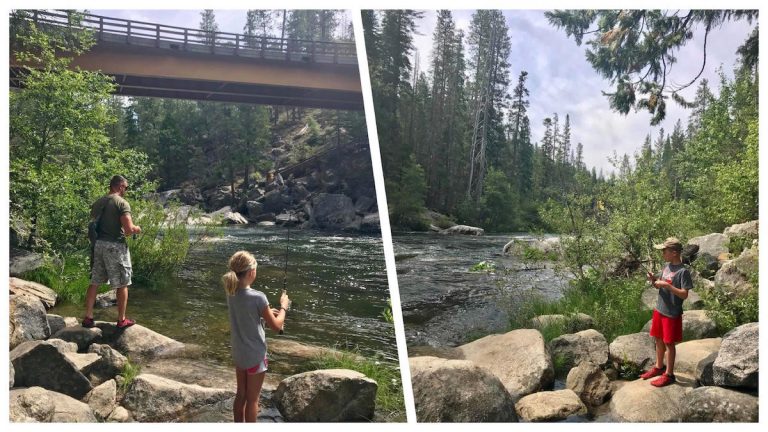 The boat rocks gently on the waters of Lake Sinclair. The soft glow of a fluorescent bulb pours onto the water’s surface below. Baitfish circle in the light, eagerly anticipating the unfortunate circumstances of a passing insect above, ignorant to the dangers that lurk beneath.

A 9-year-old Kyle sits patiently in the boat with his dad. Watching, waiting, learning. Having the time of his life and doesn’t even realize it. 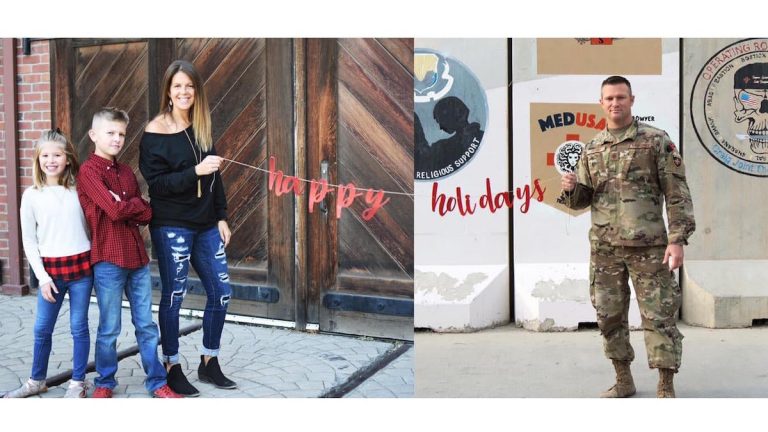 13-year-old Kyle now resides in San Antonio, Texas. The Guadalupe River, Medina River and Canyon Lake, some of his current hotspots to go and wet a line. Teenage years can be tough, but fishing kept him grounded. 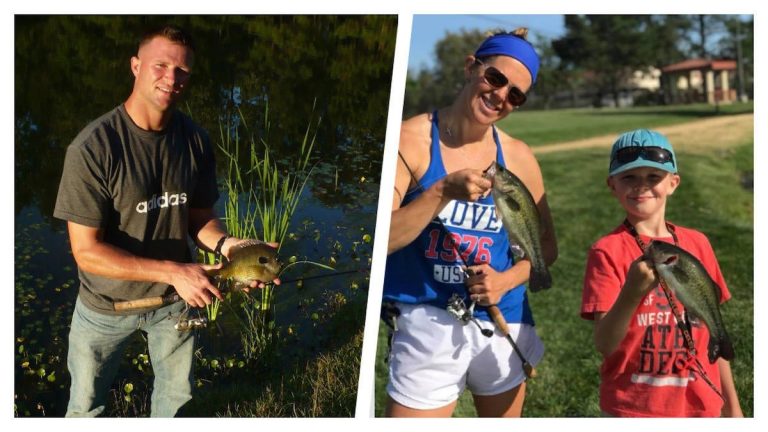 Kyle is on the Withlacoochee River in South Georgia, adrenaline coursing through him faster that the waters passing by. Misty is there, Kyle’s future wife. The question is popped, the answer delivered. Kyle took her fishing and caught what he was after.

“If you’re going to get someone hooked on fishing, you’ve got to put them on fish. So that’s how I started taking her, ultralight fishing on small black water rivers where you can catch hundreds of bass and
bream.

“She fell in love with it. She was catching fish every cast. And she’s pretty good at it too. It’s not easy to start out with an ultralight, 4-pound test and a tiny jig. A lot of people won’t mess with that even after a whole lifetime of fishing.”

Beech Creek near Clifton, Tennessee. Kyle has been fishing these same waters near his grandparents’ home for 35 years. When he was five, he fished there. When his kids were five, they fished there.

“We lived in Maryland for a while and fished the Susquehanna a lot. Had lots of 100-smallmouth days.”

A two-year stint near the California Delta was both challenging and rewarding as Kyle learned the tides and sought out the elusive giants that live there.

“I have an addiction to every species now. Being in the military you go everywhere, so it’s like fishing ADD. You never get really good at one specific species like bass fishing. And that’s why I’ll probably retire on the Mississippi coastline, because of the vast number of predatory species there. It will allow me to chase everything like I did as a kid.”

Now his kids are chasing the descendants of some of the same fish he chased. Feeling the mud between their toes, the cool water on their skin and the breeze on their faces.

“While I’m gone, my dad will take them fishing in Macintosh County on the South New Port River where I fished as a kid. And my wife will take them to the little pond on base.”

In a way, fishing allows Kyle to be there for his kids while he’s physically away for 6 months. The stories his dad will tell his kids about him fishing the same waters at their age. The lessons Kyle has taught his kids will play in their minds as they pursue their catch. Their mutual love of fishing will help bridge the 7,481-mile gap between south Georgia and Afghanistan.

“Fishing is important for my family. A lot of my first dates with my wife were going fishing. As my little boy and little girl got bigger, I started taking them. We do a lot family trips now. All four of us will go and we spend a lot of family time on the water.”

“That helps being in the military, being able to spend that much time together on the water and leave them with a shared passion when I’m deployed.”

Other than memories, there’s not much fishing related to cling to in Afghanistan. Though the angler in us all will still seek the water out, even if only in a fantasy.

“There’s actually a river that comes out of the mountains really close to our base. But Afghanistan is the wild west. It’s just super dangerous. There are tall walls and lots of security between us and that water and we just can’t go outside unless it’s for a mission. So we’ll never see it.” 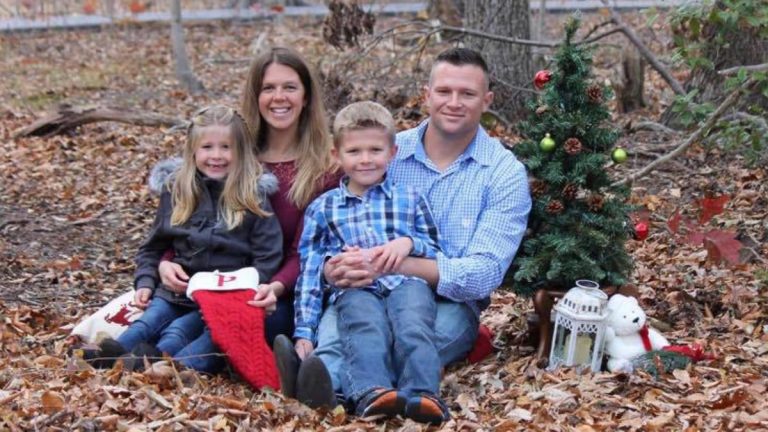 This article has sat unfinished on my computer for nearly 3 months. I didn’t know how to finish it. But it needs to be read.

So now is as good of a time as any. As I prepare to head over to my aunt and uncle’s house for our extended family’s Christmas party. And Major Perry and his fellow soldiers likely prepare for another mission.

He’s not quite halfway through this deployment. Still 104 days before he returns home. Some 149,760 minutes remaining. The soldier fights on, surviving on memories of fishing and family.

The holidays are a warm and fuzzy time for a lot of us. But they can be excruciating for others. The deployed soldier and his or her family are certainly on that list. Keep them in your thoughts and prayers when you’re kissing your kids goodnight and sneaking off to help Santa finish his work.

Know that Kyle’s kids are getting half the kisses they deserve, Misty is holding down the fort alone and Kyle is trying to distract himself from all that by focusing on the task at hand, because it’s a matter of life and death.

And be thankful for those sacrifices.