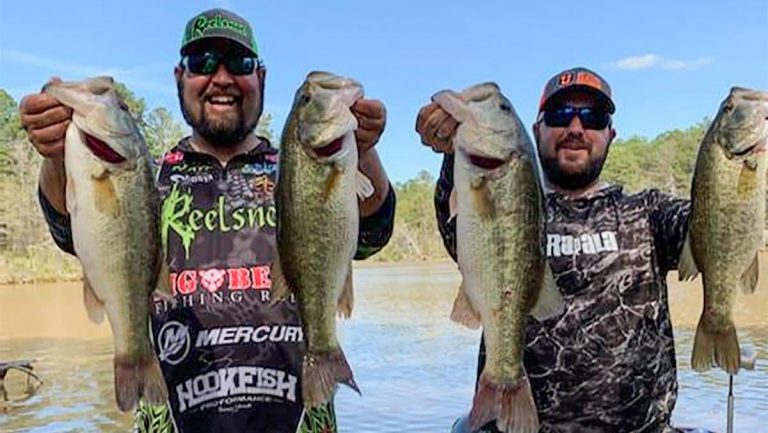 We fishermen are an interesting bunch sometimes. Gone are the days of chatting at the boat ramps after tournaments and talking about how you did or didn’t catch ’em. For the past few years, the post-tournament scene feels like more of a secret society meeting than anything else. People are cutting lures off before they dock, shoving rods in rod lockers, turning graphs off so people won’t see their GPS trails and throwing life jackets on top of piles of spent soft plastics.

With everything so competitive and secretive these days, it’s becoming really tough for people to find a fishing partner—especially for tournaments. I honestly see both sides of the coin. One guy just wants to fish a fun derby with somebody, but the other guy doesn’t want to show him his best stuff. I totally understand.

When you meet a fellow angler and the two of you start fishing together, it’s almost like going on your first few dates in high school. It can be awkward. You don’t know how the other person goes about things. You don’t know what their system is. You don’t know if you can trust them. Essentially, you’re both just feeling each other out. I’ve been through it before and it’s just weird.

But I digress. I think there are some things you can do to figure out fairly quickly whether or not it’s going to work out between you and a potential fishing partner. Hear me out on this and let me know your thoughts on our Facebook page.

Are they keeping their bait wet? 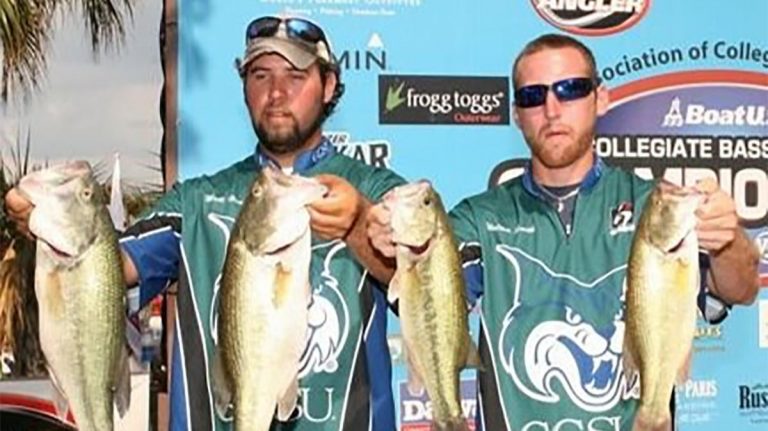 Personally speaking, I’m big on keeping my bait in the water. I rarely sit down to monkey around with tackle. Sometimes that’s to my own detriment; I completely accept that. But I’ve had some guys in my boat who, I swear, spend more time retying baits than they do fishing. If you’re just fun fishing, that’s not a big deal. But during a tournament, that dude is hurting your productivity and decreasing the team’s chances of catching a fish.

Tournaments are all about efficiency and productivity. If your partner has five different baits laid out and fishing line all over the place, fiddling with knots and what not, you can’t run to your next spot when it’s time to pull up the trolling motor and make a move. You have to wait for them to get rigged and cleaned up before you move. If that happens several times during a tournament, you could have wasted 15 minutes fishing unproductive water because you couldn’t move quickly. You can catch a pile of bass in 15 minutes.

Now, I understand not everyone has the same fishing style. But a lot of the year, I’m burning down the bank trying to cover as much water as I can. I probably fish too fast at times. But when I pull up that trolling motor, I want to have my big engine cranked in about five seconds. I can’t do that with 187 bags of plastics and 11 Plano boxes all in the floor of my boat. 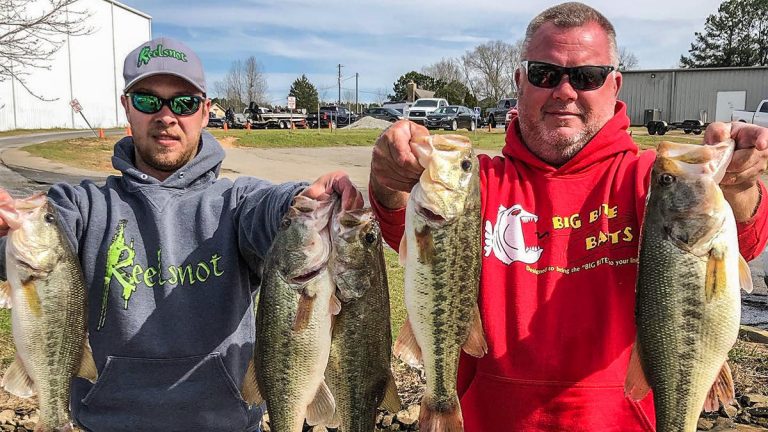 This is a good way to avoid getting burned in a tournament fishing “relationship”, if you will. Of course, we’re all going to talk fishing while we’re in the boat with someone. That’s what makes this such a strong brotherhood for all of us. But if you’re the type of tournament angler who prefers to keep things quiet in regards to spots, baits and techniques, pay close attention when they talk.

Sharing information with each other is great. I mean, you’re going to be on the same team so I would hope you can gain enough trust with each other to combine your knowledge. But if your partner is constantly telling you how his other buddies have been catching them and where they’ve been catching them, that’s a major red flag in my opinion. If he’s telling you how and where they’re catching them, you can bet your last dollar that he’s also telling his buddies how and where you’re catching them. I’m not saying that the guy is being vindictive or purposely ugly whatsoever. Some guys just like to gab. To each their own.

Again, that might not bother you a bit. If it doesn’t, I think that’s awesome. But if you want to keep your juice the least bit secretive, this is just something for you to think about. 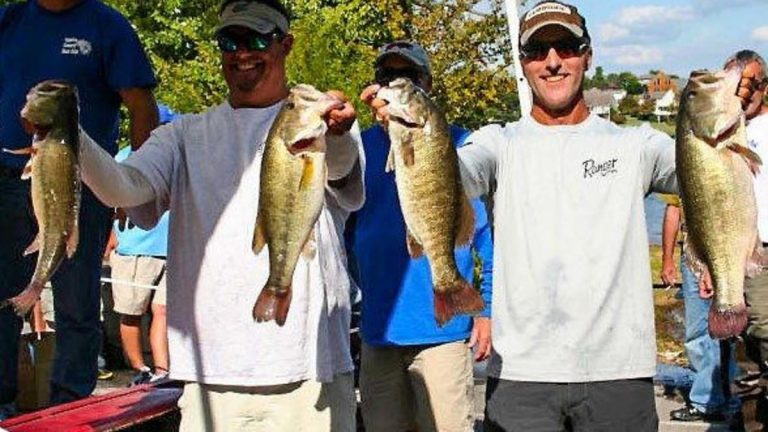 I have a buddy who fished a tournament a few weekends ago. He partnered up with someone who isn’t his usual partner, but it was a small pot tournament so he wasn’t worried about it. As the dude was getting into my buddy’s boat, he kicked the navigational bow light so hard that it broke the entire plug assembly. It was an total accident and there were absolutely no hard feelings. Stuff like that happens all the time.

But here’s the catch-the guy didn’t even offer to pay for the part. It was $99 which isn’t an enormous deal, but it’s a matter of principle. If you break it, you buy it. Or at least offer to buy it.

Finances can really mess up the synergy of a tournament partnership. It’s all about respect. If someone isn’t splitting, or at least offering to split, expenses such as gas and oil when you start fishing together, that’s a red flag. I never accept any offers for gas money, but guess what? I sure appreciate it when someone has the courtesy to offer. I remember things like that.

If you’re just starting to feel each other out, this is certainly something to keep in mind. Small issues turn into big issues quickly, especially when you guys catch a giant bag and have to split a big check. Just make sure you’re teaming up with someone who’s going to keep things fair. 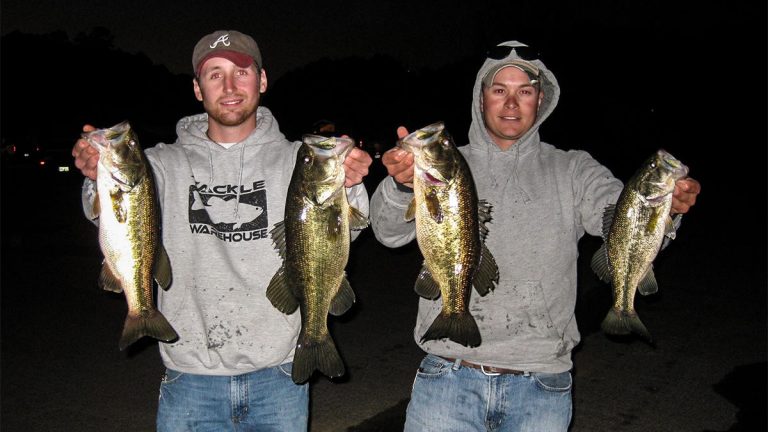 Just like any partnership or friendship in life, you and your prospective tournament partner need to be able to jive together. If you like to keep quiet while fishing tournaments, you probably shouldn’t choose someone who runs their mouth all day long. If you like to keep things light and just enjoy the day, you probably shouldn’t choose someone who gets annoyed by chatter.

When I think about the really successful tournament teams in my particular region of the country, I immediately notice how similar their personalities are. It’s tough to fish a full day with someone who has a totally different personality than you; especially in a stressful tournament.

These are just some of the things I’ve realized over the last decade or so. I’ve seen a lot of tournament teams broken up over these kinds of things, so I think it’s important to at least know what to look for when you start considering a new tournament partner. It can be weird and awkward at times, but just remember: A good tournament partner you can undoubtedly trust is totally worth the wait.