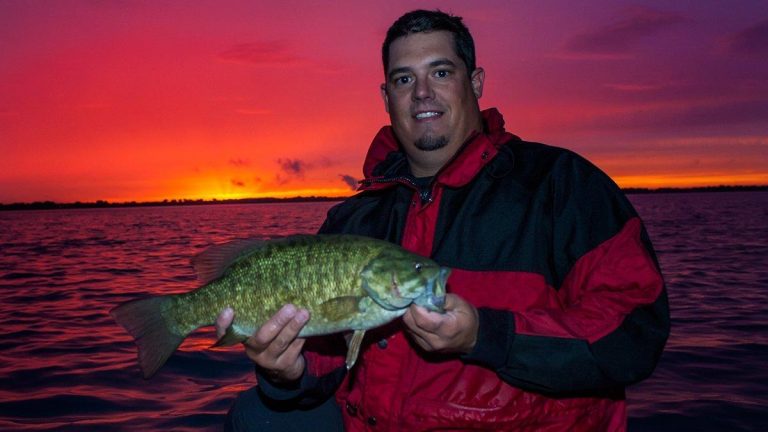 I take a philosophical approach to most things in my life. And fishing constitutes a major portion of my life. So every year I spend some time in deep thought (deep for me I reckon) contemplating decisions I made on the water, what transpired in a fishing year and what new things I learned in fishing. Several years ago I made a discovery about fishing windows that has helped my fishing immensely, and I think the exercise will help your fishing as well.

What are fishing windows

When I talk about fishing windows I should probably preface that a bit to begin. While we could go into great detail about weather influences on windows of opportunity for bass fishing, we’ll save that for another article. What I think anglers need help focusing on is the lure choice surrounding windows of seasonal bass behavior.

Essentially what I’m talking about are folks understanding when and what lures to throw in certain circumstances. We made a lure selector based on water temperatures for bass but even that is a little too generalized. What I’m getting at is being able to catch bass consistently all year long even though their habits change from season to season.

Every lake has patterns that consistently happen every year, around the same time every year, because, much like us, fish are creatures of habit. Ironically enough, I find anglers are less students of bass habits as they are fishing tackle. In other words they are quick to latch onto a favorite lure, rather than a favorite bass behavior. I’m as guilty as the rest.

So that got me to thinking on how have I improved my fishing on a lake I’ve now been able to fish for about 7 years. I realized that I’m a student of fishing windows where a pattern becomes more prevalent as another pattern becomes less of a factor.

How to find fishing windows

Here are 6 tips that will improve your bass fishing by understanding the windows around where you fish:

Jotting down some notes will not only help you understand the fishing windows on your lake, it will make you a more consistent angler from year to year. It will also help you learn to pattern water better because you’ll see how certain baits in certain conditions did or did not work.

You can’t know if a certain lure works at a certain time if you haven’t tried it before. Probably the single most critical part to fishing is being around fish. And then once you are around them, choosing the best lure to test their temper. Putting the area together with the best lure to catch them is developing a pattern. Patterns are the keys to the windows in bass fishing.

I’ve spent a lot of time learning where the bass are during a given season, even within the same season how they change, on the lake I fish the most. When you’re able to do this you can predict when the fish will be in certain places and when certain lures catch them the best either because of where they are or what they are eating.

The simplest way to pattern fish is to fish a lot of water with multiple baits that make sense for the season and location. As you start to catch bass, see if there are other ways to catch them in the same areas that are maybe a little more effective.

It’s generally easier to stick with seasonal trends like looking deep for winter fish or looking shallow for spring and fall fish and work out from there. The warmer the water, the faster and more you can move baits, while the colder the water, the slower and less you want to move them.

Once you figure out a solid pattern at a specified time of year, take good notes on it.

Test more when fish are biting

I’ve fished with a lot of anglers who are constantly tying on new baits. While I will try several different lures in an area before moving on, because of the windows I’ve figured out on a lake, I know when certain lures are going to produce and others aren’t. But when I really make an exception is when fishing is good.

When I’m catching a lot of fish, I like to experiment. If you’re not on the fish or the fishing is very tough because of environmental factors, it’s usually better to bare down with one lure and technique and work through a lot of water. But when you start catching a lot of fish, it’s a good idea to see if there are more efficient or better ways to catch fish in the area with other lures or other techniques.

For me, learning that I can catch them on 5 baits in a certain window is always better than only having one option. 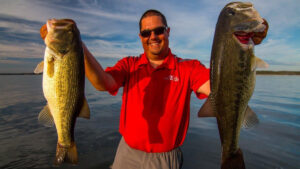 Hit your proven stuff as well as unknown areas

I make a commitment to myself on every outing to hit several proven areas in the window I’m fishing. But I also want to find at least one new good area, spot, interesting cover, or something that I feel will be a bass producer either in the current window or a future window.

If it’s ledge season on Kentucky Lake, I try to hit a few proven ledges but I also spend a lot of time looking for new stuff off the beaten path. If it’s shallow flipping window, I’ll look for new creeks, pockets, maybe an isolated laydown or bush and give the area a test.

If you do this for just a few years, you’ll be surprised how quickly you build a complete matrix of windows and proven patterns and areas that you can keep coming back to year after year.

Bait can be the biggest clue

The key ingredient for most good areas and patterns from year to year is the presence of food. So I’ve gotten to where I spend as much time learning about baitfish, crawfish and other things the bass might eat in given windows.

While weather has a big influence on whether a bass will be in the same areas at the same times from year to year. The presence of bait probably has a bigger impact. I’ve often argued that weather patterns don’t change the fish we’re after; they change the bait.

Wind might push the bait into a shallow feeding area and the bass move in to trap and eat. The influx of mud might push the bait to cleaner water and now the areas of grass I was flipping are replaced with cleaner areas. A warm influx of rain from a runoff could bring the bait up shallow on the bank and cause the bass to follow. Sunny days could position the bait in the shade pockets and gamefish will follow.

Become a student of the weather

My dad could watch The Weather Channel all day. I’m getting that way the older I get. But that’s because when I go to the lake, I like to know what the conditions have been and are going to be and hypothesize about what impacts that will have on the typical windows during the year.

If the lake has been warming up for several days in the winter, I know the fish are going to get a little more active. The bait might move a little bit. If warm rain comes into the lake, it can change things. Water getting muddy can change windows. Wind can change the windows. So I try to track all that stuff around my fishing.

So it still might be confusing to some, so I figured I might jot down my matrix of windows. Obviously other windows might develop. And this list of windows may not work on every lake or any of the lakes you fish. That’s sort of the thing. You have to put the time in to figure out the windows of fishing on your body of water. But hopefully this example drives home the point of finding great fishing year round where you fish.

As you read through it, keep in mind I constantly pay attention to when one window is closing. It generally means the next one is opening. Sure they sometimes overlap. Sometimes they don’t materialize or maybe they go from being 4 weeks long 1 year to 1 week the following year. But I find these windows open and close nearly the same every year, and I get to where I look forward to the next window every year.