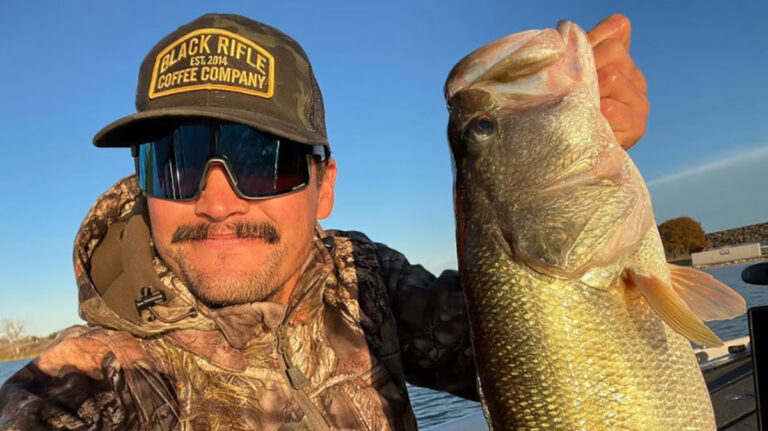 Aside from being one of the Elite Series’ top competitors with a proven track record, “The Zaldaingerous One” is also known for his acumen when it comes to equipment. “The gear stands up to all the great design elements of the Japanese products I have used in the past, but also has that extra American power,” says Zaldain.

On Zaldain’s “unconventional approach and style,” 13 Fishing Marketing Director Ben Alcocer says, “I’ve always been a big fan of Chris’ unique approach to competition fishing. I think in a lot of ways it is very similar to the character of the 13 Fishing brand. At the end of the day we are not here to just put a spin on the industry norms, we want to change the game and push the limits of the sport.”

Zaldain has made a career going against the grain and has achieved major tournament success doing so over the last 10+ seasons as a pro on both the Elites and the FLW tours. With two first place wins and well over twenty top ten finishes, he is no stranger to winning on the most competitive playing fields and will without a doubt be one of the top contenders at every stop on the 2022 Elite Series.

Chris Zaldain put the Concept Z SLD to the ultimate test at the last Redfish Cup Championship where he brought home the win alongside Capt. Ryan Rickard. “That Z is legit!” says Zaldain. “The power to turn those bull redfish and the smoothness to throw a small bait blew me away.” After getting home from the tournament and getting out on the home lake with the Omen Swimbait rods he was sold. “I can do some damage with these rods. The 13 product development guys get it. I seriously can’t wait to work with them,” said Zaldain.

“My favorite aspect of the product development process is working with the pros,” says Ricky Teschendorf, 13 Fishing’s head of rod design. “Zaldain’s unorthodox style and unbelievable skill level on the water will bring so much to the table when it comes to building the next generation of rods. I think it is a testament to the work we have already done that we were able to impress him with the current line-up. But most importantly I am really excited for what we are going to build together.”