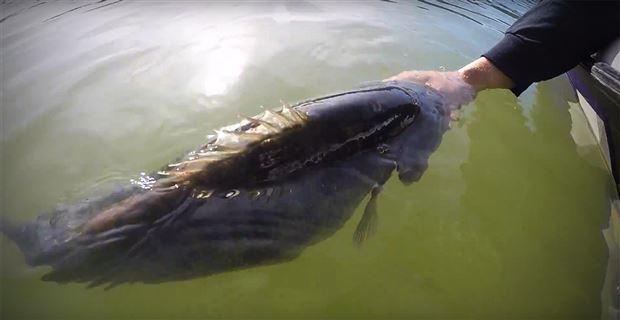 Nick Dulleck released the first video in his series of his pending world record spotted bass last night. In this video he shows the release of pending world record 11-pound, 4-ounce spot after a quick picture. Here is the original story of his catch. He weighed the fish several times on land. Had the weighing witnessed by several random strangers and has been in constant contact with the IGFA through the process. Once he was sure he had everything documented properly, he released the fish near where he caught it and she swam off healthy and alive.

You can subscribe to his Supra Nick Fishing YouTube channel to see more updates about his world record catch and other big bass catches he has and will have on the channel soon.