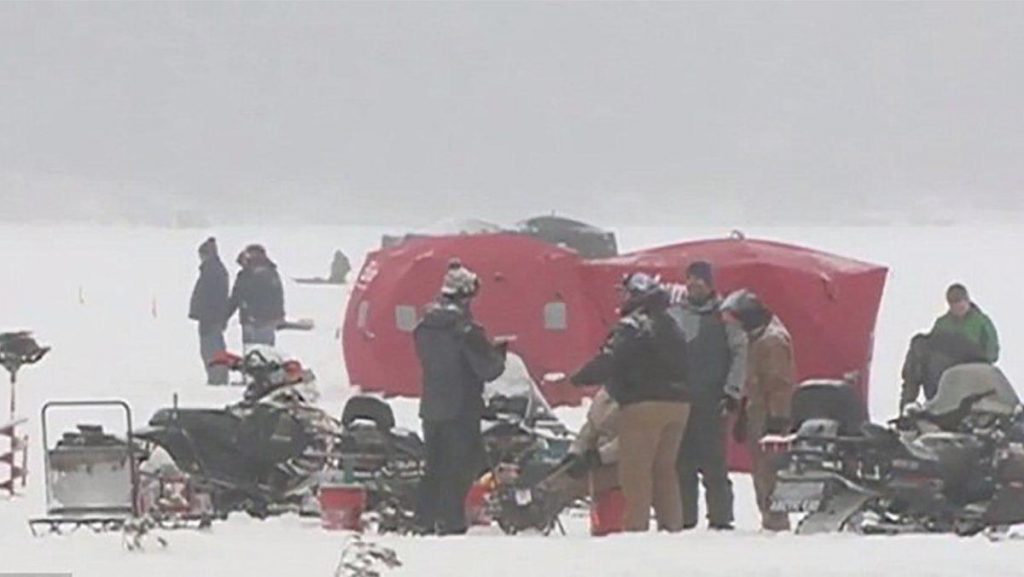 According to Keith Griffin for DailyMail.com, two anglers have died after their snowmobiles broke through the ice during an ice fishing tournament on Lake Winnipesaukee. Search crews are also looking for a missing 15-year-old boy. Thousands of people were said to be participating in this tournament.

It appears as if these accidents occurred separately in two different locations on the ice. In addition to the deaths and the missing boy, two anglers have been hospitalized.

The first incident happened when three snowmobiles plunged through the ice, roughly 300 yards from shore. One man escaped quickly and survived and another rider was pronounced dead at an area hospital after efforts to revive him proved unsuccessful. The body of the third individual in this particular accident was found hours later with sonar.

The second incident—on the same day and the same lake—occured when a father and son’s snowmobile went through the ice later in the day. The father was rescued and the 15-year-old son remains missing. The search is ongoing.

The entire Wired2Fish crew offers our heartfelt prayers for those affected by this tragedy. If and when any new details emerge, we will be sure to update this report.

Catch up on recent breaking news stories below: