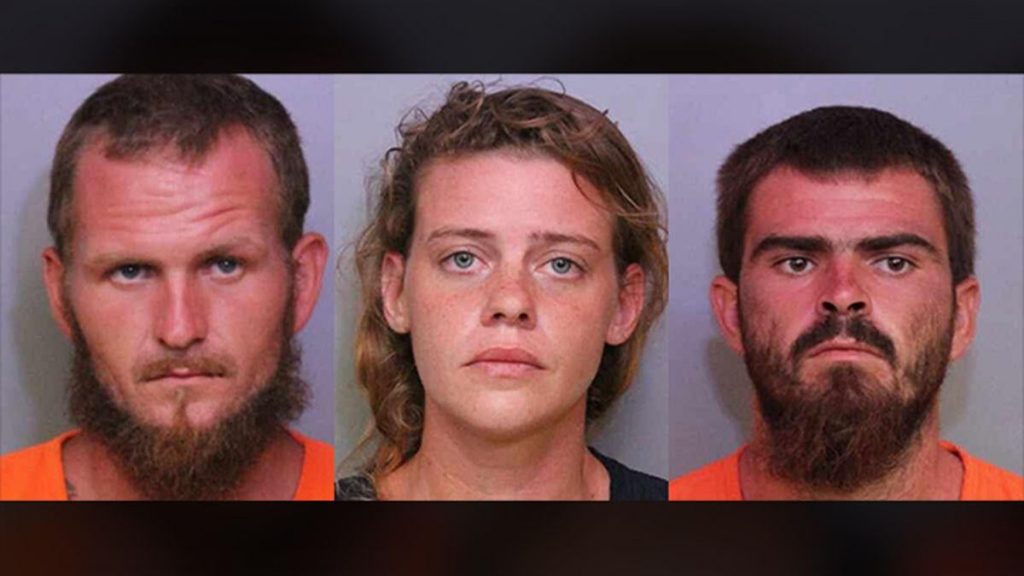 A 26-year-old man with 230 felony charges to his name has been arrested in connection with the murder of three Florida fishermen. Two others were arrested as well. On Wednesday, Sheriff Grady Judd announced the arrests of 26-year-old Tony “TJ” Wiggins, his girlfriend, 27-year-old Mary Whittemore and his brother, 21-year-old Robert Wiggins. Officials believe the murders were a result of an argument about whether one of the murder victims sold the suspect’s truck.

It’s worth noting that TJ Wiggins has spent time in jail since he was 12 years old and currently has 230 felony charges to his name. Sheriff Judd addressed his criminal history on Wednesday.

“I didn’t stutter,” Judd said. “He has 230 charges in his arrest history. 15 convictions and two times to state prison at only 26. He’s a thug, he’s a criminal. He’s pure evil in the flesh. He’s wild and he’s out of control.”

Damion Tillman, one of the murder victims, was at a nearby Dollar General just 10 minutes before the murders occurred. This was learned after authorities found a Dollar General receipt in one of the victims’ trucks. According to the Dollar General employees, Tillman told the clerk he was meeting Keven Springfield, another murder victim, to go fishing. The suspects were also in the store and overheard the conversation. TJ Wiggins had a supposed score to settle with Springfield, so he directed his brother, Robert Wiggins, to follow the anglers to the lake.

Robert stayed in the truck while TJ allegedly confronted Keven before punching him and accusing him of stealing his truck and selling the engine. Detectives say that TJ shot all three victims and asked his brother to help him load Damion Tillman’s body in the back of the truck.

Sheriff Judd claimed that hundreds of calls came in about the murders and most of them were begging investigators to look into TJ Wiggins. They didn’t know he did it, but the sheriff claimed the callers knew he was evil enough to do such a thing. Detectives served a search warrant at a piece of land in Lake Wales, Florida and the three suspects were found living in a travel trailer with no running water or electricity.

“Our goal, and we pray our state attorney can seek the death penalty,” Judd said. “He needs to seek a fair trial and then be executed. Legally, we can’t execute him the way he did those three guys just trying to fish on a Friday night.”