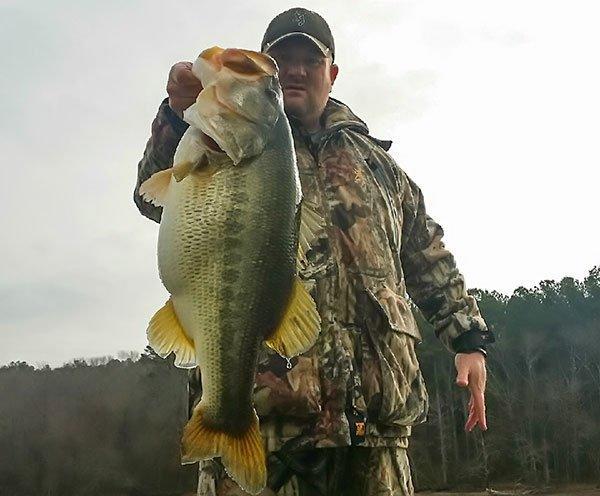 We wrote about Lance Walker’s possible Tennessee State Record bass a few years ago that he caught and released because he didn’t want to kill it just to claim the record. Well Walker thought he had another 15 pounder on last week.

While fishing on Pickwick Lake with a former Mississippi State Quarterback and NFL prospect Tyler Russell, Walker hooked another huge bass for Pickwick Lake and Tennessee. Here is his tale of the big catch.

“I had just caught a drum on a long secondary gravel bar with a small depression running through it on a Strike King 6XD crankbait a few cast before when another big fish hit,” Walker said.  “Quickly she came up, but I had made a long cast and could only tell she was big. I was guessing in the 8 -pound range.

“As the fish came to the boat, I had Tyler get the net, which was not put together and not ready. As he tried to extend the net, the fish went under the boat. Luckily I had not clue how big she was. I look back at Tyler and he had pulled the head of the net off, so I played her while he tried to put the net back on.

“Finally, she came up and we both saw just how giant she was and he scoops at her, banging her in the head, then she flops in the net.

“Never in a million years do you land that fish on tournament day!

“I don’t know who was more tore up, me or Tyler as he had never seen one that big. After a few minutes of excitement thanking Jesus, we made some calls and knew we could weigh her close to the ramp without hurting her, so we loaded up and went, meeting my dad, wife and host of others at the store to get her weighed.

“After weighing her at 12.85 pounds on certified scales, and getting measurements she was 3 inches shorter than the giant a few years ago and about 1.5 Inches of girth less. Clearly she is on her way to state record status, but still 2-pounds away for a Tennessee record. We promptly ran back to where she was caught, said a prayer, thanking God for His blessing and let her go.” 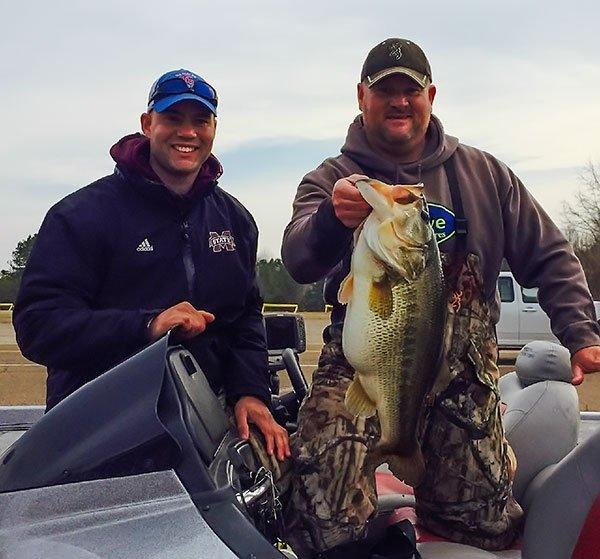