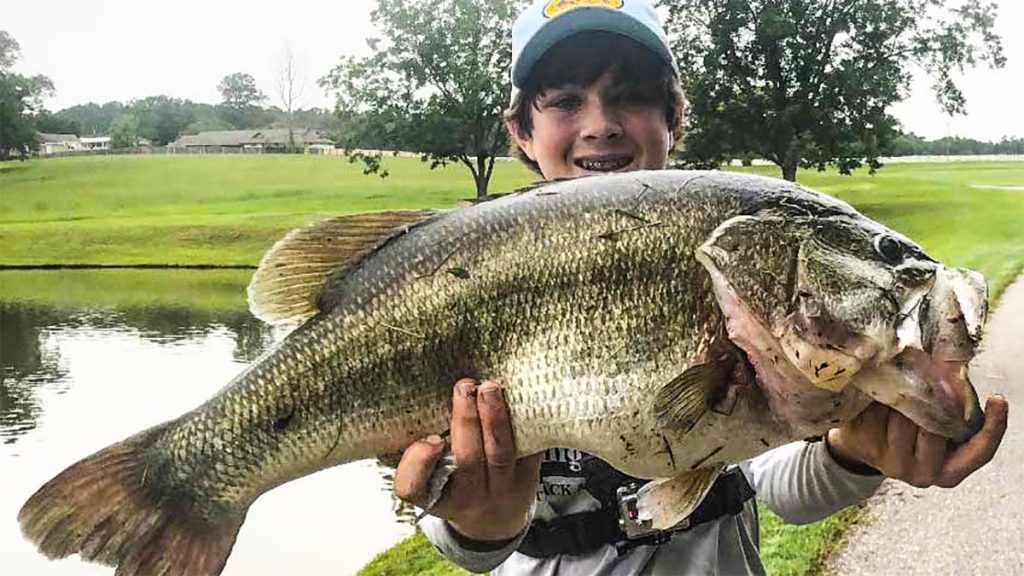 Alabama Outdoor News, it might just be the eighth-largest bass ever caught in Alabama. It weighed less than a pound and two ounces from the Alabama state record caught in 1987.

The monster bass inhaled a 6-inch Texas-rigged Yamamoto Senko. Emory thought the fish was a 10-pounder when she jumped, but had no idea it was in the teens because, quite simply, he’d never seen a bass that big.

The bass was released alive and well for someone to catch again someday.