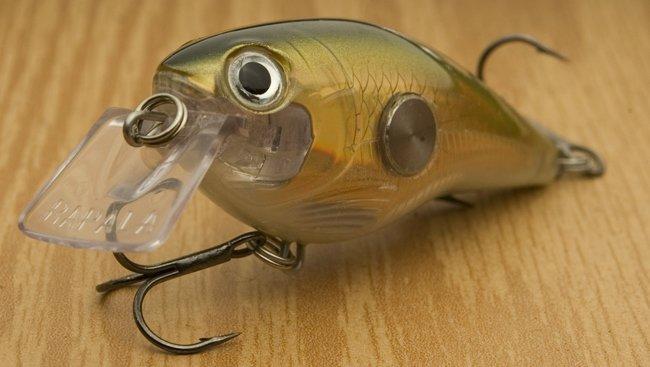 In our first part of the Square Bill Wars, we talked about several of the top square bills on the market with an emphasis on some of the newer ones. We’re happy to review another eight square bills, including several new ones that are just hitting the market.

The new Bandit Square Bill isn’t even through the first production runs, and the new Luck “E” Strike RC2 baits are the rebirth of a Rick Clunn’s originals manufactured by Lucky Craft. We’ll also take a look at some finesse square bills like the Bandit 100, Luhr Jensen Speed Trap, and Bagley Balsa B2, as well as the unique rattler the Rapala Clackin’ Crank.

Since we started testing, we’ve really seen how a variety of baits can help your fishing. Several times we’ve been able to catch more fish in an area by swapping between silent and rattling square bills and wide wobbles and tighter wobbles. Or even switching sizes from big to small and vice versa can key a few more fish to bite. And we’ve learned the hard way that even though the square bill produced one day, doesn’t mean it will the next. It’s a situational bait like many other crankbaits.

We really haven’t found one we didn’t like, but there are a few that we think offer a lot of versatility. Without further ado, here’s what we found individually.

Bandit 100s have been around for a while, but many overlook them because they have a more finesse profile than standard square bills. The baits dive 2-5 feet and are fairly small in profile, something that can be an advantage when the bite is tough and the water is clear. They come in a pile of productive colors. We tested the Spring Craw color but also like Mistake, Silver Minnow Sparkle and Chartreuse Rootbeer. The bait has a tight wiggle, and a low pitch knocker rattle. It casts well even for a 1/4-ounce bait because of its streamline profile. A good finesse target option at $4.79.

This bait has several features we like for muddy or dingy water. The first of which is the easily recognized signature clankin rattle. It’s an extremely unique rattle sound that emits well in the water. It makes it a great option for high wind, muddy water and expansive areas where you may want to draw attention from bass at a distance. The bait comes in 2-inch and 3-inch options that both cast extremely well and dive 3-foot and 4-foot respectively and feature a moderately wide wobble.

The other feature that we like is the flashy finishes. The reflective surfaces incased in hard plastic give the bait a good flash making it another good draw in muddy conditions. The price is $10.99 for these baits, but they are extremely durable baits with good hooks and good components.

These are very affordable options similar to the Lucky Craft RC crankbaits. We normally don’t review baits made by retailers, but the Xpress CRS crankbaits have produced very well for us over the last couple of years, so we figured we would include these. The baits retail for under $5 at Academy Sports. They come in several sizes and colors and have moderately wide wobbles. They come with good hooks and good color schemes. They do have a low-pitch rattle that makes them a good option for dingy water.

This bait has been in the works for almost 2 years now and is finally in production. The baits should start shipping soon, but we got our hands on a few baits from the first run.

The first thing we noticed is an extremely wide wobble that we would call an X-wobble. A lot of baits have an apparent S-motion in the water with a wide wobble. But this bait wobbles so hard on its axis it almost looks like an X in the water rather than an S. The bait is going to come in some exceptional patterns like Sun Perch. The baits are pretty big profiles and come with good hooks at $5.99. The big front lip and bladed edge give the bait it’s unique action and a dull one knocker helps it perform well in dirty water. The baits cast well because of their size. We think these will be big bass catchers.

My father was throwing Bagley’s crankbaits back in 1970s and my mother actually went to school with Jim Bagley’s boys. So we knew the family growing up. The Bagley Balsa B’s set the bar for shallow cranking. We tested a recent iteration of the bait. The bait is very buoyant and has a tight wiggle. It runs a little shallower because of its buoyancy and the different line ties altered the dive angle and wobble. Making it like two baits in one. The construction left a little to be desired compared to some of the other baits available. But our old ones are still rock solid so we never leave home without them as the old baits are proven winners.

This has been a pro secret for a long time. Not many pros talk about them, but a lot of pros carry them in their tackle boxes. The have a unique high-pitch bb rattle that has a lot of room to rattle. This is one square bill that you can crank ultra fast for reaction bites when it’s warmed and not worry about the bait blowing out and kicking over on its side because of torque on the lip or body. The bait has a moderate to mild wobble. The bait comes in a handful of colors, and we recommend replacing the hooks. It has a narrower profile than most of the other square bills. The Speed Trap retails for $4.99.

This is one new square bill that a lot of folks were anxious to hear about, us included. We tested the bait for several hours yesterday, and we’re happy to report, the bait is going to perform like the originals.

The bait has a slightly wider, more rounded nose, but other than that, the lip angle and length are identical. The clear coat is a bit thicker on the new RC2 baits and Luck “E” Strike manufacturers their own hooks. And even though we think these hooks are plenty sharp enough to get a hookset, the Lucky Craft hooks seemed a bit sharper to us.

The RC2 crankbaits have several of the best paint jobs and detailed finishes on the face and side of the baits. The lures will retail for around $6.49, which will be a welcomed price point for these very popular style of square bills. 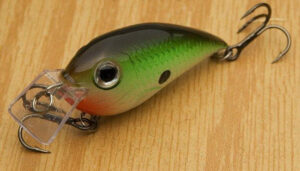 Rapala released the new Crankin’ Rap line of baits this season, and two of the sizes in the line-up are square bills that run 2-3 feet and 4-5 feet. The baits feature big eyes, loud rattles, good hooks, awesome finishes, quality components and construction. They are compact, have a tighter wiggle and good weight to be able to make long casts and cover lots of water. And best of all they are affordable with the same Rapala quality at $5.79.

We also really like the color options for these. There’s not a bad color in the bunch. The baits have good detailing and seem to hold up well to being inadvertently cast on the rocks and off of docks and logs.

That’s it for part two of the Square Bill Wars. Of all the baits we tested, we’ve already had success with the Lucky Craft RC 2.5, the IMA Square Bill, Academy H20 Xpress, Strike King KVD Square Bill, Bagley Balsa BII older versions, and the Rapala DT Fat 3. We have no doubt several of these other baits will be solid performers for us very soon.

A square bill has an ideal window just after the water warms up quite a bit and just before and around the spawn. When the water just turns 50, the bass will start biting a square bill. But between 55-65 degrees is where it really shines in the spring. Then we find another good square bill window in the late summer when bass move back shallow because of better oxygen levels in oxygen depleted fisheries in the blazing heat. And finally one last good square bill window comes in the fall when the bass start moving into the creeks to feed on shad and other bait fish before winter.

Get a good assortment of colors, sizes and shapes both with rattles and without so that you’ve got the bases covered for varying conditions.   Then throw and throw and throw. The only way to get confidence in square bills is to throw them a lot at the right times.

Which ones would you pick?