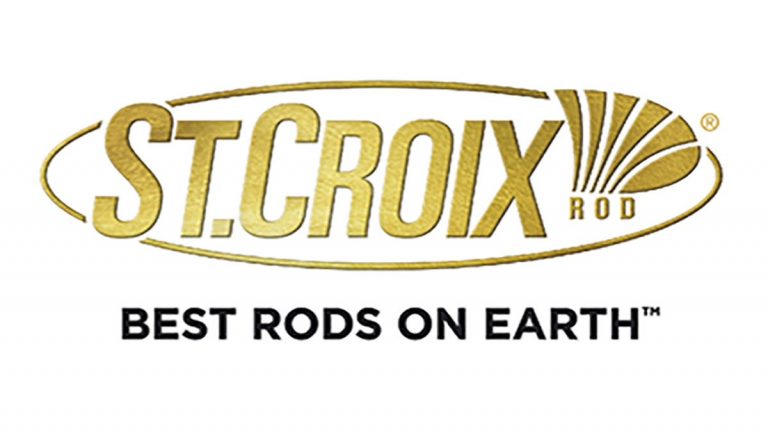 Competitive fishing’s grandest stage will be in Fort Worth, Texas, June 11-13, when the 2021 Academy Sports + Outdoors Bassmaster Classic presented by Huk comes to Lake Ray Roberts. St Croix Pros Pat Schlapper of Eleva, Wisconsin and Jordan Wiggins of Cullman, Alabama are among the 55 elite anglers competing for the biggest title and payout in competitive bass fishing. Schlapper qualified for the Classic via his performance at the 2020 TNT Fireworks B.A.S.S. Nation Championship at Pickwick Lake, while Wiggins secured the final 2021 Bassmaster Classic spot at the 2020 Bassmaster Team Championship on Florida’s Harris Chain of Lakes.

Before last year, Pat Schlapper had a rewarding and stable career with a large sporting goods retailer. Early in 2020 – at the age of 37 – he walked away from that job to pursue his dream of fishing in the Bassmaster Elite Series, a move most would describe as risky, at best. But in nearly every aspect of life, few rewards come without risk. Schlapper believed he could mitigate the risks through preparation, ability and determination.

“The biggest thing is mindset,” he says. “It’s one of my edges when it comes to preparing to win a tournament.” Preparing being the key word. “A winning mindset is more than just hitting the water and believing you can win… it begins long before that,” Schlapper adds. “I won the 2020 Bass Nation Championship on Pickwick Lake, which qualified me for the 2021 Bassmaster Classic and the Bassmaster Elite Series. That didn’t happen because I simply willed it to. Believing helps, but I planned before I executed. You’ve got to have a diverse game plan, which takes preparation. That’s what inspires confidence and the proper mindset during competition.”

Schlapper says having the right rods is important to maintaining a positive mindset and being able to execute a winning plan on the water. “I’m very impressed with the balance of St. Croix’s new Victory Series rods; it’s the first thing I noticed about them,” he says, adding that the series’ new SCIII+ blanks also contribute to Victory’s smooth, lightweight yet durable performance. “With Victory on my deck at the Classic, I don’t need to think about whether or not my rods are going to perform; I can focus all my attention on preparation and execution.”

Brothers Jesse and Jordon Wiggins are self-described team fisherman – often making their tournament livings or crankbaits and jigs – who grew up fishing with their dad, Craig Wiggins, on their home waters of North-Central Alabama’s Smith Lake. “We both have the same passion for fishing,” says Jesse, the younger sibling, MLF angler, three-time Bassmaster Classic qualifier, and three-time Bassmaster tournament winner. “I may have earned more elite-level tournament victories and successes, but I’ve always given Jordan credit for being the better angler.”

Jesse says he was deer hunting on the final day of the 2020 Bassmaster Team Championship when he knew his brother had a chance at qualifying for his first Bassmaster Classic. “I was sitting in the stand and must have checked BASStrakk 50,000 times,” he says. “I couldn’t go anywhere else anyway because I loaned Jordy my truck to drive down to the tournament. I’m definitely his biggest fan and I’ll admit I got more than a little emotional that day. There aren’t too many other people who know how good he really is.”

Jordan, a first-time Bassmaster Classic qualifier, says he won’t be intimidated by the hype and exposure of the Classic. “I definitely appreciate it for what it is,” he says, “and I know it’s possible that I might not ever have this chance, so I’m going to soak it all in for sure. But beyond that, I’m not going to play. It’s just another tournament and I’m going in planning to win. You’ve got to go into every tournament like that, with confidence; that’s just how it has to be.”

In addition to the world’s top bass anglers competing for the biggest title and payout in competitive bass fishing, the three-day event is expected to draw more than 100,000 fans and spectators – fishing and outdoors enthusiasts traveling to Fort Worth from across the country to cheer on their favorite anglers, participate in the festivities, and attend the Bassmaster Classic Outdoors Expo. The 2021 Bassmaster Classic Outdoors Expo, held at the Will Rogers Memorial Center in Fort Worth, has grown into one of the largest consumer fishing shows in the country, featuring over 200 exhibitors from around the world on-site and catering to the varied passions of attending outdoors fanatics.

St. Croix Rod invites all anglers attending this year’s Bassmaster Classic to come by the company’s two booths at the Expo.

In addition to the full line of new Victory Series rods, the main St. Croix booth (#1109 in the Texas Room) will give anglers an advanced sneak peek at the all-new BassX Series rods announced earlier this week. “We’ve taken our popular BassX Series and completely redesigned it for 2022 with a new material that’s stronger and lighter, new components and handle designs, and an all-new aesthetic,” says St. Croix Product Manager, Ryan Teach. “We’ve also expanded the BassX line to 16 models with two exciting new extra-heavy and extra-extra-heavy swimbait models.” The main St. Croix booth will also feature a variety of fun giveaways, St. Croix apparel, special appearances, and will be staffed by knowledgeable St. Croix Team Members and Pro Staff.

The smaller St. Croix booth (#1215, across the aisle in the Texas Room) will give anglers the ability to purchase St. Croix Victory Series rods and a variety of St. Croix Triumph Series combos.

“We’re looking forward to getting down to Ft. Worth later this week and engaging with anglers for three days amidst all the excitement,” says St. Croix National Sales Manager, Dan Johnston. “Anglers have more choices than ever when it comes to fishing rods, so it’s a great opportunity for us to talk with them about all the unique things that make St. Croix special and, ultimately, show them how our handcrafted rods can help elevate their angling experiences.”

St. Croix Rod extends its best wishes and full support to pros Pat Schlapper and Jordon Wiggins in this year’s exciting Bassmaster Classic. “I think a lot of us are pleased that the event ended up being pushed back to this timeframe,” says St. Croix Vice President of Marketing, Jesse Simpkins, “because it’s going to give all the competitors and all these attending fans a far better – more regular – Classic experience. We couldn’t be prouder of Pat and Jordy for making the field, or more grateful to all our anglers for giving us the continued opportunity to make the Best Rods on Earth ®. It’s what our brand and family has done for nearly 75 years now, and thanks to every angler, we won’t be slowing down any time soon.”