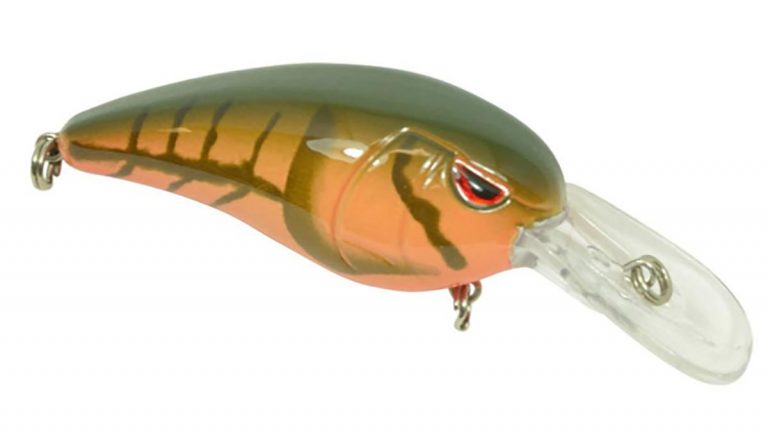 “The RK Crawler 55 is my every day, go-to crankbait when bass are headed back shallow in the fall,” said McClelland. “Wherever you’re at, bass are going to head to the depths during the heat of the summer and as waters cool, they begin to head back shallow. The profile of the RK Crawler 55 allows you to work the 9- to 14-foot depths where bass stage before scooting back into the really skinny water to chase bait. In the past, I had to work those depths with jigs, hard heads and Carolina-rigs. Now, because of the deep-diving lip on the RK Crawler 55, it gets to depth quickly and maintains a flat dive curve so I can target those fish with a crank.” Add that to the fact that the RK Crawler 55 is one of the most aerodynamic and castable lures in the category and you have a winning combination.

After using the RK Crawler 55, McClelland’s friends and fellow pros were clamoring for a similar bait that they could use in shallower water and a lure with a smaller profile. Enter the RK Crawler 50 and RK Crawler MD 55.

“The RK Crawler 50 has a tighter wobble and a smaller profile,” said McClelland. “It’s basically a down-sized version of the RK Crawler 55 at about 2-3/4 inches. It excels in clear water, on pressured fish and when bass are keying on smaller baits during the spawn or when the bass are targeting shad and bream.” The lure works best in 4 to 8 feet of water.

The MD in RK Crawler MD 55 means medium depth. “The RK Crawler MD 55 is meant to be fish in 4 to 8 feet or water, but you can fish it as shallow as 1 or 2 feet and as deep as 10 feet and catch fish,” said McClelland. “It has a similar wobble to the 55, but it runs at a more distinct angle with the tail up because of the angle of the bill.”

McClelland said that anglers who target smallmouths in northern waters are going to love the new colors of RK Crawlers. “Smallmouths up north feed on a lot of bluegills and perch,” said McClelland. “The Clear Gill and Real Perch are going to be killers on smallies there. Of course, there are times when it pays to throw something a little different, too. Smallmouth are definitely sight feeders so one of the new craw colors, like Electric Red Craw or Burnt Orange Craw, might be just what you need for a bass to sit up and take notice in super clear water.”

“The new colors are going to allow you to fish these lures throughout the season regardless of water color,” said McClelland.