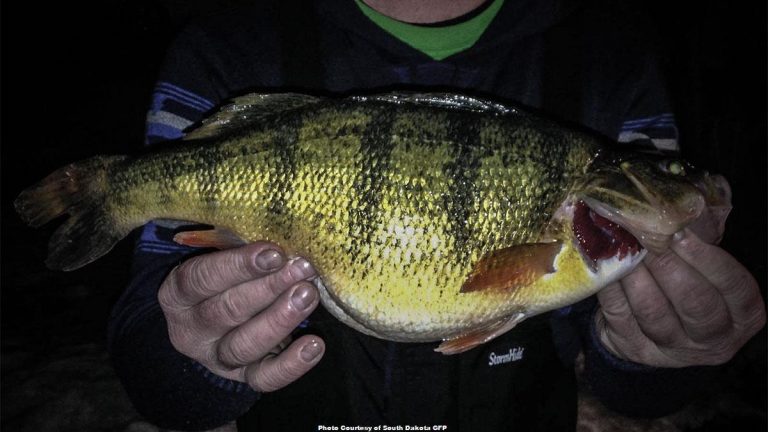 According to South Dakota Game, Fish and Parks’ (GFP) Facebook page, Chase Jensen has caught the new certified state record yellow perch. It weighed in at 2 pounds, 13 ounces and was caught on Saturday, March 7 on Bitter Lake. In order to be considered an official record, the fish was identified by a fisheries biologist and weighed on a certified scale. It beat the previous state record by one ounce.

A fish under 3 pounds may not sound like a big deal to some of you. But remember, yellow perch average well under a pound. For a perch angler, Jensen’s catch is equivalent to a bass angler catching a 10-pounder! Congratulations on an excellent catch, Chase!