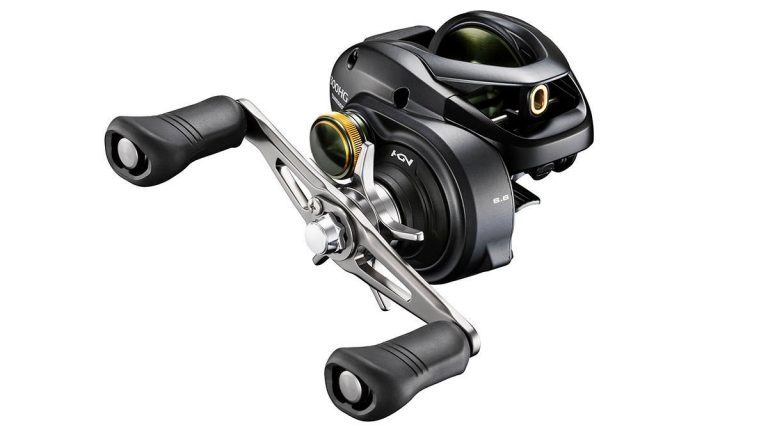 Shimano continues to develop baitcasting reels within its Curado series for technique-specific uses by using introducing the newly designed and new feature-rich Curado 300 reels for when the time calls to throw big lures. The four new Curado 300 reels being offered have the power and needed line capacity along with Shimano’s rigid HAGANE Body to fish swimbaits, big crankbaits, and
umbrella rigs with ease.

Two models offered – each in both right- and left-hand retrieve – include the Curado 300 and 301 with powerful 4.7:1 gear ratios specific for anglers fishing slower presentation lures or with Alabama rigs and magnum-size crankbaits. The higher-speed 6.6:1 gear ratio featured on the Curado 300HG and 301HG enables anglers to aggressively work lures that are more effective with a faster retrieve, along with quickly picking up slack when enticing big bass on topwater baits.

All of the Curado 300 series reels incorporate a large capacity deep spool for use with heavy-pound line and offer the ability for extra-long casts. The entire line-up features a long handle with wide-grip knobs to provide anglers with the extra power needed when battling big bass.

“With their compact low-profile design and lightweight aluminum frame HAGANE Body that offers a solid feel during the fight, anglers will also notice the advantage of all-day fishability advantage from Shimano’s X-Ship technology that keeps the pinion gear in precise alignment with the drive gear,” said Adam Diehl with Shimano’s product development team.

For more information on the new Curado 300 series, check out this video at https://bit.ly/3pdJfl9, and visit the Shimano web site at http://fish.shimano.com where you can also buy them locally from your nearest dealer.