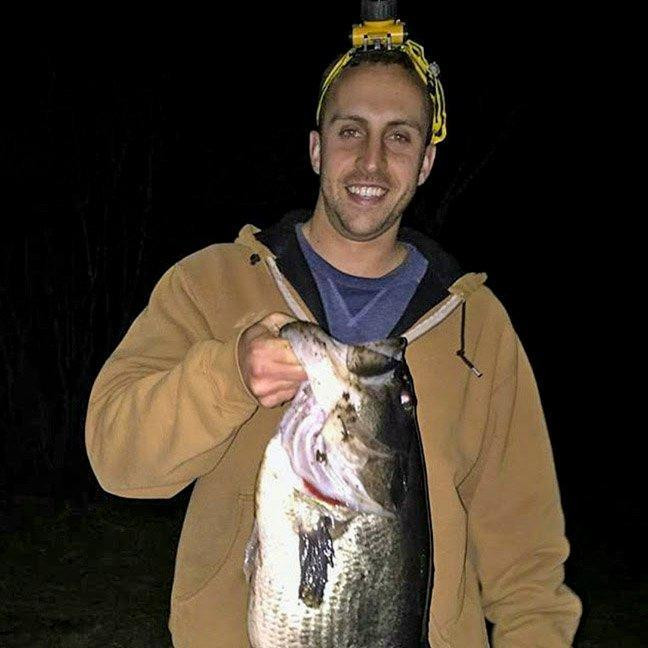 Connecticut angler Brandon Migliore has been eat up with fishing for most of his life, and now, he might have fulfilled a life-long dream of holding a state-record title with his huge 11-pound, 3.2-ounce largemouth bass he caught on Johnson’s Pond in Rhode Island April 30, 2016. The bass was caught after dark while fishing with his longtime fishing buddy Mathew Sheldon. Sheldon in fact had just landed a bass weighing more than 8 pounds when Migliore hooked his record bass on an Arbogast Magnum Jitterbug topwater lure fished near the bank. The Jitterbug is a staple among nighttime bass lures and now a likely state-record producing lure as well.

Migliore was fishing the topwater lure on a 16-year-old St. Croix Premier Spinning rod and 30-pound braid. Migliore and Sheldon have been pursuing the state-record bass in Rhode Island and Connecticut for several years before finally landing what should be certified as the new RI state record.

The bass was officially weighed at 11.2 pounds at Sandy Bottom Bait & Tackle on Sunday May 1, 2016. The largemouth bass measured 23 1/2 inches in length. Pending certification by the Rhode Island Department of Environmental Management, the fish should best the previous record of 10.6 pounds set in 1991.

â€œI knew it was a big fish the moment I set the hook,â€ Migliore stated. â€œIt took about two minutes to reel it in. Matt grabbed her the moment she touched the bank.â€

Congratulations to Migliore and Sheldon for their persistence and hopefully new state record title.

This is the second story in the past month of anglers setting out to break records and accomplishing it this season. South Dakota’s smallmouth bass record was recently broken in similar fashion. Click here to see that story and very cool video of the record breaking catch. 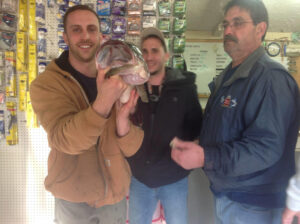 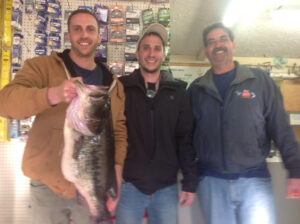 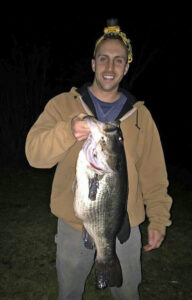