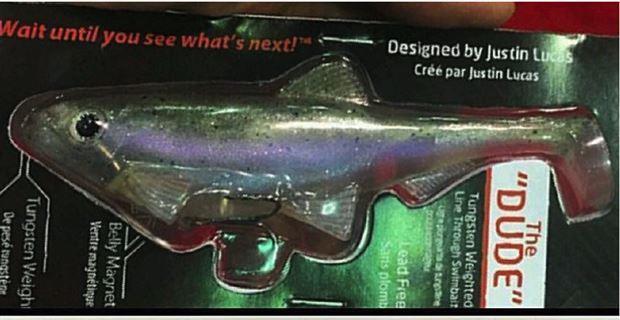 Jerry Rago has filed a complaint against Anglers Select LLC dba EcoPRO Tungsten and pro Justin Lucas in the United States District Court for the Northern District of California.

The complaint alleges EcoPRO, which introduced a swimbait called “The Dude” with a design identical to a Rago Baits BV3D swimbait design at the ICAST 2016 trade show, copied the design from Rago in violation of Rago’s patent rights. The complaint also alleges EcoPRO hired fishing pro Justin Lucas who falsely claimed to be the creator of the design to assist in marketing and selling the copied Rago design.

According to court documents filed in the North District Circuit Court of California (docket no: 5:17-cv-02456), the complaint alleges that when confronted about the design infringements at the 2016 ICAST show, EcoPRO principals contacted Rago and his counsel and offered to buy the BV3D design from Rago. After months of negotiating and failing to come to an agreement, EcoPRO ceased all communication with Rago. The docket asserts EcoPRO continues to sell and market the bait as evidenced in their 2017 catalog, forcing Rago to file the patent lawsuit.

The complaint claims that EcoPRO has violated Rago’s patents No. D652,478 and No. D640,820 with their designs and have unlawfully sold and are continuing to sell products infringing on these patents. They are seeking damages from the sales of conflicting products as well as royalties, costs, expenses and accounting of infringements as well as an injuction barring them from continuing to sell said products.