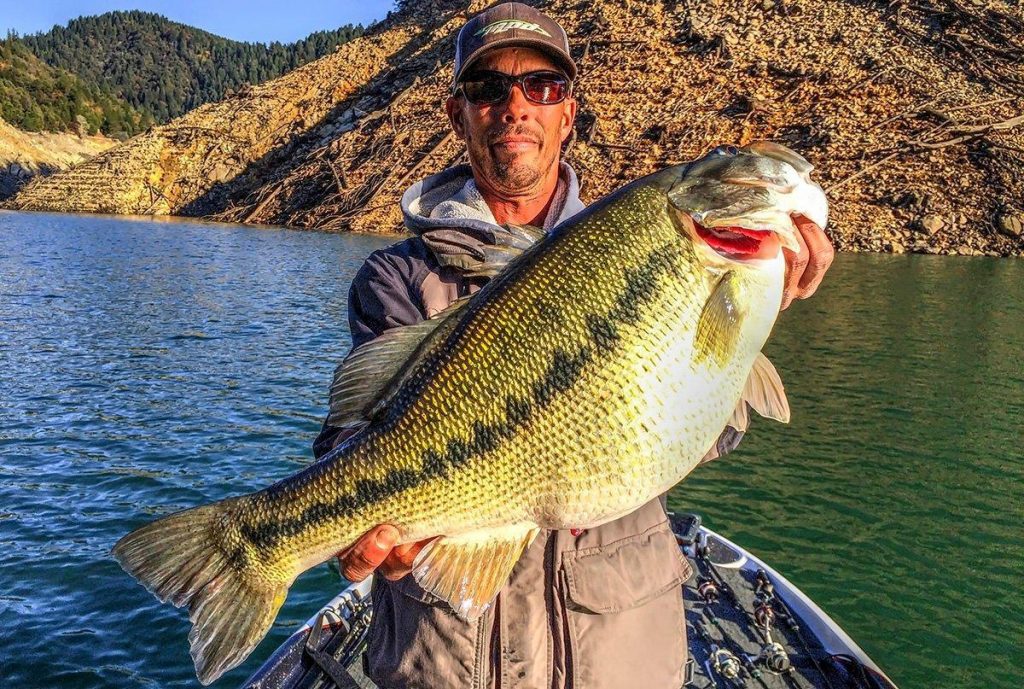 California and “Kentucky” spotted bass seem to go together now like peas and carrots. Well-known western professional and big-bait angler Paul Bailey caught a spotted bass weighing 11 pounds, 4 ounces on what they are calling “Lake X” in California right now to keep the out-of-town traffic to a minimum for a while. We talked to Matt Newman, another well-known western pro angler and owner of iRod who was filming with Paul and Shea McIntee for Stoked on Fishing today. They got the whole catch on film, and it will air on Fox Sports West and StokedonFishing.com in February.

“It was a crazy day today,” Newman said. “We were filming an episode for Shea McIntee’s Stoked on Fishing up in Northern California, and when we hit the water, everything was frosted because of freezing temperatures. We caught a few rats early, but we moved back in a pocket. I cast up in the back of the pocket and felt like one was swimming out with my bait. I set the hook and landed an 8-pound spotted bass, my personal best. So I started doing the celebration dance.

“While I’m back there dancing with my new personal record spotted bass, Paul makes the same cast I just made, and I see him set the hook, telling me it’s another giant. I throw my fish in the livewell as he plays the fish for at least a minute making big runs out in deep water. He finally gets it boat side, and I lip it.

They weighed the fish on their scale at 11 pounds, 4 ounces. They immediately called the California Department of Fish and Game. Unfortunately this where the story takes a dissappointing turn. The duo tried for several hours but could not find anyone at the California DFG willing to come certify the catch. They asked to transport the fish alive to someone who would certify it. Again they got the run around and were told they could not transport a bass alive to another location. They kept trying to get someone to meet them to certify the catch and after many futile attempts, they were forced to release the fish without having it certified by a biologist.

“We didn’t want to kill the fish and wait until tomorrow to for someone to weigh it,” Newman said. “We were so stoked to have caught the fish on film, including weighing it on three seperate scales. So we decided to let it go and hope for the best. We’re not sure what will happen from here, but we’re still stoked.”

Both Matt’s 8-pounder, and Paul’s 11-pounder were caught on 1/4-ounce Picasso Shakedown Shaky heads with 6-inch Roboworm Fat Straightail Worms in Martens Magic. The duo was targeting the backs of deep pockets and would cast shallow and pull the shaky head slowly on the bottom. The bites came towards the anglers so they never really felt the bites. It just felt like they were pulling into nothing so they set the hook.

In fact, after all the craziness of the first two catches, Newman made a third cast to the magic spot. He couldn’t feel his worm dragging and Bailey said that’s exactly what his bite felt like. So Newman set on basically nothing and landed another big spot weighing more than 6 pounds. After that they got giddy about trying to get the record certified and never made another cast.

Newman said at the beginning of filming this morning that “one of us will catch their personal best and one of us might catch a record fish.” Crazily enough — both things happened.

Bailey caught his fish on 12-pound Damiki fluorocarbon leader tied to 10-pound braid on an iRod Genesis II 712 which is a 7-foot, 1-inch medium spinning rod. Newman caught his 8-pounder on 15-pound fluorocarbon line on a 7-foot, 6-inch heavy-action prototype rod from a new line of iRods he is launching in a few months.

Bailey is offering guide trips for trophy spotted bass this winter through his Bailey Big Bait Guide Service, and our intuition tells us he might book a lot of trips after these pictures circulate.

Photos courtesy of Matt Newman and Shea McIntee of Stoked on Fishing. 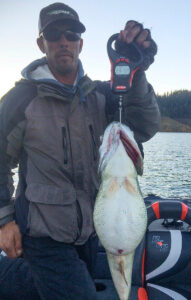 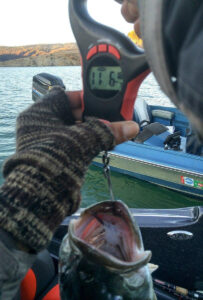 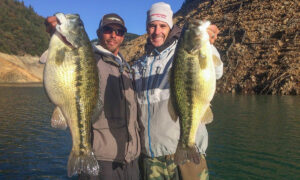 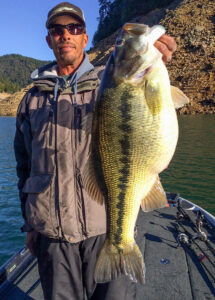