The Satilla River in Georgia just might be the hottest river in the country right now if you’re in pursuit of trophy-sized redbreast sunfish. Known for their hard-fighting nature especially throughout the early summer months, they’re growing like crazy in this remote river system. Just a few days ago, the Georgia record redbreast was broken as Lester Roberts caught a 1-pound, 12.32-ounce fish while fishing a bass fishing tournament. 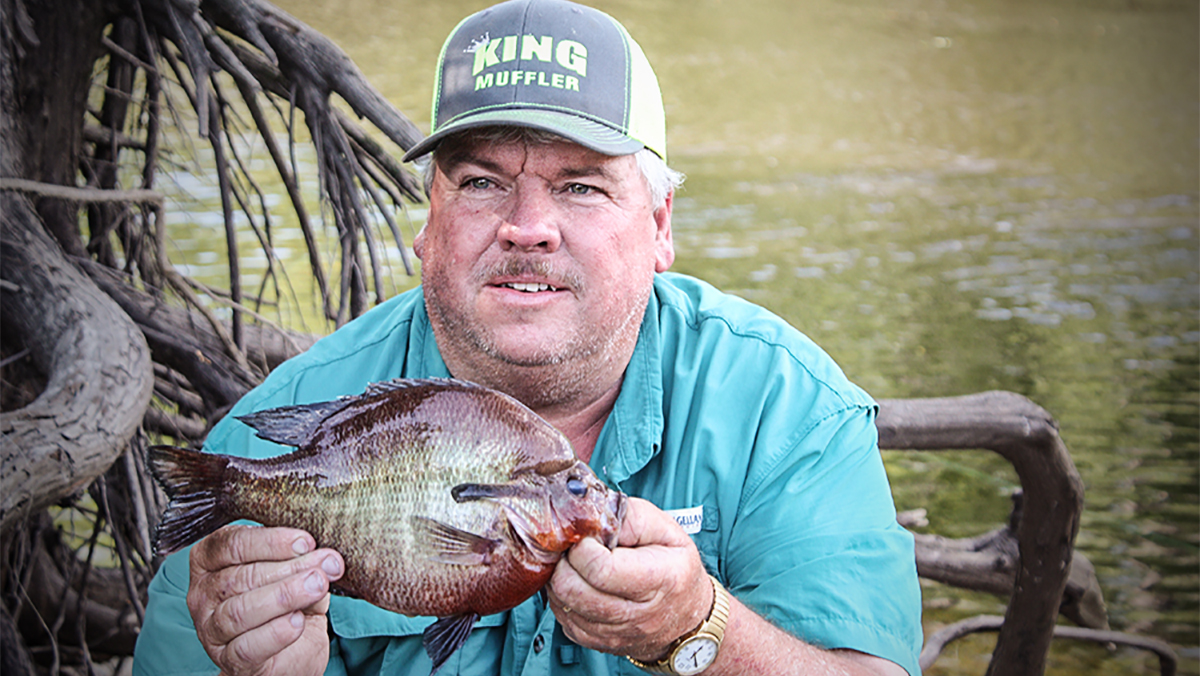 He was fishing with his buddy Whitey Hendrix and according to our friends at Georgia Outdoor News (for their full story click here) they were cranking laydowns with a Bandit crankbait and the possible world-record redbreast smoked the crankbait. Having never seen a fish like that of this size, the anglers kept it and weighed it on a handheld digital scale at the end of the tournament.

Later that afternoon, they took the fish to the Department of Natural Resources (DNR) and got a certified weight on the fish.

Interestingly enough, Roberts is planning to submit an application to the IGFA in order to apply for world-record status. The fish weighs roughly 103 grams more than the current world record so there’s a distinct possibility we might be looking at a legitimately new world record.