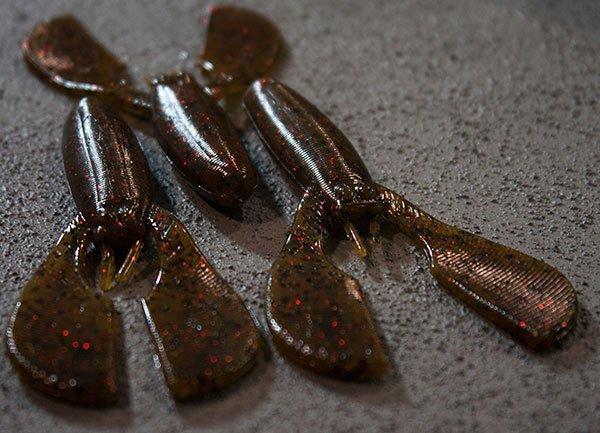 Some of the most basic designs in plastic baits can be the best ones. Finding the best in action and performance combined with durability not only catches anglers, but also fish. I recently ran into another simple design, the Poor Boyâ€™s Baits K.I.S.S. Craw, and I am totally impressed with it. Three characteristics make this a great soft plastic bait for several scenarios.

The Poor Boyâ€™s Baits K.I.S.S. Craw measures just 3.5 inches long, allowing anglers to get into and under very thick cover with ease. Iâ€™ve skipped it under docks, pitched it into thick vegetation and flipped it into heavy cover and I have been thoroughly impressed.

Its compact profile comes through cover very well and it gets down to the strike zone quickly without tangling on limbs, branches or other obstructions. When you get a bite, the hook comes through the plastic very easily, which has increased my hookup ratio. While many compact soft plastic baits may tear and rip easily, Iâ€™ve caught several fish on a single K.I.S.S. Craw without any loss of integrity. 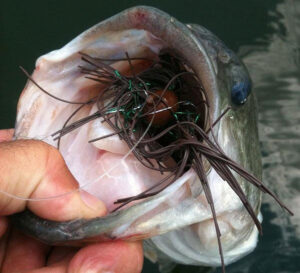 My favorite color is green pumpkin and I like to dye the tips of the pinchers for added flash. I usually use a 1/2-ounce football jig, trimmed significantly to a taper. Iâ€™ve recently been using a dark watermelon and brown green color for stained water applications with a ton of success. As a trailer, the K.I.S.S. Craw works very well stroked off the bottom and hopped in short bursts.

For shallow water and flipping applications, I have caught a lot of bass using conflicting colors. I really like a black/blue jig with the watermelon chartreuse K.I.S.S. Craw for this application.

I have also been fishing the K.I.S.S. Craw on a Custom Cast Lures Closer football shaky head and the body density and oval profile is actually perfect for it. When at rest, the pinchers wave and slowly undulate with even the smallest amount of current. This also means that it emits a lot of action when you barely twitch the rod tip, which has produced a lot of nice bass for me on high pressure, otherwise slow fishing days.

Although its compact profile may not look like much, the K.I.S.S. Craw catches a lot of big bass and I believe itâ€™s due to the unique pincher design. They are nearly 3/4-inch wide and are attached to the body 1/4-inch from the head of the bait. 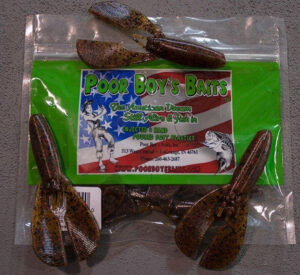 They blend very nicely into the cigar butt-shaped body and are segmented with light, serrated lines that catch a ton of water. As these lines trap water on the fall, it causes the boxing glove-shaped claws to kick like crazy. This wild action has allowed me to utilize this small bait in both deep and muddy water situation due to the increased water displacement.

The Poor Boyâ€™s Baits K.I.S.S. Craw is priced at $4.99 per 10-pack, and I definitely suggest trying a few if youâ€™re looking for a compact flipping and pitching bait or jig trailer that will move a lot of water. They hold up well and are very reasonably priced.

The Poor Boyâ€™s Baits K.I.S.S. Craw is available at TackleWarehouse.com. 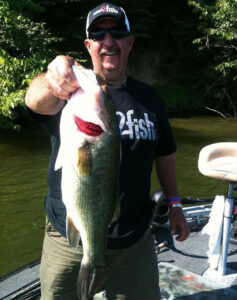