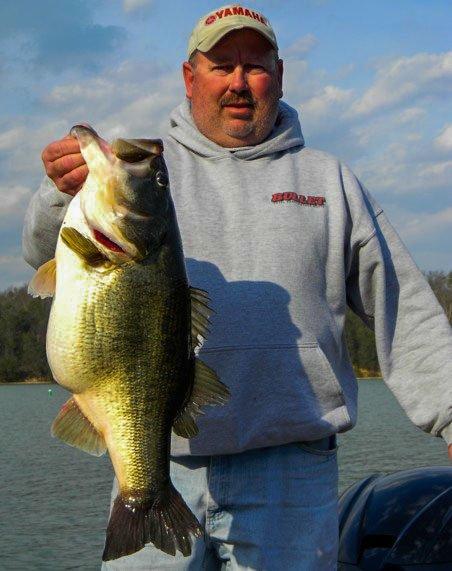 Tennessee angler Chris Coleman caught what appears to be the new Lake Chickamauga record largemouth bass. although official weights for the lake have been hard to verify. The fish weighed on certified scales with Game and Fish officials and witnesses at 13.90 pounds, less than a pound off the state-record bass caught in 1954. The fish came from what is arguably the hottest bass fishing lake in the TVA chain for big bass. We reported recently about the big limit of bass weighed in a March tournament weighing more than 44 pounds. Now the lake is kicking out 14 pounders and many believe the next state record is swimming in the waters.

According to a report from Channel 3 Outdoors in Chattanooga, the lake is nutrient and forage rich right now making for some excellent bass fishing, especially with those folks throwing the umbrella rigs with multiple swimbaits that have been very popular on Tennessee River fisheries the last few months.

“Chickamauga Lake is kind of the perfect storm right now,” said TWRA Biologist Mike Jolley. “The habitat [aquatic vegetation] has done well, and you’ve got a good forage base. It’s a rich environment right now and there’s no doubt that the current TWRA stocking program levels out some poor year classes.”

The fish was released alive back into the lake after being weighed and certified by officials.