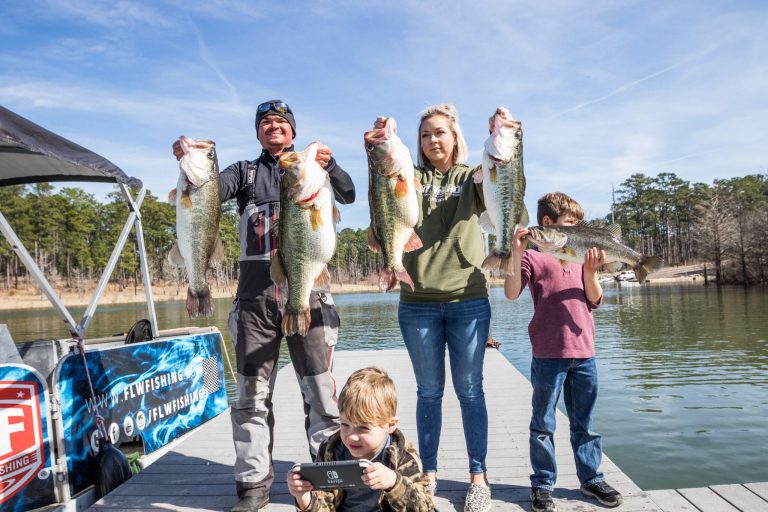 Toyota Series angler Derek Mundy of Broaddus, Texas, brought a five-bass limit to the scale Saturday weighing 18 pounds, 7 ounces to win the three-day Toyota Series presented by A.R.E. at Sam Rayburn Reservoir presented by Berkley in Brookeland, Texas. Mundy’s three-day total of 15 bass weighing 70-11 earned him the win by a 14-pound margin over second-place angler Jason Bonds of Lufkin, Texas and earned Mundy the top payout of $44,150 in the first tournament of the 2021 Toyota Series Southwestern Division.

The Broaddus, Texas angler started off the year by crushing 40 pounds, 10 ounces â€“ with an 11-10 kicker â€“ to win a Phoenix Bass Fishing League presented by T-H Marine event on Sam Rayburn just a few weeks ago. In just under a month, Mundy became the only angler alive with two of the top 10 biggest single-day weights in MLF history.

Mundy said he caught fish from grass during the tournament, but all of his big fish, including a massive 13-10 kicker on Friday â€“ the third-largest bass ever weighed by a pro in Toyota Series history â€“ came from offshore.

“I was throwing [a lipless crankbait] in grass to try and bail me out when I couldn’t catch them offshore,” Mundy said. “They like a red ‘trap on Rayburn and you can catch a big bag with it.

“But all of my big fish came from hard spots in little transition areas,” he continued. “I fished probably five or six throughout the week. Sometimes I’d rotate through the same ones trying to catch them when they’d set up right. When we get hard winds like we had on Saturday they get up off the bottom and like to roam around and chase gizzard shad.

“Toward the end of the day, I knew I needed to pull something out of the hat,” Mundy said. “So, I picked up my No. 1 confidence bait for this time of year and that 10-pounder bit on my last cast.”

That confidence bait was a Strike King 8XD. Mundy said he builds his own rods and opts for Lew’s Super Duty Wide Speed Spool  reels for his big crankbaits, throwing anything from 15- to 20-pound-test fluorocarbon line, depending on what depth he’s trying to target.

Fishing the tournament out of a borrowed boat due to a blown motor on his, Mundy said he was hoping to make a little money to be able to pay for the engine. With over $50,000 in winnings this month, that shouldn’t be much of an issue.

“That should get me [a motor] and still leave me with a little money to play with,” he laughed. “This is amazing. It really is.” 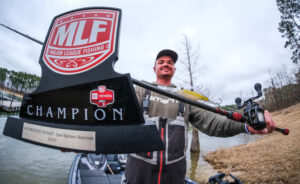 The top 10 pros on the Sam Rayburn Reservoir finished: