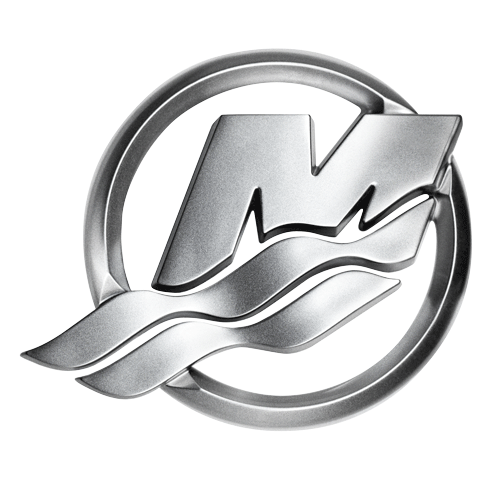 Despite the naturally aspirated engine’s remarkable small size and low weight, the new 150 hp outboard by Mercury boasts a 3.0-liter, four-cylinder in-line configuration that easily creates superior power for single or twin applications â€“ from the lightest flat skiffs to the largest saltwater offshore hulls. In fact, it has more displacement than any other 150 hp four-stroke engine, yet it delivers fuel efficiency at cruising speed that no other engine can beat.

â€œWe listened to what boaters were asking for and then set out to build the ultimate 150 horsepower outboard,â€ said Mark Schwabero, president of Mercury Marine. â€œThe finished product is an engine that is incredibly durable â€“ more durable, in fact, than any other 150 ever built â€“ but is actually lighter than the less-durable engines of our competition. It delivers great fuel efficiency and tremendous performance.

â€œI believe we accomplished exactly what we aimed for; this engine is a perfect addition to our wide breadth of four-stroke engines.â€

More about the new motor from Mercury:

The new 150 FourStroke is designed, built, and tested to be the most reliable and durable 150 hp four-stroke on the planet, which means it will start and run consistently and last longer on any body of water anywhere in the world. The new 150 FourStroke has endured severe field testing in applications as varied as cold 20-foot saltwater swells off the west coast of Canada to commercial fishing in the warm waters of the Bahamas and the unprotected seas around Guadeloupe in the French West Indies. The 150 FourStroke handled thousands of hours of hard-core severe duty, real-world testing in applications the average boat operator will never endure â€“ all with flying colors.

The massive torque curve of the new 150 FourStroke ensures that even the heaviest boats will plane quickly. And if you’re looking for room to fish, this multi-use engine fits nicely under poling platforms on flats boats and in pontoon motor wells, and is easier to fish over and around than all competing engines of equal horsepower.

It’s also the perfect option for boaters choosing to repower their boats, especially older models with transoms not designed to accommodate the weight of conventional four-strokes. Mercury’s new outboard is by far the lightest 150 hp engine, weighing just 24 pounds more than the popular Mercury OptiMax 150 direct-injected two-stroke. With almost 20 percent fewer parts than a Yamaha F150, the Mercury 150 FourStroke proves that technology can be used equally well to deliver durability and performance while simultaneously reducing package size and weight.

â€œThe new Mercury 150 is class-leading in every respect but we particularly focused our attention on being a stand-out in the areas that our customers told us really matter to them; quality and reliability; smooth operation; a great torque curve; low weight and compact size; excellent fuel economy and easy maintenance,â€ said David Foulkes, vice president of engineering at Mercury. â€œWe started our engineering efforts by listening hard to our customers, and then we executed the most effective possible design to meet their needs. â€œ

Whether you run in saltwater, freshwater or both, Mercury’s new 150 hp FourStroke provides the satisfaction and solutions that boaters have asked for since production of the first marine engine.

As the country and the world recover from the worst recession in history, boaters will find Mercury’s new 150 delightfully easy to maintain, long-lasting and worry-free in a size, weight and horsepower that fit not only premium boats but mid- and entry-level vessels as well.