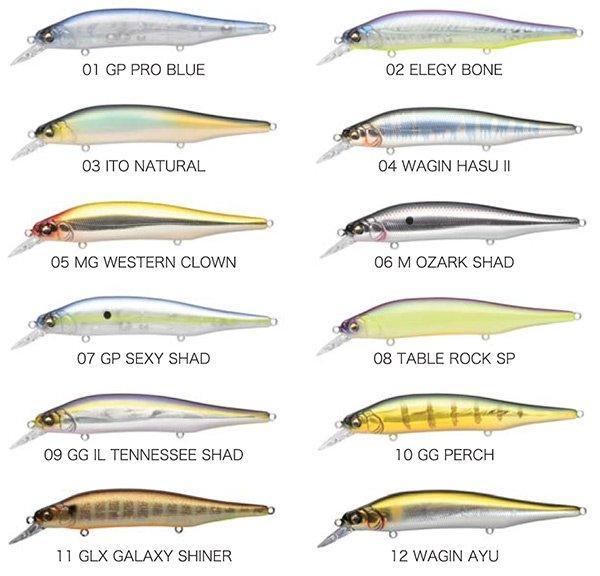 Some fishing lures stand the test of time, while others seem to create their own time. The Ito Vision 110 from Megabass set a new standard for bass fishing jerkbaits, and from our initial tests, it seems the Megabass Ito-Shiner jerkbait may do the same thing again for high-end, highly effective jerkbaits.

All of us at Wired2fish are big fans of the Ito Vision 110 when it comes time for jerkbait season, but this year, I put my 110s down and started throwing the new Ito-Shiner designed by Yuki Ito, the father of the Vision 110 jerkbait.

There are several things I like about the Ito Shiner that I think other anglers will find useful in their bass fishing. Northern anglers hit prime time jerkbait season around May, and I can see a lot of smallmouth getting their feelings hurt with this new jerkbait from Megabass.

The features that will matter most to bass anglers would include the following:

The TTWOS might sound like a complicated way of describing how anglers will be able to cast the Megabass Ito-Shiner farther than many other jerkbaits. The jerkbait itself has a good weight, but the three tungsten balls, transfer to the back of the lure on the cast enabling anglers to launch the bait at a high rate of speed achieving longer distances.

The weight system also seems to cut down the helicoptering and control of the casts in windy conditions.The three tungsten balls then transfer forward and give the bait a more horizontal orientation in the water for a great action when jerked and twitched.

The increased distance from the three tungsten weights was actually designed that way with shore anglers in mind. Many bass fishermen in Japan fish from shore and this bait was meant to get them further out there in places they couldnâ€™t reach with other jerkbaits.

When you jerk the jerkbait, the lure exhibits a sharp darting action that Megabass claims is 30 percent greater than the original 110. Now in super cold water, the 110 might actually be better, but we fished the Ito-Shiner in water from 45-55 degrees and was able to boat several nice bass that seemed to really react to the action of the Ito-Shiner

I noticed the bait had more side to side play and seemed to kick out better on erratic retrieves. It jerks well on both baitcasting and spinning gear alike. The bait has a great weight to it that really lets it load up so the angler can feel what heâ€™s doing with each jerk of the lure.

The lip has a unique cup in it that I think also contributes to the flashiness of the bait on a hard jerk. I think the darting action is sharp and unique and that usually makes for a great jerkbait. You donâ€™t want a jerkbait that just darts forward like a stick on each jerk. You want it to flash, roll and streak off to one side or the other. Then when you get into a cadence, you get a lot of appeal to it.

I had several bass bite the jerkbait on a dead sit after a jerk. And I caught several that bit in the middle of a series of jerks. Thatâ€™s a testament to a well made jerkbait when the bass will bite it sitting still and on the move.

I keyed on fish suspending off shallow areas with deep water nearby. I was able to catch bass up shallow on the jerkbait and also out suspended over 20 feet of water. Itâ€™s a pretty versatile jerkbait with a good action.

I tested one in the GP Pro Blue color. I also really like the Table Rock SP, Elegy Bone and Ito Natural.

The bait itself has a slightly humped back that obviously contributes to the darting action. Itâ€™s 4 1/2 inches long, weighs 1/2 ounce and comes with three No. 4 Megabass hooks in 14 colors. Itâ€™s slightly longer than an Ito Vision 110 and a bit taller as well. So youâ€™re getting a different profile all together in the water while also getting a different action.

I like that because when itâ€™s jerkbait season, I will have 4 or 5 baits on the deck. Just like when itâ€™s a hot crankbait bite. Iâ€™ll keep baits with different colors, actions and profiles and keep mixing it up until I figure out what the fish want.

Fishing tackle is often about options. And I think the Megabass Ito-Shiner is another fine addition to an already great line of jerkbaits from Megabass.

You can find this jerkbait at Tacklewarehouse.com, Megabassusa.com and other retailers that carry Megabass jerkbaits. 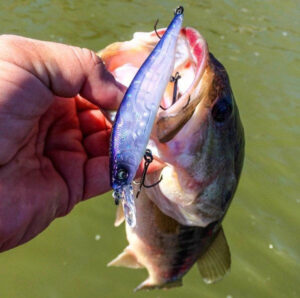