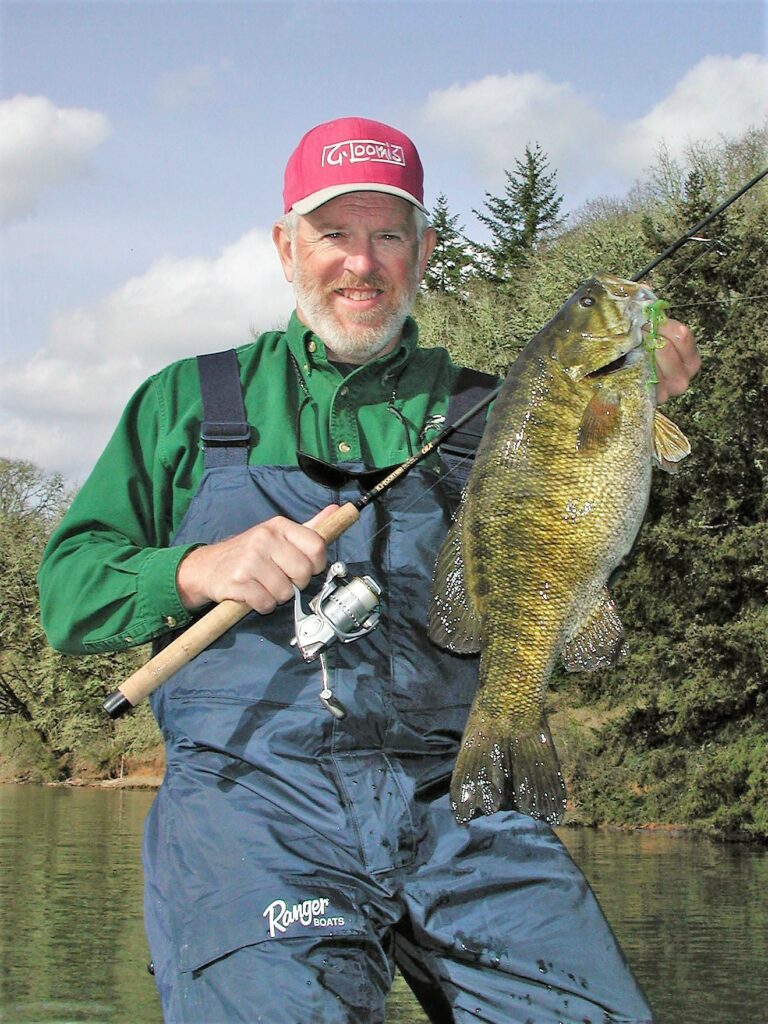 Bruce Holt, who is largely credited with bringing G.Loomis to prominence in bass fishing, passed away earlier this week after a hard fought battle with cancer.

“I lost both a close friend, mentor, boss, fishing instructor, and I could go on and on,” said John Mazurkiewicz. “Bruce Holt was truly one of a kind. While Gary Loomis started that little fishing rod company is Woodland, WA, Bruce gave it its heart and was so much responsible for its growth – especially in the bass fishing world.”

Here is brief rundown of Bruce’s contribution to fishing from his retirement announcement in 2019:

Culminating a 45-year career in the fishing and hunting industries, including the last 34 years in senior executive positions with G. Loomis Rods, Bruce Holt retired in 2019 to his home in Washington with his family.

During his stellar career at G. Loomis, Holt had a key role in the manufacturer’s rise to being one of the world’s most highly respected, high-performance rod makers. An avid bass angler, Holt played a large part as G. Loomis expanded its salmon and steelhead rod roots from being located in the Pacific Northwest to a major emphasis on the bass fishing market, along with rods designed for both inshore and offshore saltwater use, and specific actions for walleye, trout and panfish anglers among other species. He was one of the first in the fishing industry to host media and dealer trips to showcase the fish-catching features of G. Loomis rods in big bass lakes in Mexico and peacock bass in Brazil, along with those special fishing locations he was always looking to discover.

Holt contributed to G. Loomis’ success in numerous positions over the years, from being in charge of sales and marketing before Shimano’s acquisition of the company in 1997, to a nearly a decade-long stint as executive director and then returning to his media communications and public relations role the past nine years. He gave back to the industry by serving on Bass Fishing Hall of Fame board of directors for 10-plus years, including being the Board vice president during major decisions about the Hall’s future. He was a member of the National Freshwater Fishing Hall of Fame Selection Committee and made sure G. Loomis supported the various fishing organizations including the International Game Fish Association, B.A.S.S. and Fly Fishers International among others.

“Bruce spent his career at G. Loomis as the guiding light for the company, always keeping the G. Loomis brand mission in focus and that angler expectations were fully realized by all involved in product development, manufacturing, sales and marketing,” said Dave Pfeiffer, president of G. Loomis’ parent company Shimano North American Fishing, Inc. “He’s been a huge part of the company since its beginnings and will continue to be a vital member of the G. Loomis team even into his retirement. I’m sure Bruce will be anxious to test any new bass rods whether he is on the payroll or not.”

Holt always expressed being blessed for the opportunity to work in an industry full of good people. “I’ll miss seeing and talking to them, but I’ll always remember them, especially the folks at the G. Loomis factory and Shimano because for me it’s always been about the people!,” Bruce said. “I’m proud of our accomplishments as a team and even prouder to call them my friends. Not many people get to work at a job built around their love for fishing. A big thanks to my family for supporting me and my travels over the past 34+ years. It couldn’t have done it without them.”