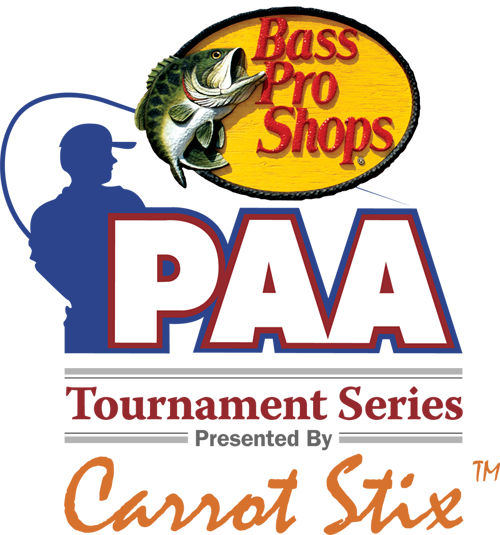 American National pro Shane Long figured his 20 years of experience on Table Rock Lake and the “four swimmers and a 5-pounder” he caught Saturday would be enough to clinch the PAA Bass Pro Shops Tournament Series presented by Carrot Stix.

When the scales settled on his limit, the Missouri native had his first major win and knocked off some of professional bass fishing’s top names to do it. Long finished with a three-day total of 42.34 pounds, besting runner-up and veteran Megabass pro Aaron Martens of Alabama by almost six pounds.

Long is no stranger to competitive fishing, having plied Table Rock and other Ozarks lakes for years. That definitely helped him, and other Missouri pros among the leaders, with the autumn transition of bass and shad from deep to shallow water.

Long won $5,000 and a new Nitro Z-8 boat rigged with a Mercury Optimax 225 and T-H Marine Atlas Jackplate. He hoisted the champion’s trophy Saturday evening before a crowd of fans and family at The Fountain at Branson Landing.

Two days of practice keyed him in on some specific areas where bass were holding as deep as 50-60 feet below docks before they moved into shallow areas. He took Tuesday’s practice day off to finish rigging a new outboard and breaking it in on another lake, and then climbed from ninth to first place on the second day before putting it away Saturday.

“I had a pretty tough start in practice, found a few things and then things came together during the tournament,” Long said. “I just did the best I could and it all worked out.”

Long threw a white Luck E Strike “3-J” jigging spoon on 20-pound test Seaguar fluorocarbon on a Falcon crankbait rod. The spoon has been out of production for years but is reportedly coming back to the market.

“I’ve won other events earlier this year doing the same thing,” Long said. “The floating docks are just another piece of structure and some fish were on the bottom 50-60 feet deep. I would throw to the back of a boat slip and let it fall to the bottom. The fish catch on way down or when it hits bottom, and if it hits bottom I’d jerk it up, wind 4-5 times and then hit the button to let it fall again. It’s just a reaction bite. They see it screaming by them and they grab it.”

Martens found himself on the hot seat for much of the final weigh-in after bringing in a limit weighing 14.21 pounds that put him atop the leaders.

Table Rock is one of his favorite lakes and he finally got keyed in Saturday. He said after the first day he believed 14-15 pounds a day was possible, but lost a few key fish that kept his weights below expectations.

Martens threw a drop shot and football jig around deep brush all week.

“The fish were dispersing and not really relating to anything,” he said. “I could see them on the graph 20-30 feet down and would drop a bait on them.”

Biffle worked his Gene Larew “Biffle Bug” and Hardhead jig in shallow water, which is nothing new for him. But he, like Martens, didn’t get keyed in on his largemouth bite until it was too late.

Saturday, he sacked 16.45 pounds and had a 6.21-largemouth that almost unseated Martens. But that was good enough to propel Biffle to the PAA Tournament Series Angler of the Year title, his first in more than two decades.

“The first day I fished out a little deeper in some deep brush because I didn’t think they were that shallow,” he said. “I couldn’t get anything flipping or see any and I was flipping too deep. They were all up there in less than a foot.”

Table Rock was falling several inches a day, Biffle said, and that threw him off despite thinking about throwing the Bug while driving to the tournament.

“I got it into my head that it had backed them out,” he said. “The first day I caught two smallmouths and a spot, but no largemouths. They were all super-shallow. The second day I was catching shorts again and knew it wasn’t going to get it done. When it slicked off and the wind quit blowing, I decided to go flipping and it was on from then.”