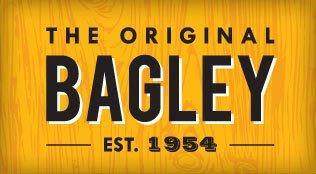 According to BagleyBaits.com and the Bagley Baits YouTube channel, Jarmo Rapala and Bill Cullerton now own and run the new Bagley Bait Company. Their website just has a graphic with a blurb of information and place to sign up to be notified about the upcoming releases from Bagley’s. Jarmo Rapala is listed as the Chief Lure Designer while Bill Cullerton is listed as the President.

They plan to relaunch a bunch of the famous styles and the quality that the original company was known for in the original designs. There have been quality issues with the designs over the last several years and the old versions of the crankbaits became a pricey hard-to-find prize. Now Cullerton and Rapala are planning to team with Lee Sisson who is one of the original designers of the early baits and is now listed as a Consultant to the new Bagley’s.

Watch this video from Jarmo, Cullerton and Sisson about what the new Bagley’s will bring to the market. Stay tuned for more details.