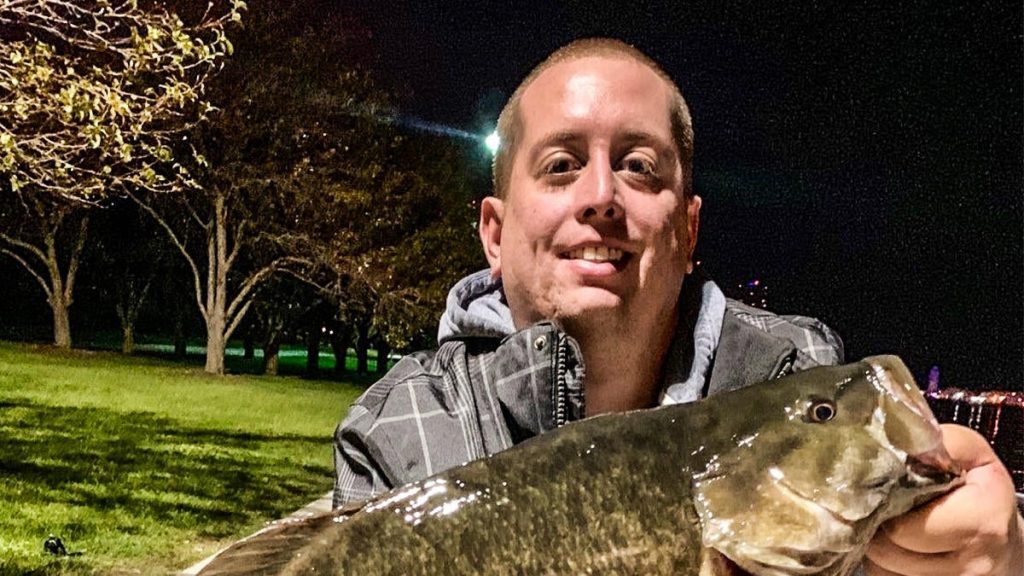 When angler Joe Capilupo went fishing Monday night at Monroe Harbor from the downtown Chicago Lake Michigan shoreline, he had no idea he’d end up smashing a longstanding record. But as it turns out, Capilupo landed a 7-pound, 3-ounce smallmouth bass that shattered the 1985 state record of 6 pounds, 7 ounces.

Capilupo and two of his fishing buddies were night fishing from shore, where they target smallmouth several times per week. At 10:50 p.m., just 10 minutes before the park was scheduled to close, the monster smallmouth hit. Once they weighed the fish on handheld scales, they were pretty sure they had a chance at breaking the state record. That’s when Capilupo, a corrections officer, contacted a friend who rushed to a nearby Walgreens to buy large garbage bags. Their plan was to transport the giant smallmouth in water-filled garbage bags to get an official weight on a certified scale, while aiming for a live release after the weight was recorded.

At of the time of this writing, the record smallmouth is being meticulously cared for. Biologists plan to allow the fish to recuperate overnight in a special holding tank before being released back into Lake Michigan. Capilupo will have a replica made.

It was caught on a very popular finesse bait 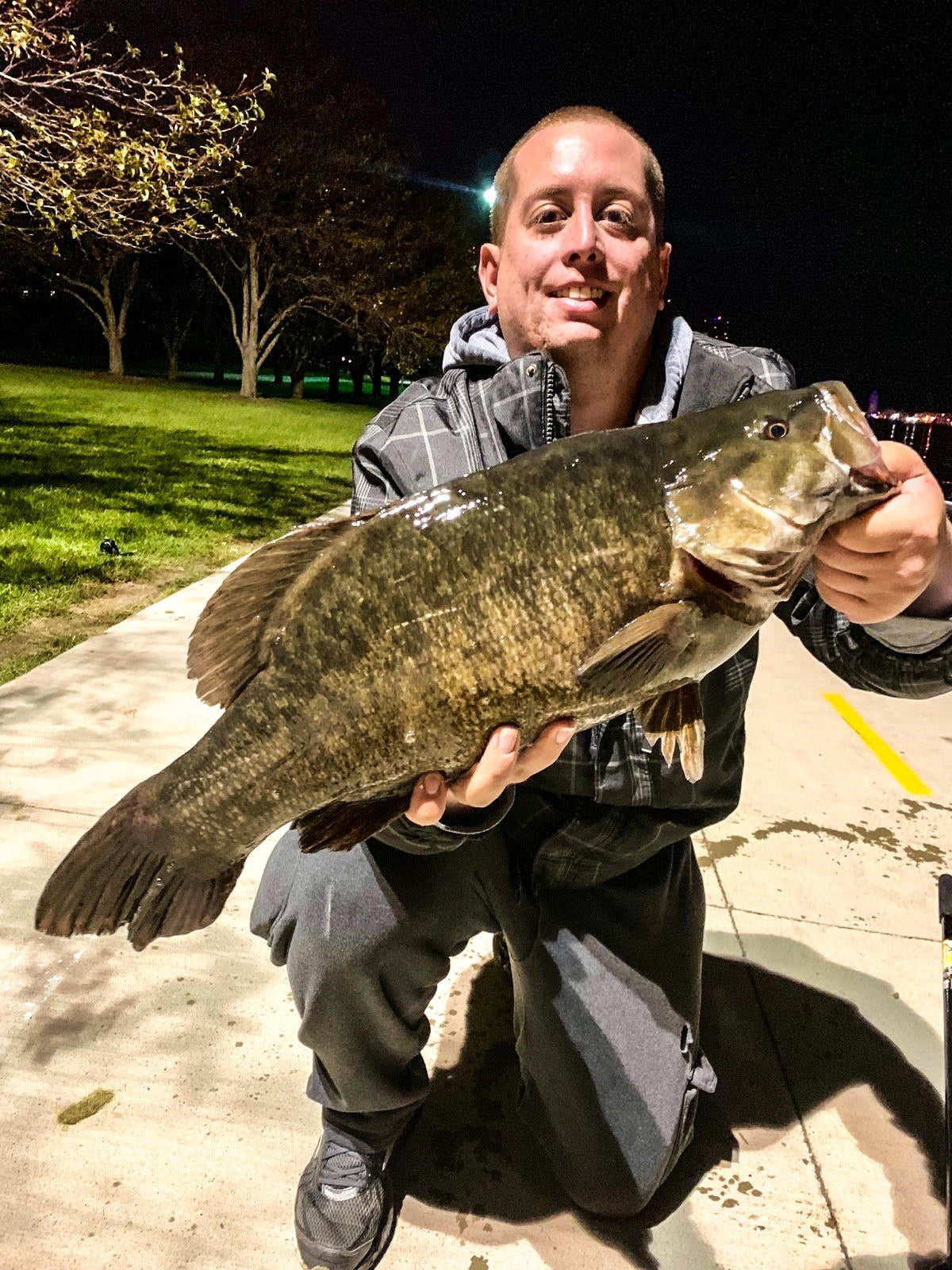 Capilupo caught the record smallmouth on a Z-Man Finesse TRD in California Craw color. He and his fishing buddies rely on this bait regularly when chasing smallies on Lake Michigan. 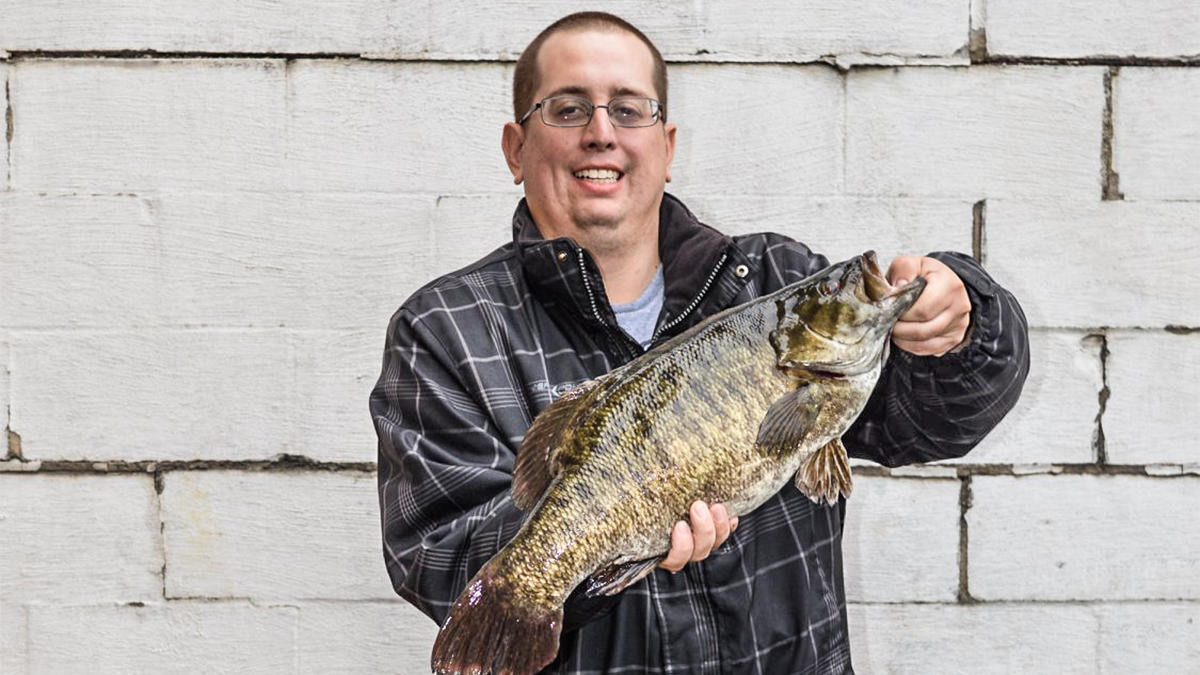 An official weight is recorded 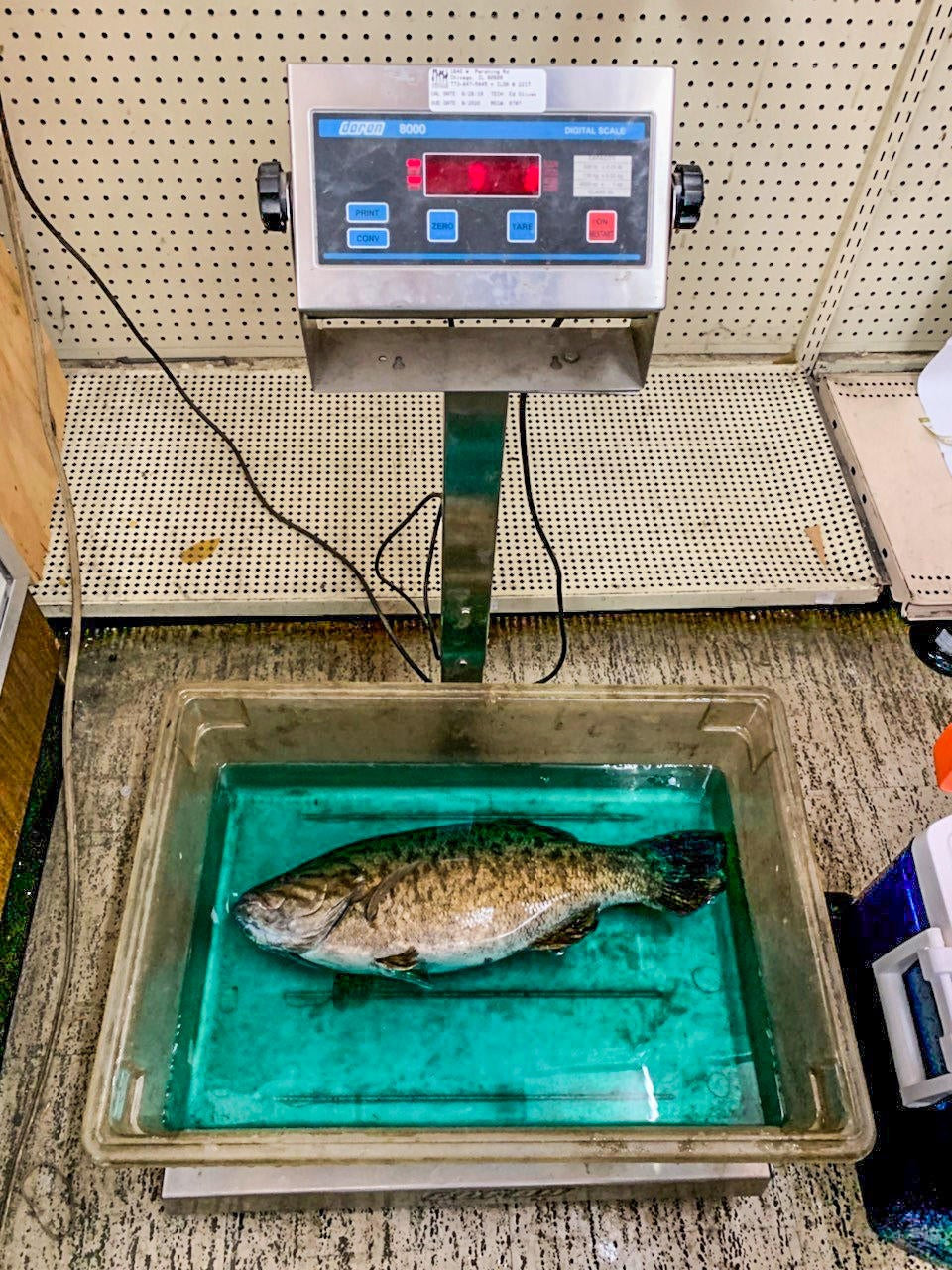 According to the Illinois DNR, this fish breaks the previous Illinois smallmouth record by 12 ounces. The 1985 record was caught from a strip mine lake in 1985.