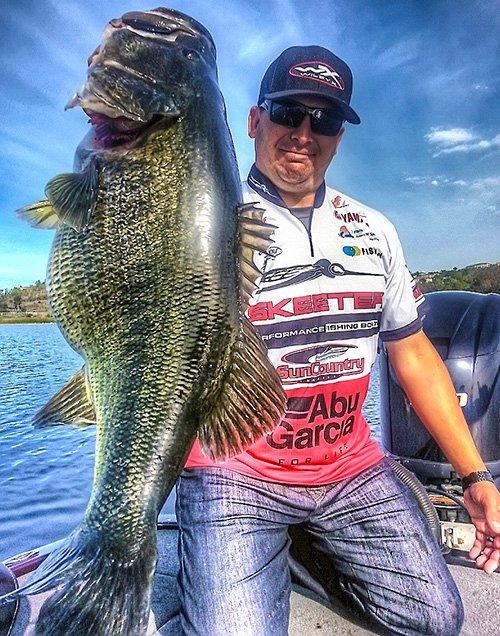 Justin Hanold is a pretty good stick. And catching big bass is not really anything new to him. But he has to be impressed with his recent feat. We sure are.

Hanold boated a bass weighing more than 17 pounds this week on Miramar Reservoir in Southern California. His bait of choice was a modified 8-inch Huddleston Trout that he lobbed up by a dock and let sink on slack line while he answered calls and texts on his cell phone. Next thing he knows, he’s in the fight of his life with a giant bass. And to our knowledge, he holds claim to the largest bass landed this year thus far.

For a full report on the catch and several other pictures of Hanold’s big bass and another nearly 14-pound bass he caught last week, visit this link to sdfish.com.