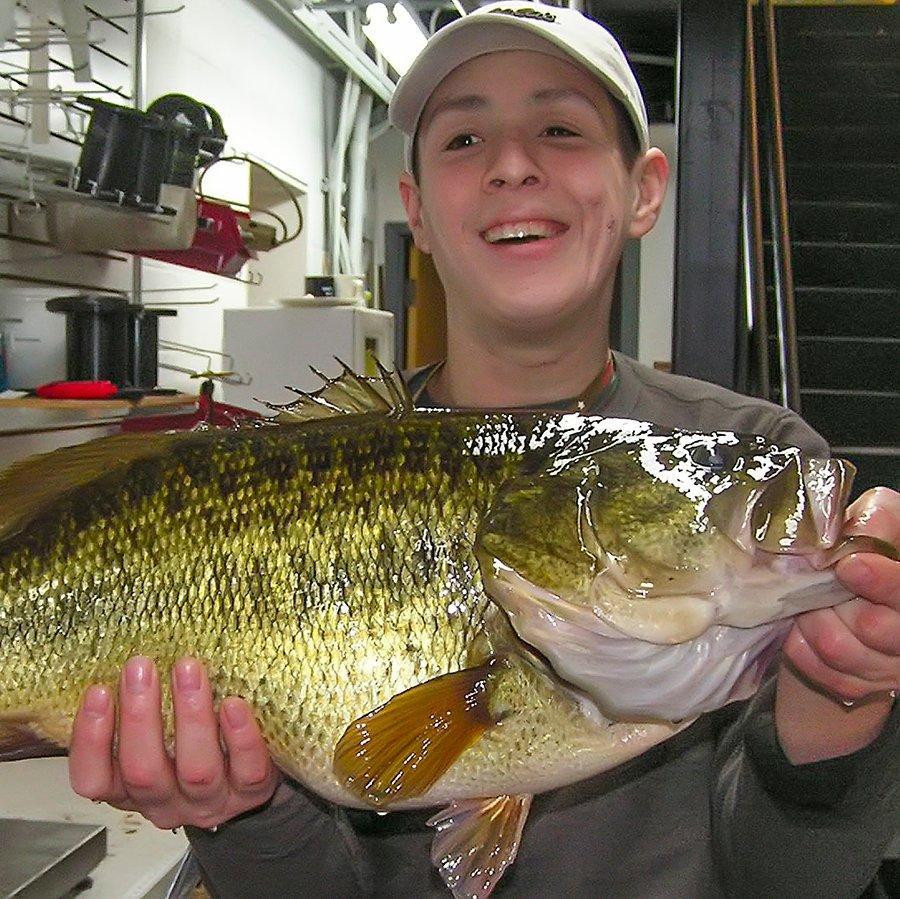 Largemouth bass weighing more than 10 pounds are not exactly common. They are even less common when they are northern strain largemouth in the northern tier of the country. AJ Klein, of New Castle, Delaware caught one this weekend that will have people talking for a while. Klein landed a largemouth bass weighing 11.10 pounds from Wagamons Pond near Milton, Del. and was certified as the new Delaware state record largemouth bass. The fish was 27 inches long and had a girth of 20 1/2 inches. It broke the previous record of 10 pounds, 10 ounces also caught from Wagamons Pond in 2012.

While fishing on Wagamons Pond with Joe Lattis, fishing was a little slow for the first 4 hours. Lattis had one bass and Klein had a 1 1/2 pound yellow perch. They were picking up to leave and head to another pond, when Klein fired a long cast out to the middle of the pond.

“I was slow rolling a Bleeding Shad Strike King Premier Plus spinnerbait, letting it drop and bounce along on the bottom,” Klein said. “On one of the drops the fish hit. It was a subtle hit, and I set the hook and thought I was snagged. Two seconds later my line dropped, and I had a crazy fight on my hands. It lasted for 2 minutes. I was fishing with Joe Lattis out of his boat, using a Daiwa Megaforce rod I bought on eBay. I was using an Abu Garcia Hank Parker baitcaster with 14-pound Berkley monofilament line.”

“People are telling me this is big, but it still really hasn’t sunk in that I’m receiving so much attention over this fish.”

Klein had the fish weighed at Bill’s Bait and Tackle and was verified by Sgt. Trimmer of the Delaware Fish and Wildlife’s Natural Resource Police. After the fish was certified, Klein and Lattis released the fish back into Wagamons Pond alive.

“The health of that beautiful beast was Joe and I’s primary concern through the whole process,” Klein said. “Joe has taught me almost everything I know about bass fishing. He is my mentor and my good luck fishing buddy!”

The 36-year-old Klein has been bass fishing in Delaware for just a year and a couple of years for smallmouths in Maine before that. He had just purchased the spinnerbait before the trip at a local tackle shop.

Check out all these photos of that awesome fish! Congrats AJ on the catch of a lifetime! 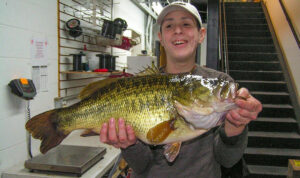 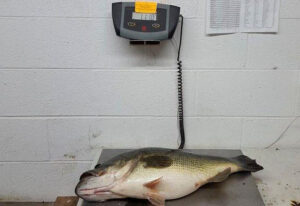 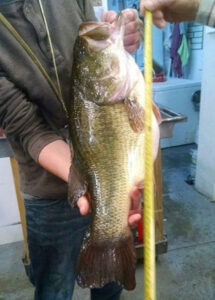 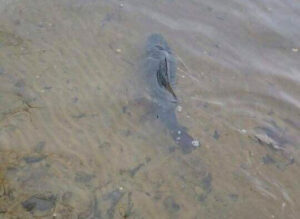