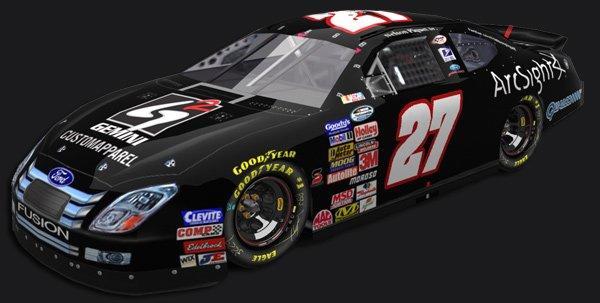 Baker Curb Racing announced today that G2 Gemini Custom Apparel will be a sponsor of Nelson Piquet’s No. 27 Ford Fusion for Saturday’s Zippo
200 at the Glen. The Minnesota-based company provides custom apparel for worldwide customers in several industries, including; fishing, bowling and shooting and has supplied the Baker Curb Racing team with custom crew shirts that they will be wearing at the track this weekend. Joining G2 Gemini Custom Apparel as sponsors for the Zippo 200 are ArcSight, Qualcomm, AutoTrac, Alpinestars and -273.
Piquet Jr. will be making his NASCAR Nationwide Series debut Saturday. He made his  NASCAR debut at Daytona International Speedway in   February finishing sixth in the 2010 NextEra Energy Resources 250 NASCAR Camping World Truck Series race. He has recorded three top- 10 finishes in four Camping World Truck Series starts in 2010. The Brazilian driver has also made three starts this year in the ARCA Racing Series, qualifying in the top-10 for all three races. He captured the pole for the Rattlesnake 150 at Texas Motor Speedway and went on to register an ARCA Series-best finish of ninth.
Next